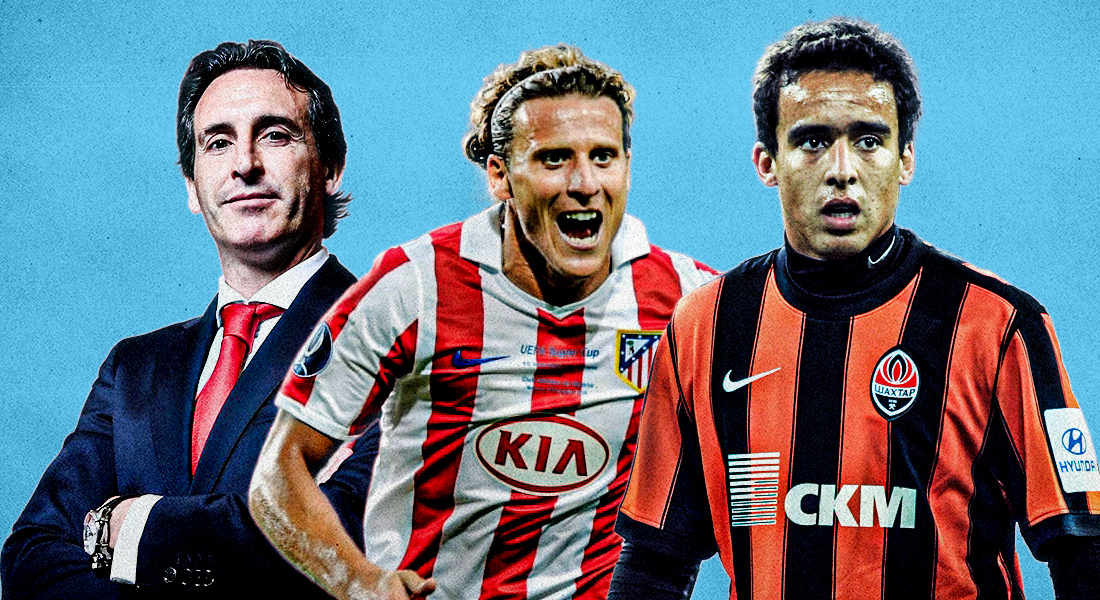 Villarreal look to lift the UEFA Europa League for the first time in their history in Gdansk on Wednesday after faltering three times previously in the semi-finals in the past.

The clash against English giants Manchester United, potentially without their captain Harry Maguire, who have won the competition previously in 2017, looks to a be mouth-watering one as the Spanish side come into the fixture with a hard-fought loss against La Liga runner-up Real Madrid.

In the build-up to Wednesday focus event, we, at FootTheBall, bring you a list of the 10 best Europa League/ UEFA Cup finals to have happened throughout the competition’s 150-year history.

The Westfalenstadion in Dortmund, Germany hosted the 2001 edition final of the UEFA Cup which was contested by English giants Liverpool who were making a third final appearance and Deportivo Alaves, who as expected were given no chance before the game had started.

After entering into the game with two trophies already in their hands, Liverpool took a quick 2-0 lead thanks to strikes from Marcus Babbel and Steven Gerrard. But the scenario completely changed when Alaves scored in the 26th minute and added two more after half-time through Javi Moreno.

Although Robbie Fowler made it 4-3 in the 70th minute, a dramatic Jordi Cruyff equaliser late on took the tie to extra-time. It was even more frantic in extra-time as the golden goal rule was in place and Liverpool had put the ball in the net twice, but both were ruled out for offside.

Alaves had two players sent off in extra time before an own goal by Delfi Geli handed Liverpool their third trophy of the season.

Three years after Diego Maradona stimulated Argentina’s World Cup win in 1986, the genius attacker was expected to do the same for Napoli in Europe.

Napoli, as expected, were the favourites to win at the Stadio San Paolo against Stuttgart, but the visitors took the lead in the first half and held it until the final 15 minutes after which a Maradona penalty and a late goal secured the hosts a 2-1 win.

Taking the momentum forward to the second leg, Napoli took an early lead through Alemao but soon it was cancelled out by Jurgen Klinsmann. Just before half-time, Napoli took the lead to make it 2-1 and soon it became 3-1 after Careca scored.

But Stuttgart made a late push, by scoring two goals in the final 20 minutes, including one in the final minute of regular time which made for a thrilling finale and Napoli just about held on for their first only major European trophy.

Two years after Koln had lost the final to Real Madrid, Bayer Leverkusen entered into the final to complete a German revenge over a Spanish side, Espanyol.

Espanyol appeared to have taken the tie away from Leverkusen during a 11-minute blitz either side of half time in the first leg in Spain, as a brace from Sebastian Losada either side of Miquel Soler strike put the hosts in command.

The aggregate scoreline remained the same until the hour mark of the return fixture in Germany, when the hosts initiated a thrilling second-half comeback to level things up and force extra time.

The extra-time ended goalless to send the final into penalties where Leverkusen missed their first kick but then scored their next three while Espanyol missed three final attempts after which the German revenge was completed.

In 2003, Porto faced Celtic in the UEFA Cup final and around 80,000 Celtic fans travelled to Seville to cheer for their team. No Portuguese or Scottish team had won the tournament before this match, and it was Jose Mourinho’s Porto who came out on top.

Derlei scored for Porto in first half added time, but parity was restored quickly by Henrik Larsson that triggered a few thrilling minutes at the start of the second half. Seven minutes after the restart, Porto took the lead but once again, Larsson equalised and took the game to extra-time.

It was a significant occasion when Ipswich and AZ Alkmaar met in the 1981 edition final of the UEFA Cup. Both were appearing for the first time in a first European final, having beaten Koln and FC Sochaux, respectively in the semi-finals.

The tie began at Ipswich’s Portman Road and the hosts were a damaged squad, players carrying injuries and playing through the pain until the final. Their determination and courage paid off as they romped to a 3-0 victory after which one could have said that the tie was over.

And away from home too, they took the lead just after four minutes but that changed when AZ were 2-1 up 20 minutes later. It was 3-2 at the end of the first half, and Jos Jonker’s 73rd minute goal made it an uncomfortable finish for Ipswich, but the Tractor Boys held fort and went on to lift their only European trophy.

Speaking of eras of dominance, Liverpool won the UEFA Cup for the second time in 1976, which was regarded as the booster to the lifting of the biggest prize, the European Cup, four times in the eight years that followed this triumph.

The first leg of the tie also set the template for famous European comebacks by Liverpool in the future, with Bob Paisley’s side looking in trouble when they conceded twice in the opening 15 minutes of the first leg at Anfield.

#OnThisDay in 1978, King Kenny scored our winner against Club Brugge, as we retained the European Cup at Wembley 🏆

Enjoy a look back at a brilliant Sir @kennethdalglish performance 👏 pic.twitter.com/8XOhHA43rb

The Reds stormed back with three goals in six second-half minutes to wrestle control of the tie back into their own hands.

A Ray Kennedy stunner just before the hour mark set them on their way before half-time introduction Jimmy Case scrambled home from close range and Kevin Keegan completed the quickfire turnaround from the penalty spot.

Liverpool still had to travel to Belgium for the second leg, but the home side’s early penalty was quickly cancelled out by another Keegan strike to secure a 4-3 aggregate triumph.

Managed by Roy Hodgson, Fulham were appearing for only the second time in European football in the club’s history and surprised everyone by reaching the final, as they defeated defending champions Shakhtar Donetsk and Italian giants Juventus in their run to the final. 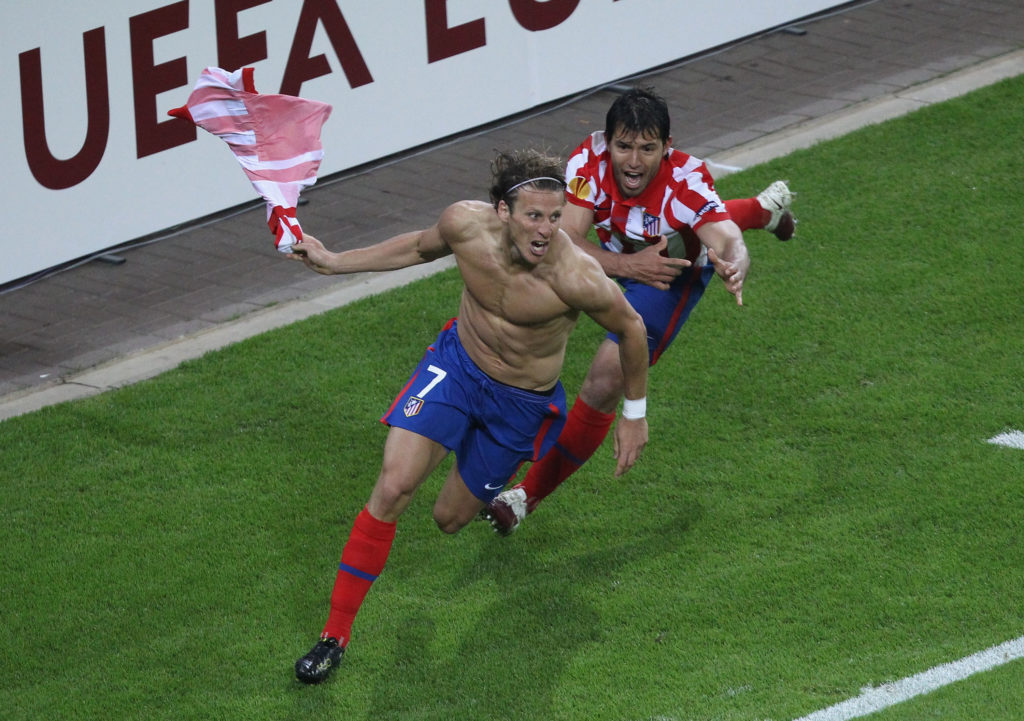 In a tight final, an Atletico side including the likes of David De Gea and Sergio Aguero took the lead when Diego Forlan fired past Mark Schwarzer after 32 minutes.

Fulham, showing the character that illustrated their run to the final, were level just five minutes later, when Simon Davies equalised. Both sides also struck the woodwork but with neither able to score the tie went into extra-time.

It looked like the game was going to penalties but with just four minutes remaining, Forlan broke Fulham hearts by scoring his second, firing home from Aguero’s cross to seal the trophy for the Spanish side.

Sevilla came into the final as defending champions to face Espanyol in an all-Spanish final and trying to become only the second team after Real Madrid to win consecutive UEFA Cup titles.

Glasgow’s Hampden Park was the host as Espanyol looked to get rid of the demons collapse in 1988, but it was the same old story for the Catalan outfit.

The Andalusian club took the lead when Adriano fired past after 18 minutes, but Albert Riera levelled up things in the 28th minute for Espanyol. 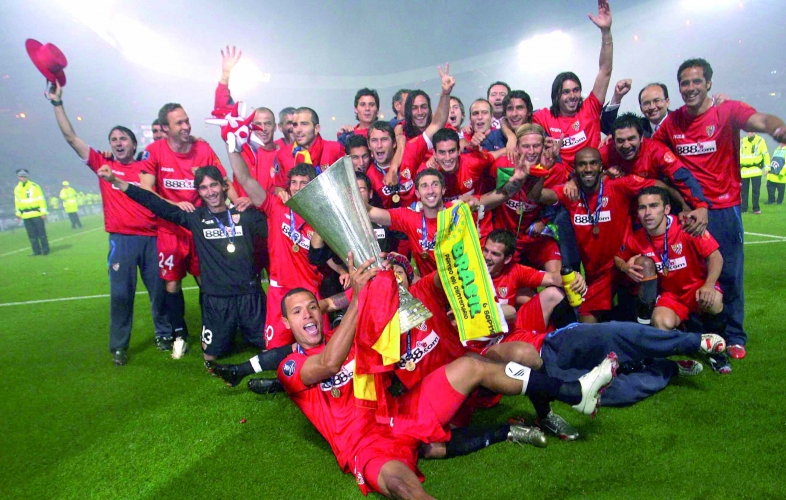 But as life goes, their chances of success were dealt heavily as a 68th-minute red card for Moises Hurtado somewhat derailed their game and in the end, they were just hanging on to take the game to extra-time.

Sevilla scored at the end of the first half of extra-time, but the Catalan club took the game to penalties as they equalised five minutes from full time.

And in the end, the players of Espanyol were not able to hold their nerves as they missed three of the four penalties while Sevilla scored three of their four spot kicks to successfully defend their UEFA Cup title.

Chelsea became the first team ever to hold the Europa League and Champions League simultaneously in 2013. Their defence of the big one had gone badly, seeing them knocked into the Europa League in the group stage.

The final was uneventful for the first 45. It came alive in the second half. Fernando Torres hustled his way to score the opener on the hour before a Cesar Azpilicueta handball allowed Oscar Cardozo to equalise from the spot.

With the match seemingly heading for extra time, Chelsea had a corner. Like in Munich 12 months before, Mata swung it in and this time Branislav Ivanovic leapt highest at the back post and his looping header into the far corner won it for Chelsea in added time, making it one of the memorable Europa League finals.

Sevilla came into the final after winning on three other occasions, making them the kings of the competition in the modern era.

Whereas their opponents were a surprise package in the name of Dnipro Dnipropetrovsk – a Ukrainian club for whom this final came just four years before the entire club was dissolved.

Dnipro had already upset all the odds to make it to Warsaw and looked on course to do so again when striker Nikola Kalinic gave them the lead in the 7th minute.

However, two goals in the space of three minutes from Grzegorz Krychowiak and Carlos Bacca turned the game around before free kick from the Ukrainians restored the parity at the end of the first half.

Bacca then won it for Sevilla with 17 minutes remaining, making it one of the memorable Europa League finals and firing his side to a record fourth title which saw them qualify for the Champions League, through the new rule that was introduced by UEFA the same year.