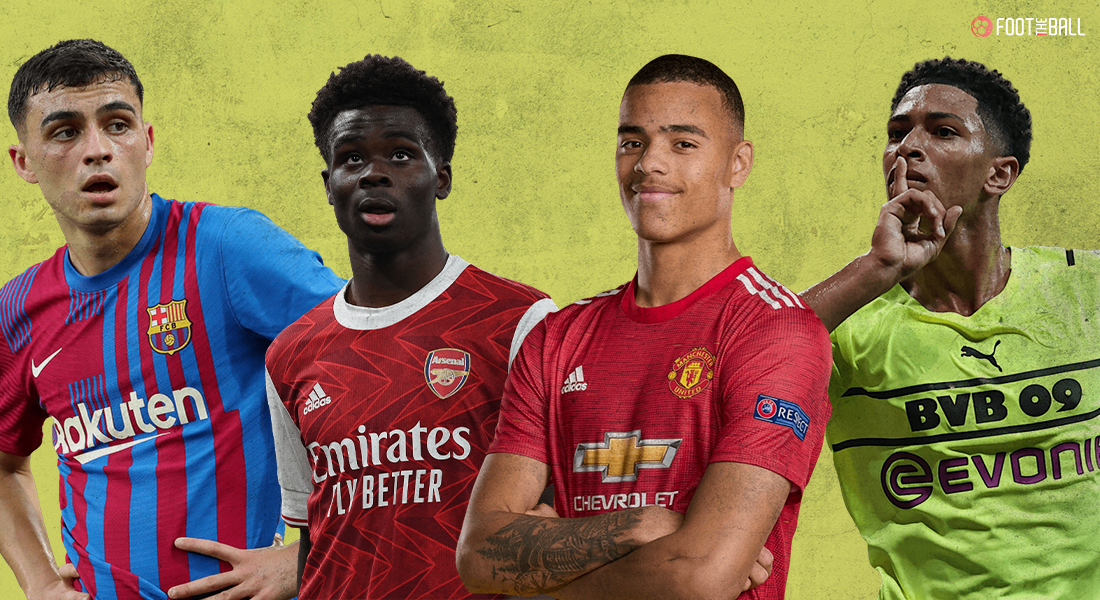 The young exciting talents have taken the footballing community by the storm and making it big in their teenage years. With legends like Ronaldo and Messi nearing their retirement, it is time we look for their successors and there are plenty of promising candidates to go around.

Here are the top nominees and everything you need to know about the 2021 Golden Boy Award.

WHAT IS THE GOLDEN BOY AWARD?

The Golden Boy award has been a prestigious individual accolade in the football community ever since when it was founded in 2003. The award was started by Tuttosport, an established Italian sports newspaper but through the years, many big newspapers across Europe like Bild, Marca, Mundo Deportivo have joined the voting committee.

The players are judged upon their overall performance over the course of last year which means they analyse 2 halves of 2 different seasons. Each juror is allowed to nominate five players, the juror will allocate 10 points to the player that they perceive as the most impressive, 7 for the second, 5 third, 3 fourth, and 1 point for the fifth-most impressive youngster.

So happy to have been awarded with the Golden Boy 2020 🤩 Thanks to everyone who voted for me. This is pure inspiration to work even harder and try to always do better!#GoldenBoy2020 @tuttosport pic.twitter.com/MmdcBgjTZI

Only players under the age of 21 are eligible for nomination and should play in the top division in a European country. We have seen many big names start their hunt for glory after receiving this award. Messi, Aguero, Rooney, Mbappe and many prominent players have won the ward in the past. Erling Haaland was the winner of the title last year and Joao Felix and De Ligt were the winners before that respectively.

FAVOURITES TO WIN THE AWARD THIS YEAR

In the first round, a hundred youngsters make the cut but the number gets drastically decreased till the end of the year. As of now, 40- players have been shortlisted and things are starting to clear up. Among these 40 talented youngsters, only 1 will be deemed the best but there are a few promising candidates eyeing the prize.

Pedri has been making headlines for Barcelona and Spain over the last few months since the world is shell-shocked from the 18-year-old’s work rate. He was selected in Spain’s Euro 2020 squad and also featured in all the games played.

He also won the Olympic Gold in Tokyo with his nation after a few weeks. Despite being just 17, he had 37 appearances in La Liga and was consistent with his performances over the year.

Jude Bellingham became the youngest player in the Euros history as he feature for England and helped them in their quest for trophies. Bellingham dominated the midfield in Bundesliga and he made 2.92 successful tackles and 2.51 successful blocks per 90 which are close to the best figures in the league.

Bukayo Saka is a good shout as well since he featured in more games for England in Euro 2020 and had his breakout season. Arsenal would have fallen even more in the league table if it weren’t for their knight in shining armour.

Greenwood was nominated in last year’s edition as well and although he didn’t make it till the end, he has significantly improved this time around. The player’s versatility helped United keep afloat despite many injuries as they reached the finals of the Europa League and finished 2nd in England. Since Greenwood was unlucky to miss the Euros due to an injury but he is surely the future of English football.

Eduardo Camavinga was also brilliant for Rennes in Lige 1 and helped them finish well over the expected spot by the end of the season. His solid performances earned him a transfer to Real Madrid and young Camavinga is destined to reach great heights amongst Europe’s finest.

Other than the aforementioned players, there are many others who are strong candidates for the Golden Boy award. Jamal Musiala, Gio Reyna, Nuno Mendes, Ilaix Moriba, William Saliba, Mohamed Ihattaren to name a few.