Zlatan’s back in Manchester 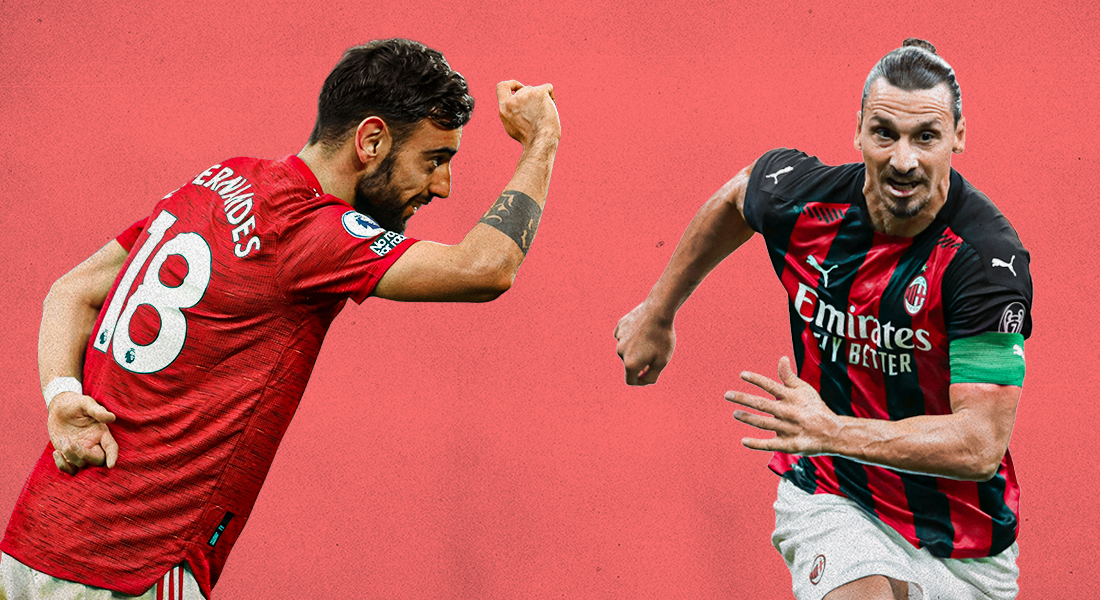 The Europa League has reached the round of 16, and there is a mouth-watering match to look forward to as AC Milan host Manchester United for the 2nd leg at San Siro on Thursday.

The two European footballing giants hadn’t met competitively since 2010 up until their previous meeting in the 1st leg, which ended 1-1. In that period, both clubs have endured a tough decline throughout the last decade, but find themselves battling each other for a place in the next round of a European knockout round once again following promising revival seasons for both clubs.

The Red Devils were favourites to go past AC Milan onto the next round of the competition. However, much to everyone’s surprise, a pretty much handicapped Milan worked their socks off to snatch a draw at Old Trafford and also grab a much needed away goal in the process.

Ole Gunnar Solskjaer must still be wondering how his captain Harry Maguire managed to inexplicably miss from less than a yard out in the first leg, and the Norwegian manager must now aim to draw on his own experiences of heroic European nights in order to keep United’s hopes of silverware alive.

Both these clubs have previously met during the round of 16 stage of the 2009/10 season. The Red Devils beat the Rossoneri 3-2 on the road before a 4-0 triumph in Manchester.

In a tie that sees two favourites of the competition pitted against one another, there might just be some fireworks here in the second leg, with one team on the brink of exit.

For Milan, Zlatan Ibrahimovic is available – but Rossoneri boss Stefano Pioli says the 39-year-old will not last 90 minutes so is more likely to start on the bench, especially if extra time is a prospect.

Theo Hernandez and Hakan Calhanoglu could feature having missed the first leg, while Alessandro Romagnoli, Ante Rebic, Davide Calabria and Rafael Leao will be assessed before the game.

Paul Pogba, Donny Van De Beek and David De Gea are in contention to return for United, but Edinson Cavani and Anthony Martial will be absent.

Pogba, who has not featured since February 6 due to a thigh complaint, is in the travelling squad along with Van De Beek, while De Gea is back from paternity leave.

Martial is out through injury, while Eric Bailly, Juan Mata and Phil Jones are also absent.

Paul Pogba would be back in the squad for the first time since sustaining an injury in early February. The French midfielder might not be ready to start the game, but if he does, his dominant presence in the centre of the park would be key, for Manchester United to pose any sort of fight against AC Milan.

Zlatan Ibrahimovic has always been key to any team he has played for in his long-standing career. The Swede has been a huge influence upfront with his strong hold-up play and aerial threat in the box and he would have posed a problem for the Red Devils’ backline.

If he does start or even come from the bench for AC Milan on Thursday night, expect Harry Maguire and co to have a rough night.

Manchester United had endured a tough few games where they have barely threatened the opposition goal, however are somewhat back to their usual best. In the first leg we had predicted the game all square, and that is exactly what happened.

When both sides are fully fit, which they are for the second leg in contrast to the first leg; there isn’t a great deal that separates AC Milan from Manchester United.

The Red Devils might just edge things on all-round quality, but the Rossoneri have proven doubters wrong with a resilient and talented youthful side this season, spearheaded by a veteran Ibrahimovic in attack.

Playing the away tie first has helped AC Milan, which makes this second leg tie much more ideal for them. With an away goal in their bag, FootTheBall expects the San Siro club to just edge past the men from Manchester, hence, FootTheBall says, AC Milan 2-1 Manchester United.