Lyon boss Bruno Genesio was recently quoted as saying that a bumper offer could tempt the club into selling their prized possesion.

Arsenal have been desperately lloking for a world-class striker and were courting Lacazette for months now, but the North London club’s interest was shooed off by Lyon reluctance to sell the 25-year-old.

“He can leave if Lyon want him to,” said Bruno Genesio. 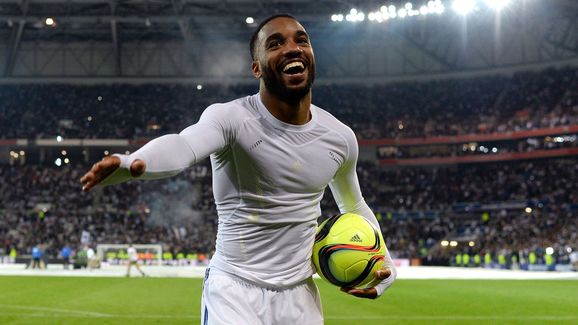 Arsenal had a €35 million bid rejected by the French club, but the Gunners have been handed a fresh lifeline by the Lyon manager.

Lyon president Jean-Michel Aulas has been very vocal about his desire to keep Lacazette at the club, but Genesio’s recent comments have put the Frenchmen’s future in doubt.

“There are some offers that you cannot refuse. My desire as manager is that the best players stay and Lacazette is very important for the team,” the coach explained.

“I have been assured by my president that we will keep the player. You never know what could happen right up until 31st August (transfer deadline).”

Rejoice, Arsenal fans, for your wish of a truly world class striker might be about to fulfill.