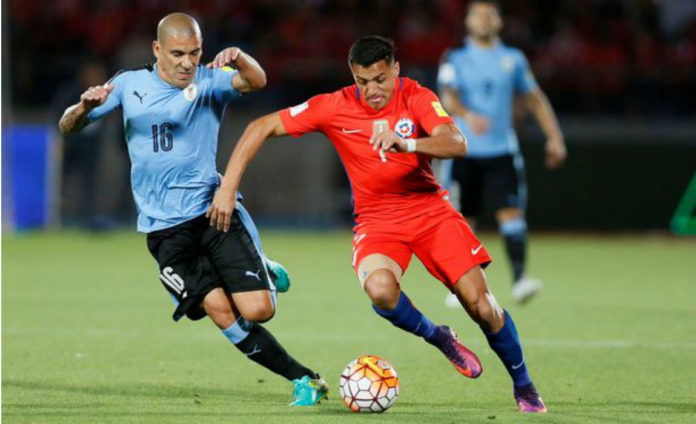 Arsenal superstar, Alexis Sanchez scored twice for Chile against Uruguay to guide his side to a comfortable 3-1 win. 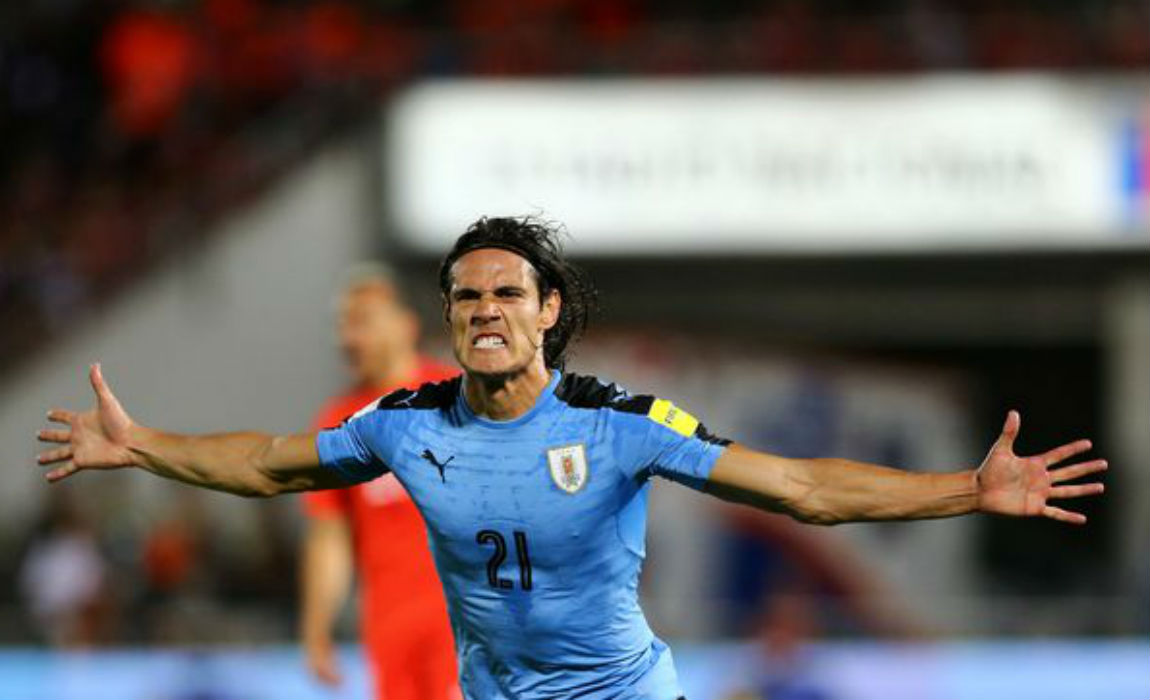 The Chilean made a slow start to the game as he featured with a thigh support but that did not stop him from getting his 35th goal for the country. Sanchez’s start was strongly opposed by Arsene Wenger who wanted to reserve his starman for Manchester United showdown on Saturday. 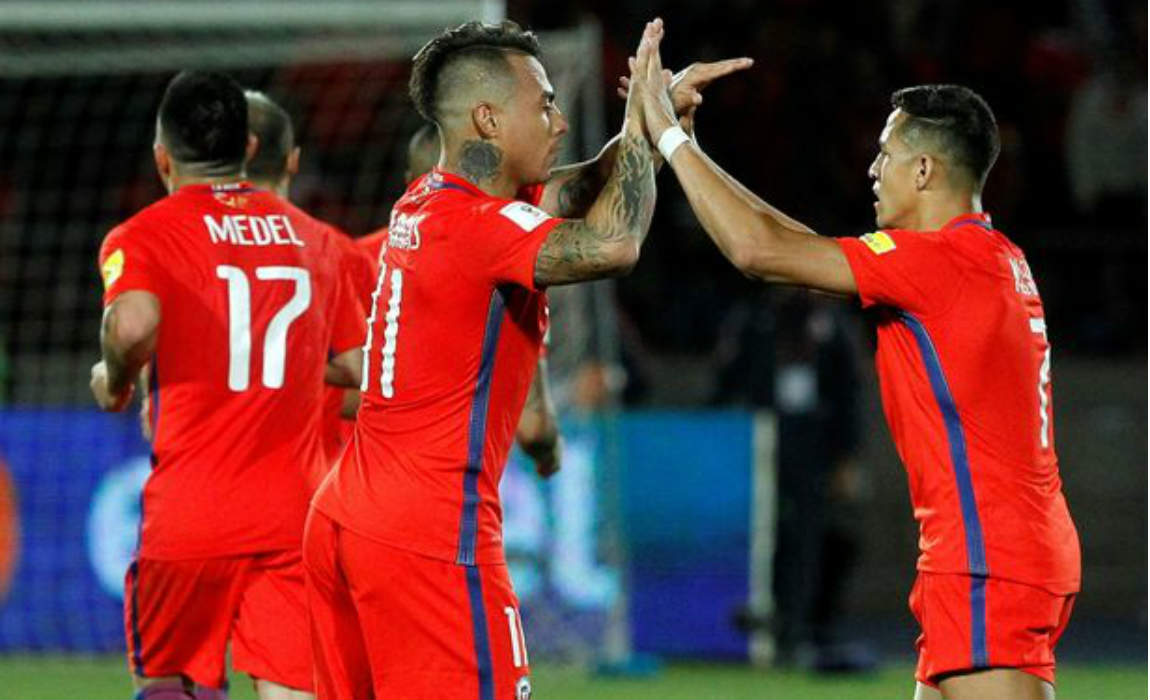 Edinson Cavani gave Uruguay an early lead as Luis Suarez provided him with the assist. Eduardo Vargas equalised for Chile before half time. 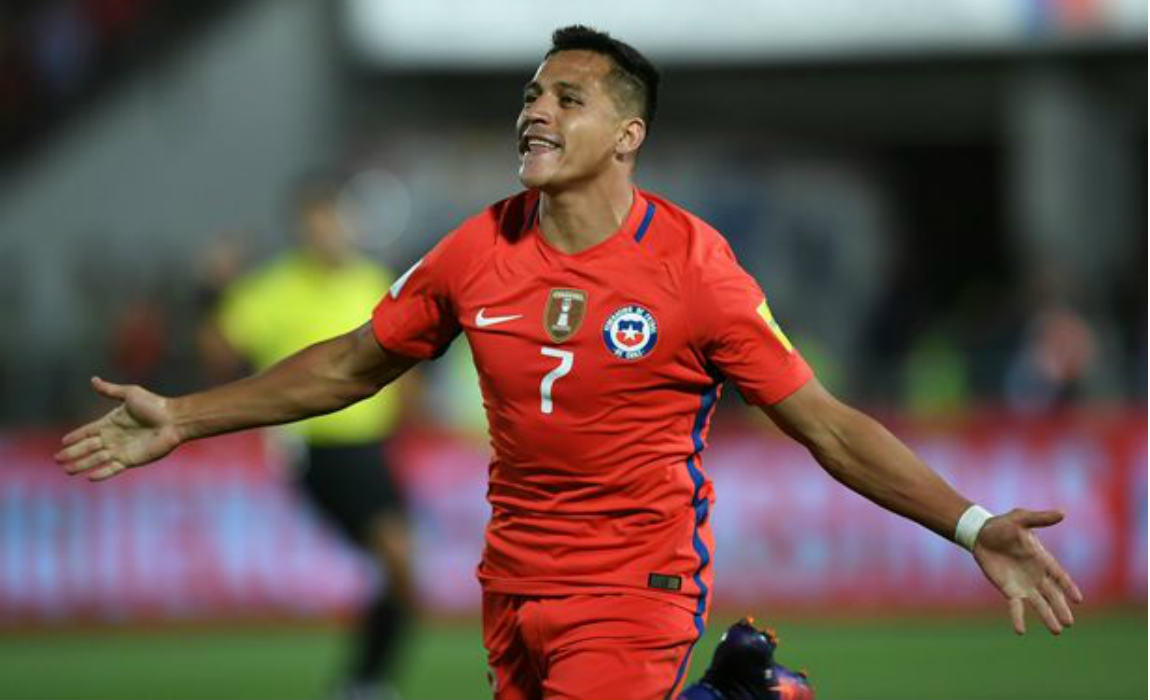 Alexis Sanchez inspired a comeback victory for the Copa Centanario Champions in the second half by grabbing two goals. He converted a lofted Marcelo Diaz through ball to put Antonio Pizzi’s side in the lead. 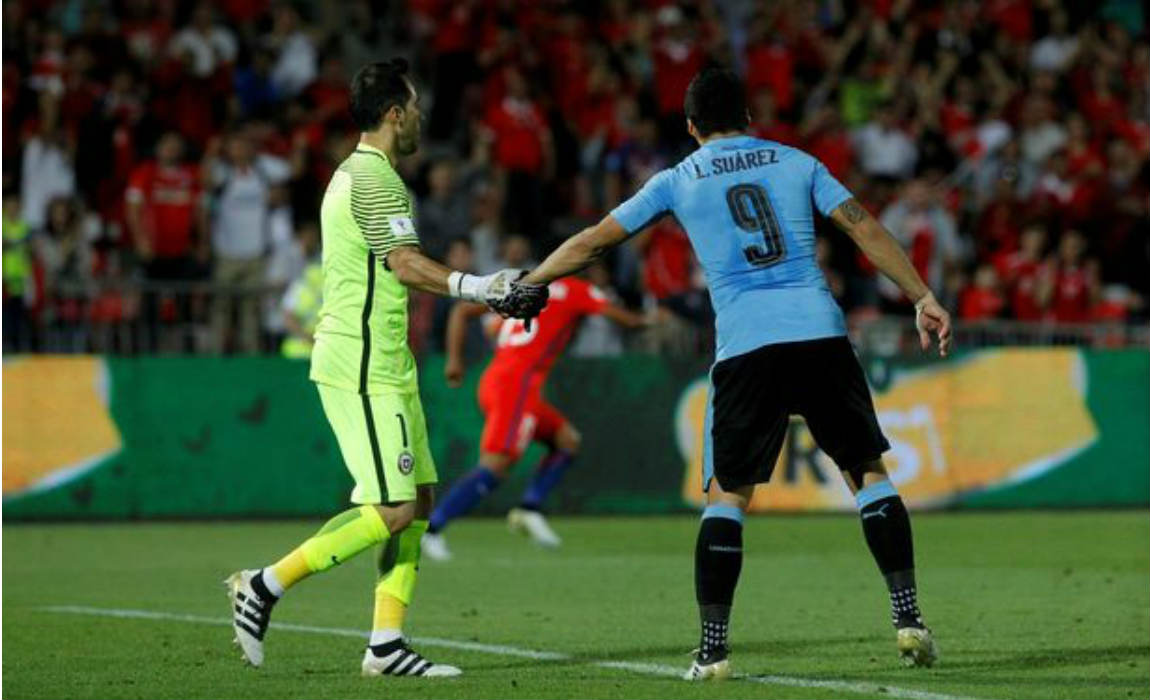 Luis Suarez saw his penalty saved by former teammate Claudio Bravo late in the match which confirmed three points for Chile. They sit 4th and are one point above Argentina in the CONMEBOL standings for World cup qualification.

Will Alexis Sanchez gun down Manchester United at Old Trafford on Saturday with his terrific form?