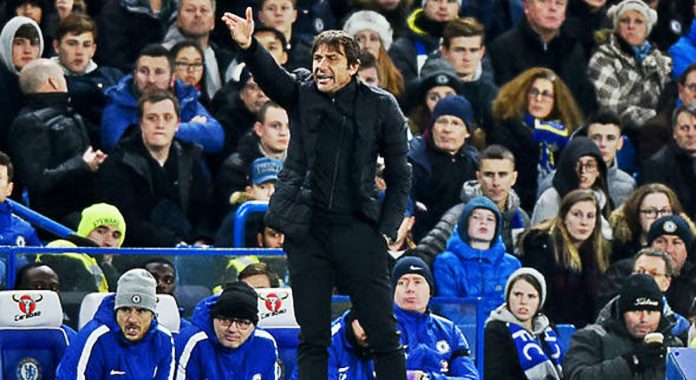 Manager Antonio Conte has suggested there is a fixture conspiracy against his Chelsea side.

The Chelsea boss is not happy with the fixture congestion as his side will have to play nine games in the month of December.

It is not just the number of matches that has made Conte angry – it is the lack of rest between matches when compared to his opponents.

Chelsea are set to lock horns with Newcastle on Saturday afternoon after Rafa Benitez’s side were held to a draw with West Brom on Tuesday – leaving them with four days to prepare for the clash at the weekend.

Meanwhile, Chelsea clinched a win over Swansea on Wednesday and got a day less to make preparations for Saturday’s clash with the Magpies.

And the Italian thinks that somebody is purposely trying to make things difficult for the Blues.

“Now it’s very difficult to think this is a coincidence,” he said.

“This is the fourth time. I’m not stupid, if someone wants to joke with me I’m not the right person to joke (with).

“I don’t want advantages. If we have to play every two days, I’m ready. But we need to have the same rest as our opponents, then we see what happens.

“Is it difficult to do this? I don’t think so. It is a strange coincidence.”

This website uses cookies to improve your experience while you navigate through the website. Out of these cookies, the cookies that are categorized as necessary are stored on your browser as they are essential for the working of basic functionalities of the website. We also use third-party cookies that help us analyze and understand how you use this website. These cookies will be stored in your browser only with your consent. You also have the option to opt-out of these cookies. But opting out of some of these cookies may have an effect on your browsing experience.
Necessary Always Enabled
Necessary cookies are absolutely essential for the website to function properly. This category only includes cookies that ensures basic functionalities and security features of the website. These cookies do not store any personal information.
Non-necessary
Any cookies that may not be particularly necessary for the website to function and is used specifically to collect user personal data via analytics, ads, other embedded contents are termed as non-necessary cookies. It is mandatory to procure user consent prior to running these cookies on your website.
SAVE & ACCEPT
225980antonio-conte-accuses-premier-league-of-conspiracy-against-chelsea
Go to mobile version