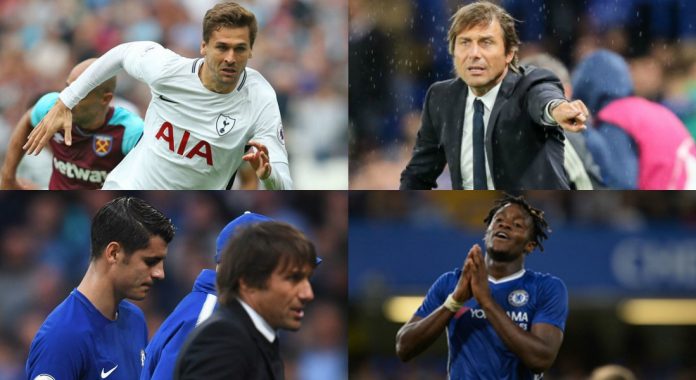 Former Juventus boss Antonio Conte is frustrated due to the lack of strikers at Chelsea after the Blues failed to rope in Fernando Llorente during the summer transfer window, according to reports.

Conte broke Chelsea’s transfer record to land Alvaro Morata from Real Madrid for a staggering £60million transfer fee but he was keen to add another striker to his squad.

The Italian wanted to reunite with his former Juventus striker Llorente, but the Spanish player signed for London rivals Tottenham Hotspur this summer.

And now Conte is reportedly frustrated by Chlsea’s half-hearted efforts to sign Llorente.

The Times reported that the Blues had launched an offer of just £5million to land Llorente from Swansea – which is less than half the £11.5m Spurs splurged to rope in the 32-year-old striker.

Conte had earlier asked the Blues chiefs to rope in Llorente back in January amid reports that Diego Costa was set to join the Chinese Super League on a mega-money move.

But the Blues hierarchy were not ready to spend so much cash on a 32-year-old striker and they also had doubts over the Spaniard’s mobility on the field.

Conte is now left with Michy Batshuayi after club-record signing Morata picked a hamstring injury during the Premier League clash with Manchester City which could keep him out for more than two months.

And it was clearly understood that Conte has no faith in Batshuayi when the Italian replaced injured Moarata with winger Willian during their 1-0 defeat against Man City.