Argentina and Chile played out an entertaining 1-1 draw in the CONMEBOL Qatar 2022 World Cup qualifiers with Lionel Messi and Alexis Sanchez getting on the scoresheet respectively. The match was frustrating for Argentina as they could not break down a staunch Chile defence who could have snatched the win themself in the second half.

The start was scrappy with the first yellow card being shown in the second minute itself, to Chile’s Pablo Galdames. Both sides found it hard to get a rhythm going in what was a stop-start encounter. The opener too came about in a similar manner after Argentine striker Lautaro Martinez was clumsily brought down by Maripan in the box. Post a VAR check, a penalty was awarded and duly dispatched by Messi.

The goal kicked Chile out of their slumber and they did not have to wait long for an equaliser. A wide-free kick was swung in by Charles Aranguiz deep towards the second post. Gary Medel knocked it back across the face of goal for Sanchez to tap it in. Honours even.

The second half saw a much improved Chile side as their wing backs pushed higher and Argentina’s midfield dropped deeper, giving them a lot of space to operate in. However, La Roja have an ageing side and soon ran out of steam.

Messi and Argentina pushed for a winner late on but Claudio Bravo stood tall in the Chile goal. For Argentina boss Lionel Scaloni, the performances of Rodrigo De Paul and Lautaro Martinez must be encouraging while debutants Christian Romero and Emiliano Martinez in defence and goal repsectively had a largely comfortable evening.

The result meant that Argentina stay second in the qualifying table behind Brazil but can be overtaken by Ecuador should they win against Brazil. Chile meanwhile are in some trouble, currently in sixth position with just five points from five matches.

It would not be an overstatement to say that Argentina fans are sick of Alexis Sanchez. The Chilean winger scored the winning penalties in two successive Copa America finals against La Albiceleste, causing major heartbreak. However, it’s interesting to see that despite his iconic moments coming against Argentina, Sanchez had never scored against them in normal time or from open play.

That of course changed today with Sanchez grabbing the equaliser for Chile. The Inter Milan man has largely featured off the bench for club this season but looked bright for Lasarte’s side. The goal from Gary Medel’s knockdown was the cherry on top of an impressive and industrious performance.

Once teammates at Barcelona, Leo Messi and Claudio Bravo have had some fascinating battles for their respective national teams. Bravo saved crucial penalties in the 2015 and 2016 Copa finals to deny Messi a trophy but the Argentine has bit back with three direct goal involvements in the last three matches against Chile. 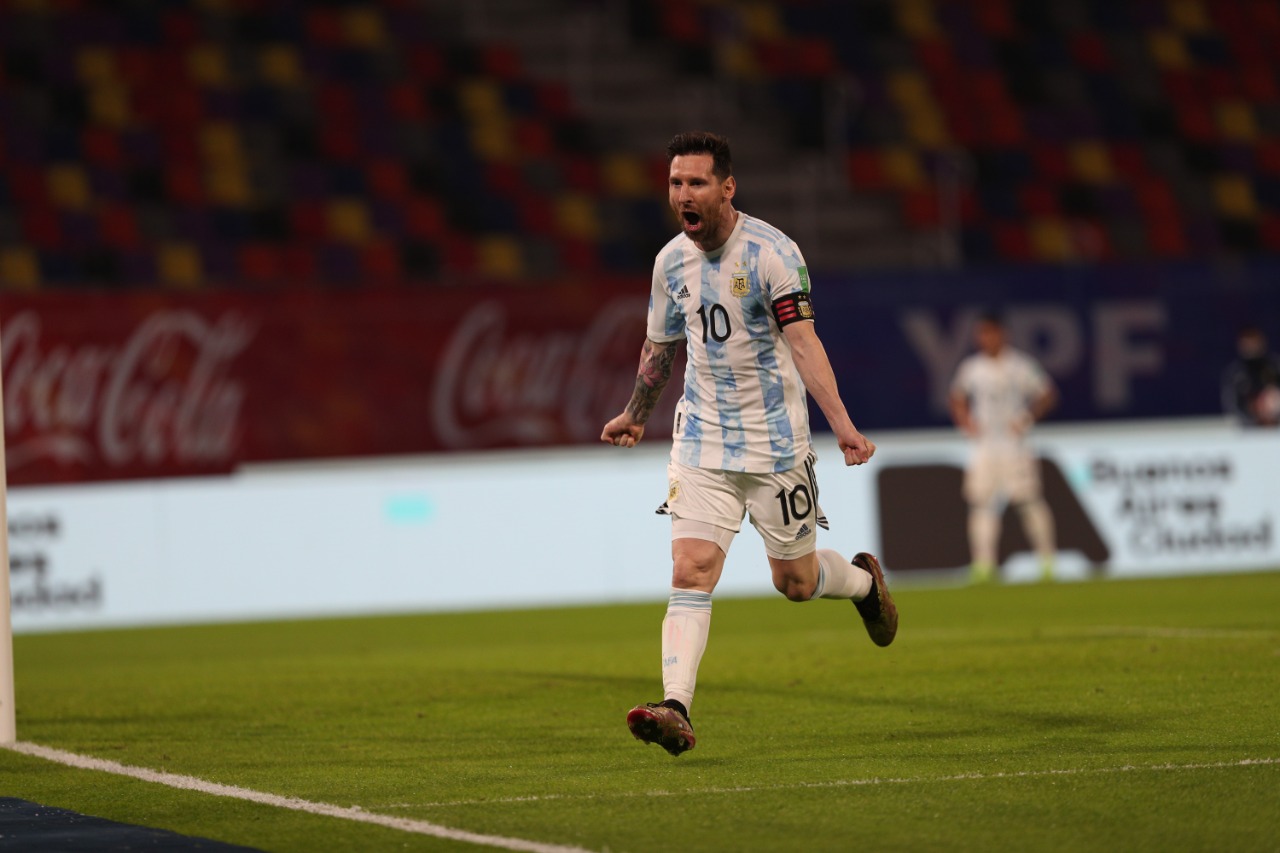 Lionel Messi celebrates after opening the scoring against Bravo from the penalty spot (Courtesy: AFA/Twitter)

The mini-rivalry continued as Messi stepped up to take the penalty won by Martinez in the 24th minute. Bravo was sent the wrong way by the Barcelona man as Argentina took the lead. However, just before half time the Chile goalkeeper pulled off a great save of a delicious Messi free-kick from the edge of the box.

Messi then had Bravo beat in the second half from another free kick, only to be denied by the woodwork. Messi forced two fine saves out of Bravo towards the end of the 90 minutes, driving infield from the right wing and unleashing trademark shots towards both posts in consecutive minutes, only to be denied by the Chilean captain. The next chapter of this fascinating contest awaits us at the Copa in Brazil!

The men in white and blue looked desperately short of ideas on how to break down the Chile block. Lautaro Martinez, Di Maria, Correa and De Paul looked sharp in isolation but there were little signs of chemistry until late-on. That however was not enough for the three points. 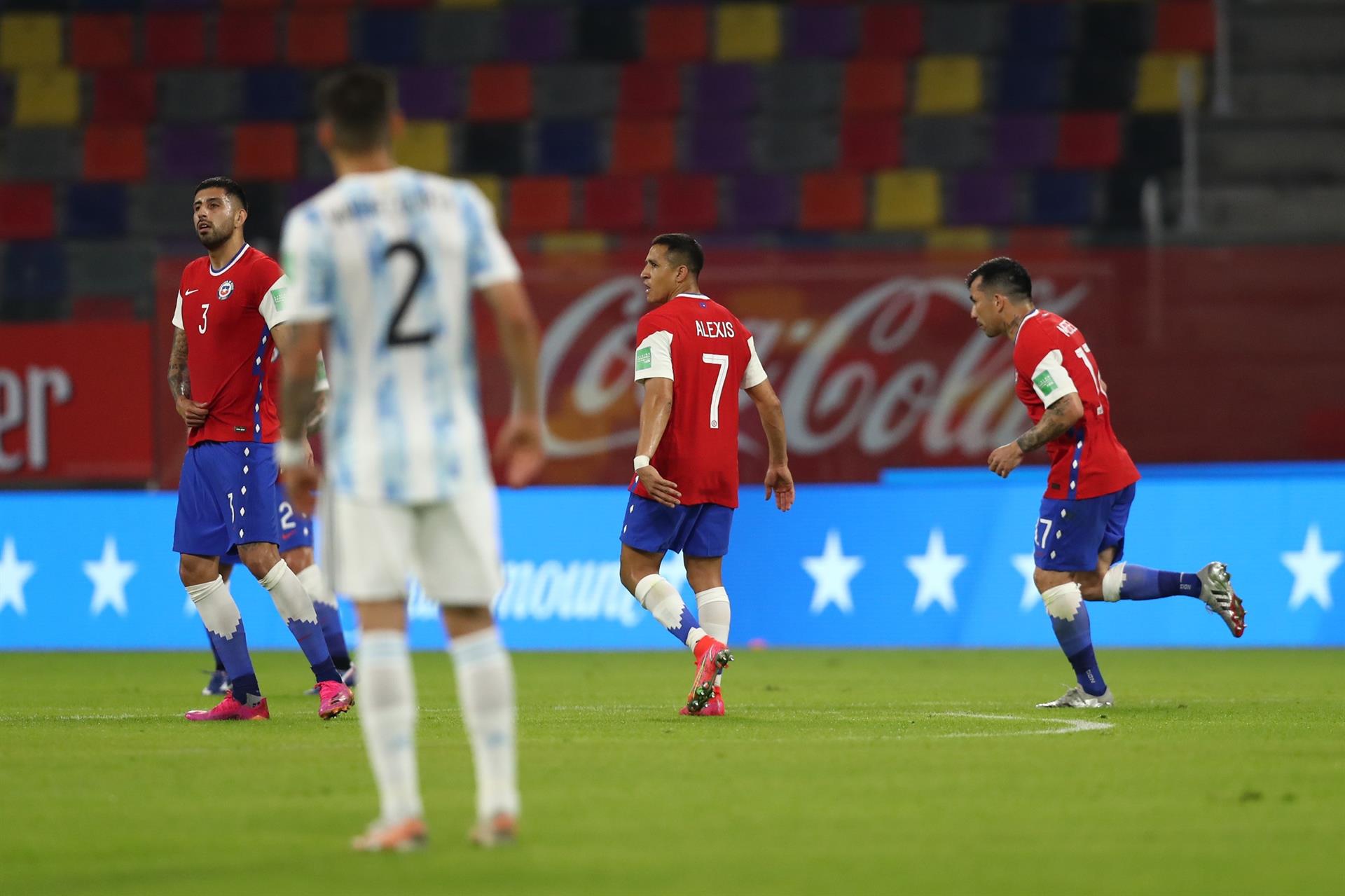 As the game went on, Argentina looked to default into their usual strategy of handing it to Messi and hoping. The runs, when made, simply did not link and there were far too many stray passes in midfield and attack. These are worrying signs for manager Scaloni ahead of the Copa America in Brazil but with Messi in the team, you never know.