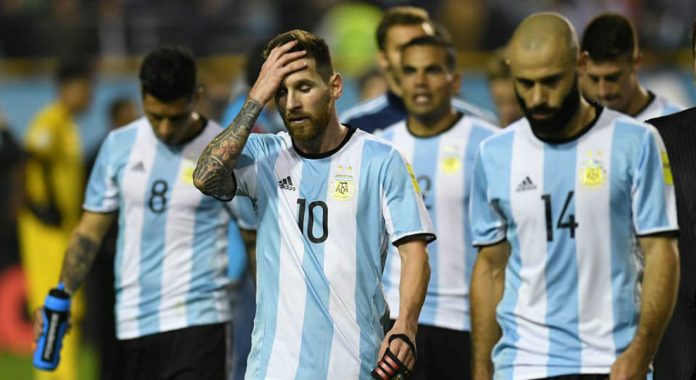 Argentina’s chances of qualifying for next year’s World Cup were on a knife edge on Thursday after a 0-0 home draw with Peru. 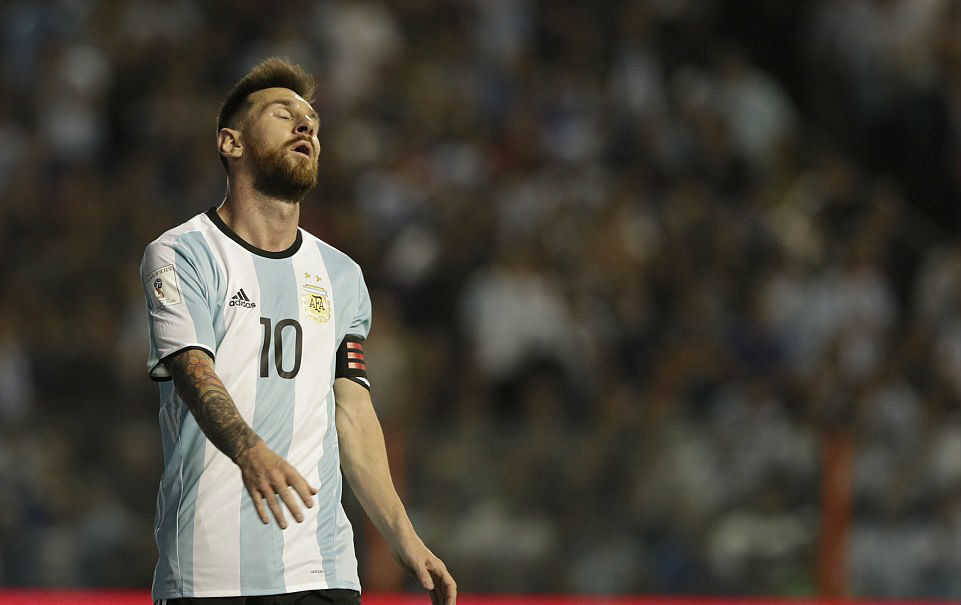 The result left the two-time World Cup winners sixth in the 10-team CONMEBOL group standings and needing to win in Ecuador on Tuesday to avoid missing football’s main event for the first time since 1970.

In other South American zone qualifiers on Thursday, Colombia missed a chance to earn an automatic berth in Russia with a 2-1 home defeat to Paraguay, Chile moved back into the qualification places with a 2-1 win at home to Ecuador while Uruguay guaranteed themselves of at least a playoff spot by drawing 0-0 in Venezuela. 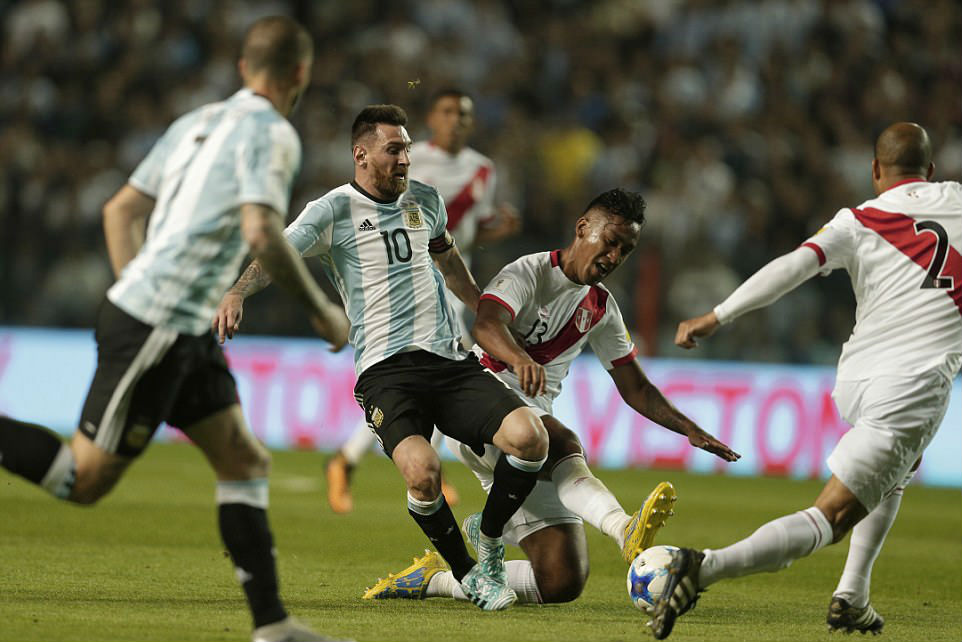 Earlier, group leaders Brazil and ninth-placed Bolivia played out a goalless draw in a match that had no bearing on the final standings.

Looking to end a run of three qualifiers without a victory, Argentina began the clash at the Bombonera in a positive manner with Lionel Messi, Alejandro Gomez and Dario Benedetto troubling the visitors’ defence.

Gomez went closest to scoring in a frenetic opening, seeing his powerful shot palmed over by Pedro Gallese before Benedetto fired over the bar after Messi’s pass. 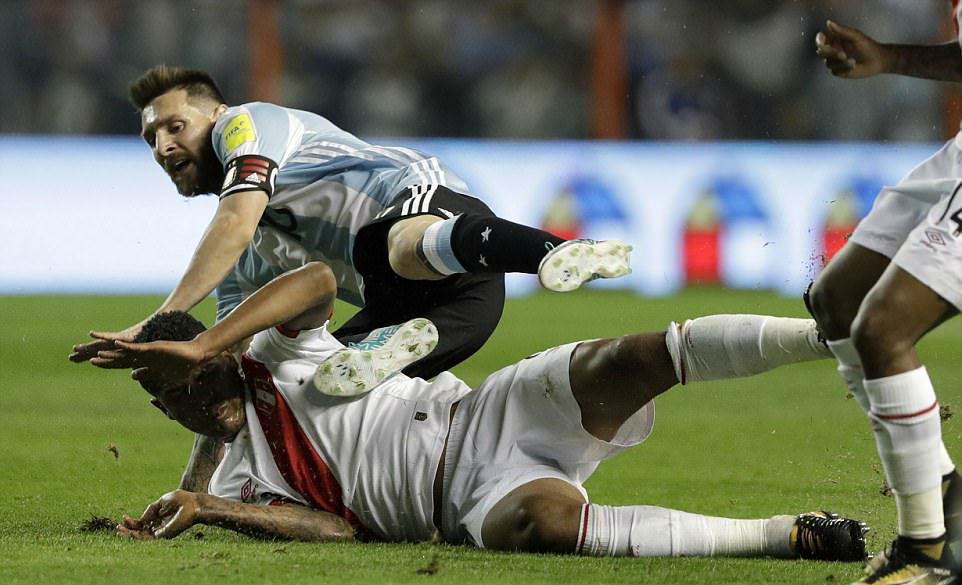 The hosts stepped up their intensity early in the second half and Messi engendered a collective sigh from the capacity crowd when his first-time shot cannoned off the post after Benedetto forced a reflex Gallese save.

Fernando Gago was introduced at the expense of Ever Benega on the hour mark but the Boca Juniors midfielder lasted just six minutes before being forced off with a knee injury. 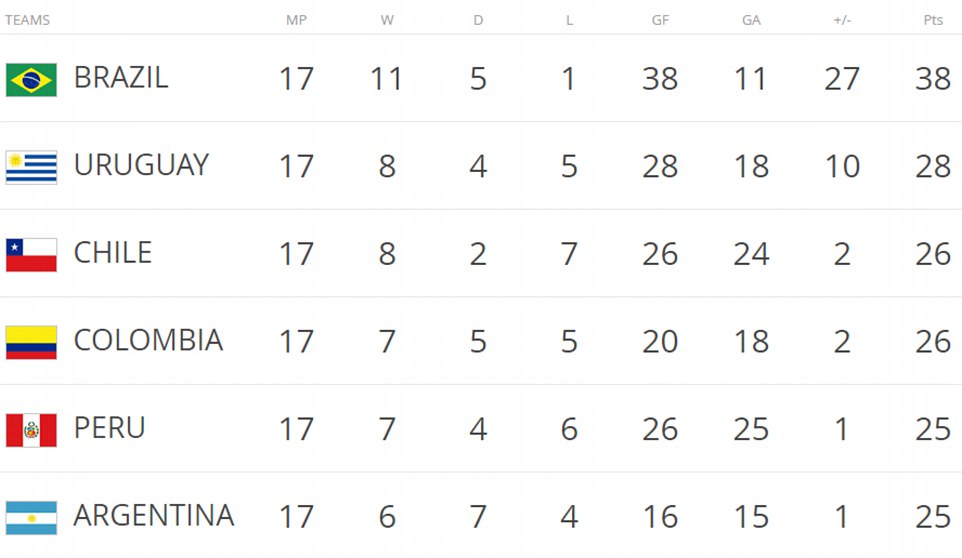 Emiliano Rigoni, who replaced Angel Di Maria at halftime, then had a golden chance to score on his debut but shot wide after fine work from Messi.

Benedetto shot straight at the keeper and Mascherano saw a long-range effort fly just over as Argentina tried desperately to find a winner. 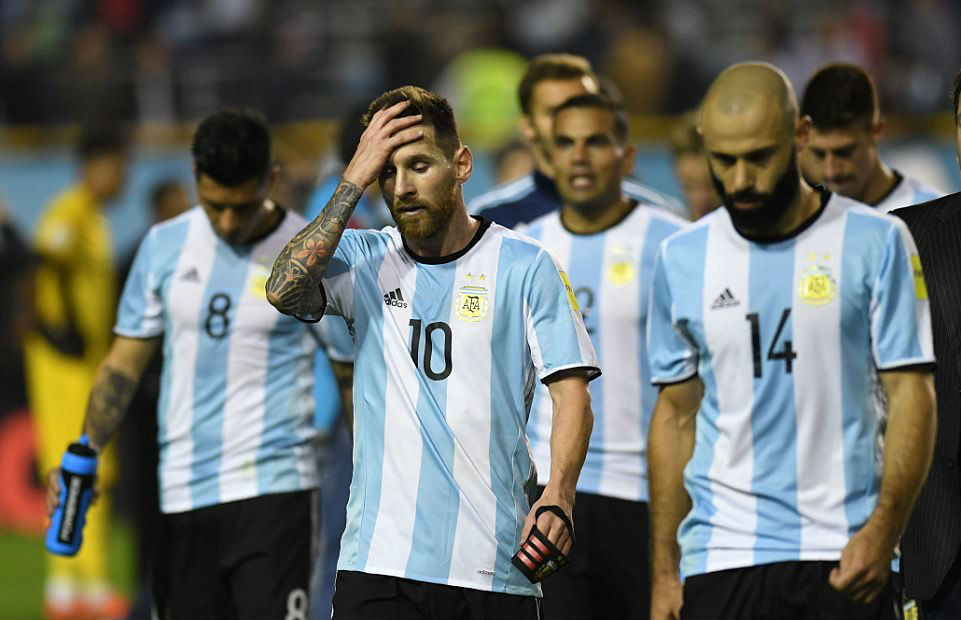 In the Caribbean port city of Barranquilla, Radamel Falcao’s deft chip over Paraguay goalkeeper Antony Silva put Colombia ahead in the 78th minute before Oscar Cardozo and Antonio Sanabria netted twice in three minutes to hand the visitors an unlikely victory.

Paraguay can still qualify for the World Cup, but need to beat Venezuela at home on Tuesday and rely on other results going their way. 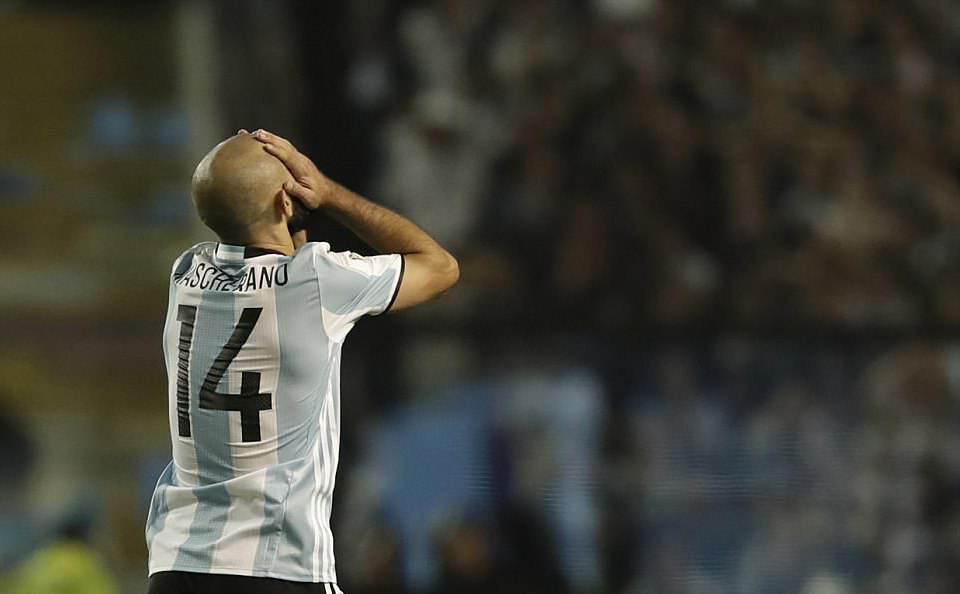 In Santiago, Arsenal forward Alexis Sanchez struck with five minutes left after Ecuador’s Romario Ibarra cancelled out Eduardo Vargas’s opener. The reigning Copa America champions rose to third in the standings while Ecuador were left out of contention for a World Cup spot.

The top four teams in the group will automatically qualify for Russia while the fifth-ranked side will advance to a playoff against New Zealand.