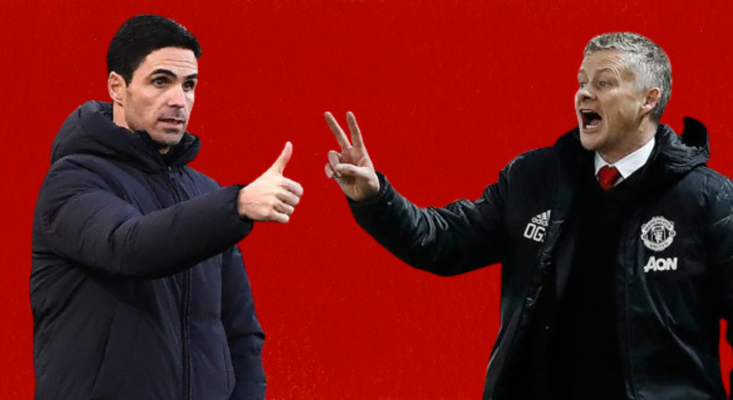 After the defeat to Sheffield, Manchester United sit 2nd in the table only one point behind Manchester City, who have a game in hand. Arsenal on the other hand sit 9th and  have finally started to perform consistently under Arteta this season, as they dismantled Hasenhuttl’s Saints 3-1 despite going one nil down.

The Match on the 30th of January, is a must win game for Ole’s United if they want to keep the pressure on City,  and if they intend to pull away from the rest of the chasing pack. Arteta would be looking to help his former teacher by denting United title hopes and would also like to the double over United this season, as Arsenal won the reverse fixture 1-0 at Old Trafford.

As things stand in the Premier League… pic.twitter.com/nkjKyzWzSP

Arsenal under Arteta have finally started performing consistently, after performing terribly at the start of this season winning only three games out of the first ten fixtures, forcing rumours to circle around Arteta and his future at the club. Luckily for him in the last 5 games, they have won 4 games and drawn only one in the league. In the last month, the addition of Emile Smith-Rowe, has been a game changing factor that has provided the creativity that the Gunners were crying out for. The recent loan signing of Martin Ødegaard, is another great positive that Arteta can take out of this January. Ødegaard, has essentially been bought in to provide that cutting edge in the final third and to push Smith-Rowe, as they will be vying for the same spot in the team. Arsenal would be looking to continue their upward trajectory, and if they defeat United  they will be breathing down the necks of the likes of Liverpool and cross city rivals Tottenham, who sit just outside the Champion League spots.

Ole’s United having been flying high this season. After a terrible start to the season, United have showcased a vintage resilience that was synonymous with the Ferguson era. Bruno Fernandes has continued his talismanic performances for the Red Devils, and has been a driving force since he signed for them. Even Paul Pogba has seemingly found his best form, and his performances have really taken a massive leap this January, as proved by his performance against Burnley, where he curled in a wonderful effort which turned out to be the winner at Turf Moor. They also have an exceptional away record this season, and are unbeaten on the road in the Premier League. Although Ole and his team lost to struggling Sheffield United, at home in the previous fixture, the Norwegian would surely be looking for a reaction from his team who are turning out to be a true contender for the League title this season. The Red Devils, would be concentrating and striving for a win against the Gunners and keep the pressure on rivals Manchester City. Ole would also like to secure his first win against Arsenal, something he has struggled with after taking over.

Arsenal under Arteta have finally found a system that works, with the current personnel at the club, and would essentially look to play the same way they did against Southampton, their most recent fixture. Unfortunately for Arsenal some of their key players are doubtful for this fixture due to small niggles suffered by the likes of Aubameyang, Tierney, Partey and Smith-Rowe. A misfiring Aubameyang would not be missed sorely but the absence of Tierney and Smith-Rowe, who have been  the outstanding performers for the Gunners this season will surely be a massive problem for Arteta. If Smith-Rowe is unavailable we will surely get to see Martin Ødegaard make his first Premier League appearance. If the Gunners look to attack chances are that Xhaka would be benched for Ceballos, who is slightly more attacking than the Swiss international. Arsenal will look to line-up in Arteta’s preferred 4-2-3-1, and their probable starting 11 could consist of-  Leno, Bellerin, Gabriel, Holding, Maitland-Niles, Xhaka/Ceballos, Elneny, Ødegaard, Saka, Pepe and Lacazette. 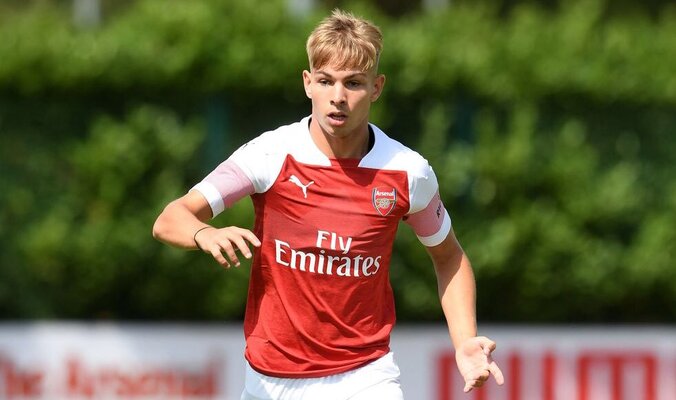 United on the flip-side have a fully fit squad, except Bailly who is doubtful for this game. With hardly any injury lay-offs this will definitely be a major advantage for the Red Devils. United under Ole have found relevant success this season playing various systems and seem more tactically flexible. Ole would most likely deploy a 4-2-3-1 too, a system which his team is decently familiar with. United’s most probable line for this fixture would be- De Gea, Wan Bissaka, Maguire, Lindelof, Shaw, Mctominay, Fred, Fernandes, Pogba, Rashford and Martial.

The latest on @EricBailly24's fitness 👇#MUFC

If Smith-Rowe and Tierney do not end up playing, Arsenal will struggle to create chances, as they have been the most creative players for the Gunners this season. Ødegaard, can possibly be a game changer in this clash, but it is unlikely as he has had very limited time to gel with his new teammates, but if the former wonder-kid hits the ground running he will surely become a fan favourite and this fixture might be the perfect stage for him to showcase his talent. The attacking triumvirate of Saka, Pepe and Lacazette, would look to continue their excellent form, and one of them can certainly be the headline maker in this clash. These three players have scored or assisted  a combined 12 goals in the last 6 games and will surely cause some problems to the United backline.

For United, Fernandes, Pogba and Rashford would certainly be watched very diligently by fans across the globe, as they have been the most influential players for the Red Devils this season, but according to us Luke Shaw is the one to watch in this game. The English international is finally coming good on his potential that secured him the move from  Southampton to Manchester United. Shaw has been in superb form this season both defensively and offensively. He only ranks behind Fernandes in terms of chances created in the Red Devil’s squad and has been almost flawless defensively. 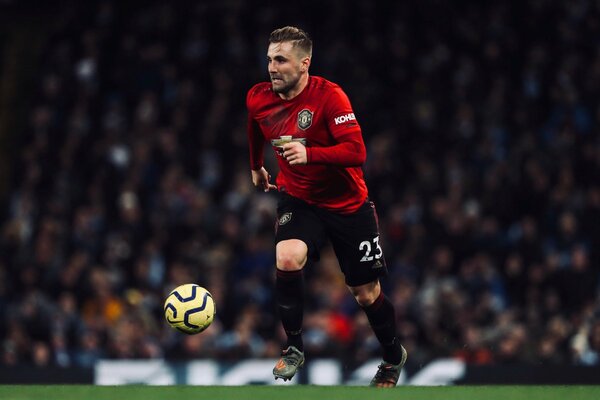 This game is hard to predict, as no one knows which team might actually perform at it’s peak. It could turn to be a classic like the 8-2 win United secured against Arsenal, or it could turn out to be a boring nil-nil, with both teams trying not to give anything silly away. Hopefully for the neutrals, we will get to see a resurgent Arsenal who are trying to break into the European spots and supremely attacking United who are looking to chase down Manchester City, who have returned to their dominant best.

We at FootTheBall predict a close game with not a lot of goals but a lot of shots, and will most likely end 2-1, in United’s favour. Let’s see which former champion can take the game by the scruff off the neck and boost their credentials and silence their critics.