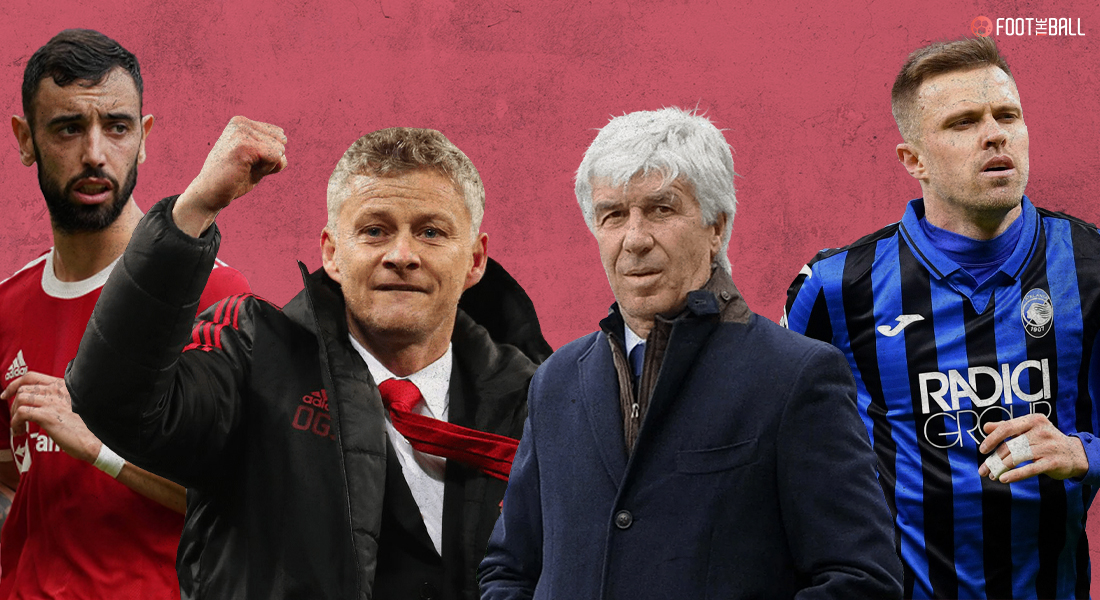 Ole Gunnar Solskjaer’s under-fire Manchester United travel to Atalanta looking to strengthen their hold atop Group F in the UEFA Champions League. A win would leave United needing just one point from their last two games while Atalanta will leap-frog their opponents with three points on Tuesday.

The reverse fixture at Old Trafford two weeks ago saw an enthralling 3-2 Manchester United win when they overturned a two goal half-time deficit. Cristiano Ronaldo got a late winner to break Atalanta hearts but Gian Piero Gasperini’s side showed that they can easily take on the Red Devils.

Atalanta come into the match on the back of a 2-2 draw with Lazio in the Serie A at the weekend with Marten de Roon scoring a 94th minute equalizer for the Bergamo side. They currently lie fifth in the Serie A and third in Group F, outside of the promontory spots in both tournaments on goal difference.

Solskjaer’s side recorded a comfortable 3-0 win over Tottenham Hotspur at the weekend bringing some much needed cheer to the club after their 5-0 demolition at the hands of Liverpool.

Atalanta’s injury concerns continue to have a mixed bag of fortune as centre back Jose Palomino picked up an injury in last week’s tie against Sampdoria but Gasperini welcomed back Merih Demiral to the lineup. Fellow defender and club captain Rafael Toloi could also be available after returning to training last week.

⚫️🔵 Merih Demiral was in top form against Manchester United 💪

However, Robin Gosens, Hans Hateboer, Berat Djimstii and Matteo Pessina will all be unavailable as the trio continues to recover from long term injuries.

Manchester United will be without Victor Lindelof who picked up a knock in training and has not travelled with the squad. This throws a spanner into the works for Solskjaer who would perhaps have wanted Lindelof to start in a back-three with Raphael Varane and Harry Maguire, as they did against Spurs.

Paul Pogba is available for selection after serving a suspension in the Premier League.

Atalanta have made a name for themselves in developing under the radar talent, especially in the wing-back position and the latest star to have caught the eye over the past few months is Danish right-back Joakim Maehle. The 24-year old has unending energy and his running causes a lot of teams, including United in the reverse, lots of problems in transition.

If Solskjaer sticks to a back-three then Luke Shaw is likely to drop back as the third centre back which means Maehle will be up against Alex Telles on Atalanta’s right. Telles already has a wonder goal to his name in this season’s Champions League but the Portuguese is defensively susceptible which Maehle will be hoping to exploit for his side.

For Manchester United, there is one clear lynchpin who dictates how the day goes – Bruno Fernandes. In the expected 3-4-1-2 setup, he is arguably the only creative player in the side and he has shown his quality time and again, and sparked United’s comeback over Atalanta with a delicious assist for Rashford’s first goal.

Fernandes was key in the opener against Spurs as well, whipping in a delicious cross for Ronaldo to volley home. The Portuguese will be key in unlocking the Italians’ defence.

Much has been said about Solskjaer and his United side in recent weeks but the Red Devils always seem to turn up when everything is on the line. Atalanta’s weaknesses too play well into United’s strength of quick counter-attacking football. It will be an entertaining and open encounter but Manchester United should get the three points. FootTheBall predicts Atalanta 1-3 Manchester United.