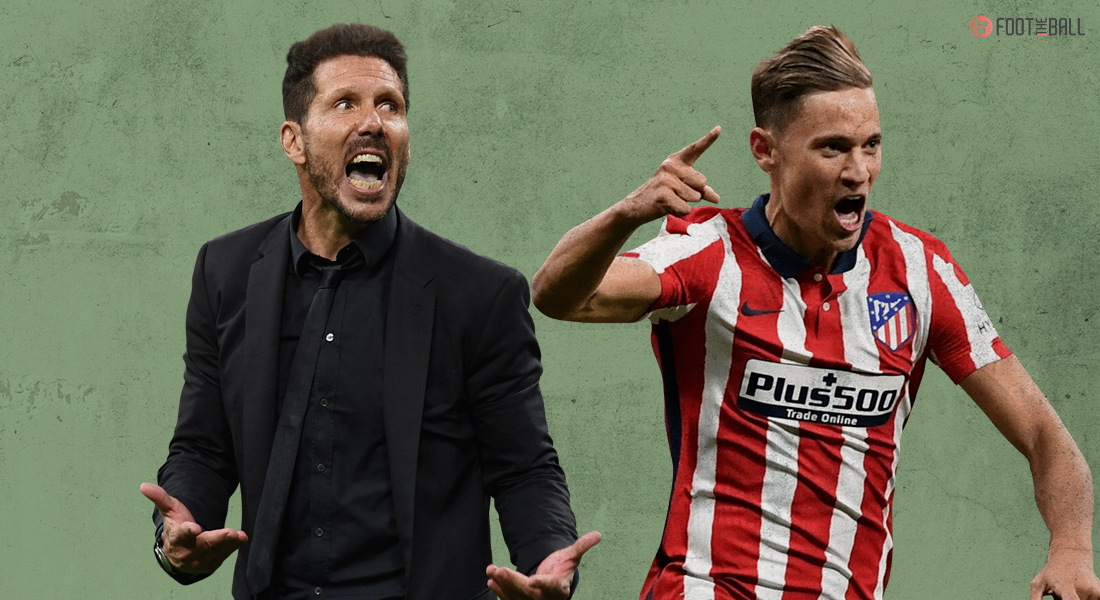 Atletico Madrid’s title aspirations suffered a huge blow as they lost 2-1 at San Mames against Atheltic Bilbao. Bilbao who were in an 8 game winless run struck gold as they won against the league leader.

FULL-TIME I A great performance at San Mamés by the Lions! Athletic get back to winning ways with a victory over the @LaLigaEN leaders thanks to goals by @AlexBerenguerR and @InigoMartinez#AthleticAtleti #AthleticClub 🦁 pic.twitter.com/1cjqJzu2Qq

Bilbao made a fast start to life as they unsettled Atletico. Alex Berenguer’s header early in the game gave hosts the deserved lead. It took Atletico more than an hour to find a response. Stefano Savic headed home from a corner to equalize the game. Just when the title race was in their favor, Atletico were struck again. Bilbao captain Inigo Martinez scored a goal from their corner to blow the title race wide open.

A win could’ve moved Atletico five points clear at the top of the table. They were unbeaten in the last 3 games coming into this match. On the other hand, Bilbao were in a horrible slump. Marcelino’s men didn’t taste victory in 8 games in all competitions. This poor run let them slip out of European places into mid-table mediocrity.

Diego Simeone’s side started the game sloppily. They were undone just eight minutes into the game as a counter tore them wide apart. Bilbao’s right side raided and Ander Capa’s cross took a heavy deflection and found Berenguer who nodded past a helpless Jan Oblak.

The game opened up after the goal with both sides going foot to foot. Atletico had half chances. Saul, Yannick Carrasco had half chances which they couldn’t convert. Bilbao looked lively on the break but failed to double their advantage.

Both sides made a positive start to the second half. Atletico showed more urgency to get the equalizer. Marcos Llorente shot wide from outside the box. Los Rojiblanocs pressed with more intent but were unable to score.

Inaki Williams made more Laliga history as he made 189 consecutive appearances for the club as he came on as a sub at 71 minutes. Simeone tried his luck at substitutions as he threw on Luis Suarez and Joao Felix at the hour mark. We were in for a crazy final quarter.

Unai Lopez could’ve scored with his first touch off the bench. There were plenty of chances for both sides to no end product.
Finally, Stefano Savic nodded Carrasco’s corner in the 77th minute to level the game. Unai Lopez charged for a ball that left him in no man’s land and Savic’s looping header beat him. The centre-back’s first league goal since 2017 just turned the title race in their favor.

📸 Get in @InigoMartinez!! The centre-back hits the back of the net with a thumping header from @ibaigomez's corner!! 🎯

Bilbao captain Inigo Martinez had other plans. The centre-back sent a bullet header from Ibai Gomez’s corner past Oblak to give Bilbao the lead once more. This time they hung on to it with all their lives and took home all three points.

A defeat for Atletico opened the title race. Four teams are separated by only 3 points at the top of the table. Atletico’s inability to churn wins has seen them drop points and bring others like Real Madrid, Barcelona and Sevilla into contention. They would like to maintain this lead at least when they travel away to Elche before the mouth-watering clash against Barcelona.

Bilbao host Valladolid midweek. They have an outside chance for European places. A win after 8 games might provide them with enough motivation to keep on winning and give it a shot.