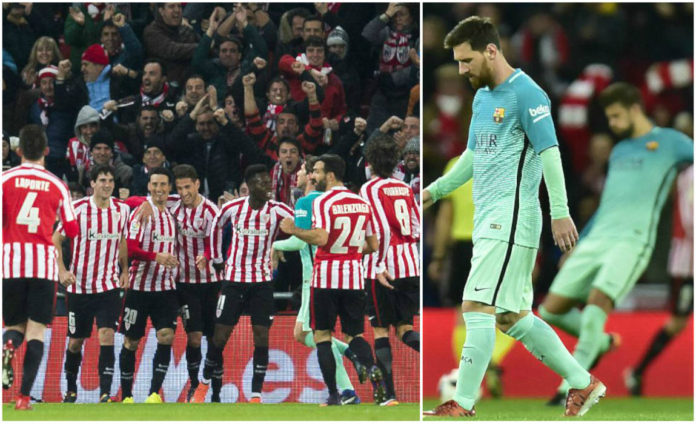 The 35 year old Spanish striker Aritz Aduriz gave his side an early lead at the San Mames. Inaki Williams soon made it 2-0 for the hosts with a sweet right-footed effort. 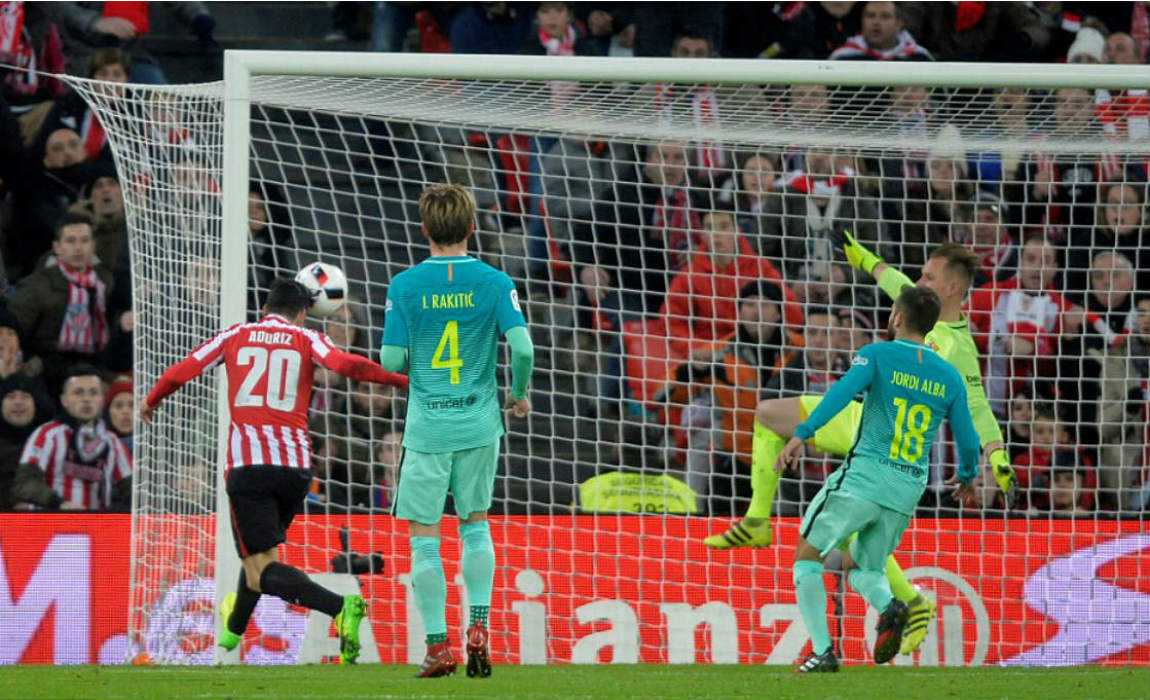 Luis Enrique picked his strongest side, anxious to get off to a good start in 2017 as the club continue their battle on three fronts, although the dream of repeating the treble they earned in 2014-15 is fading.

Aduriz who turns 36 this month showed the darker and much disguised side of his game when he punched Samuel Umtiti in the neck during a corner kick. 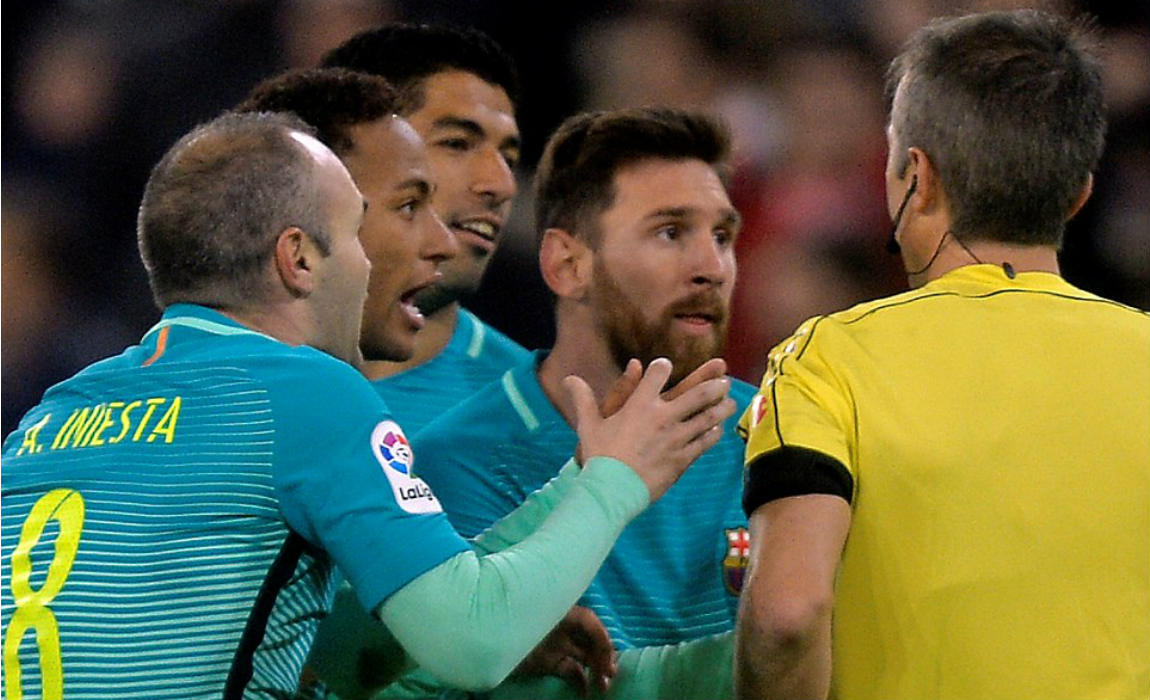 Barcelona were also denied a penalty when Neymar was brought down in the penalty box by Xabier Etxeita. Andres Iniesta, Jordi Alba and Sergio Busquests were all booked in the space of a minute as the visitors lost their heads.

Neymar went into the tunnel at half-time having words with the referee and emerged from it 15 minutes later doing the same. 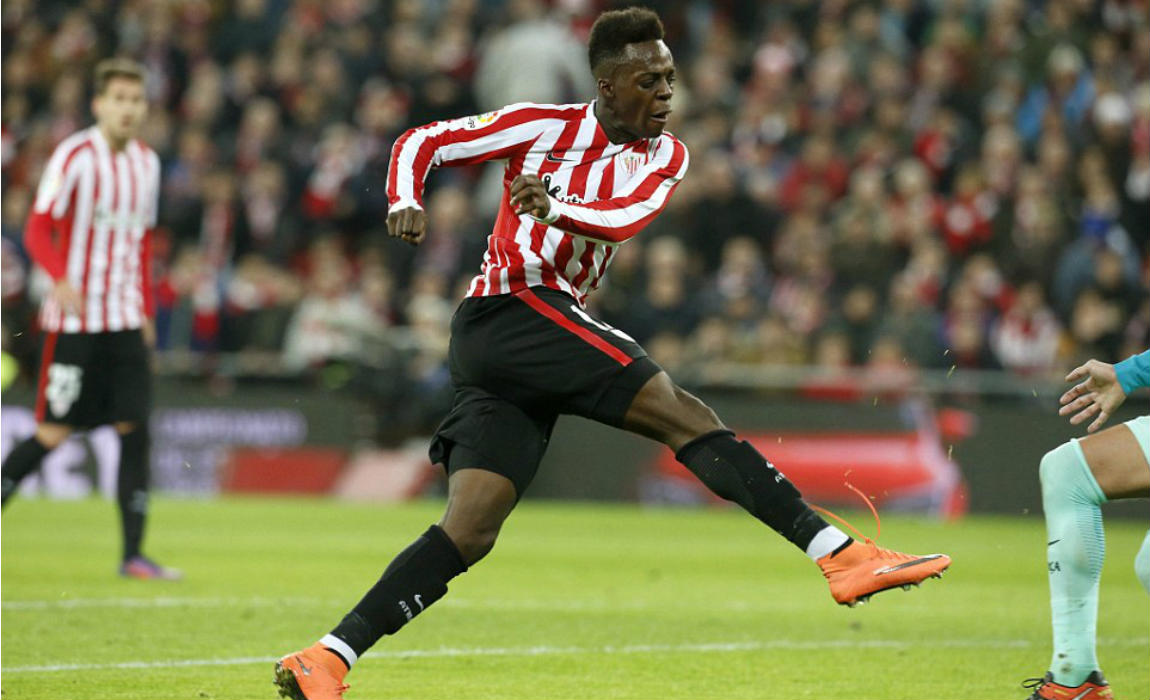 Messi got Barcelona back on track early in the second half with a free kick that Gorka Iraizoz should have kept out.

The Basque goalkeeper pushed the ball onto the crossbar and it bounced into his goal before he clawed it out, with the officials correctly awarding the goal, despite his sly attempts to mask it. 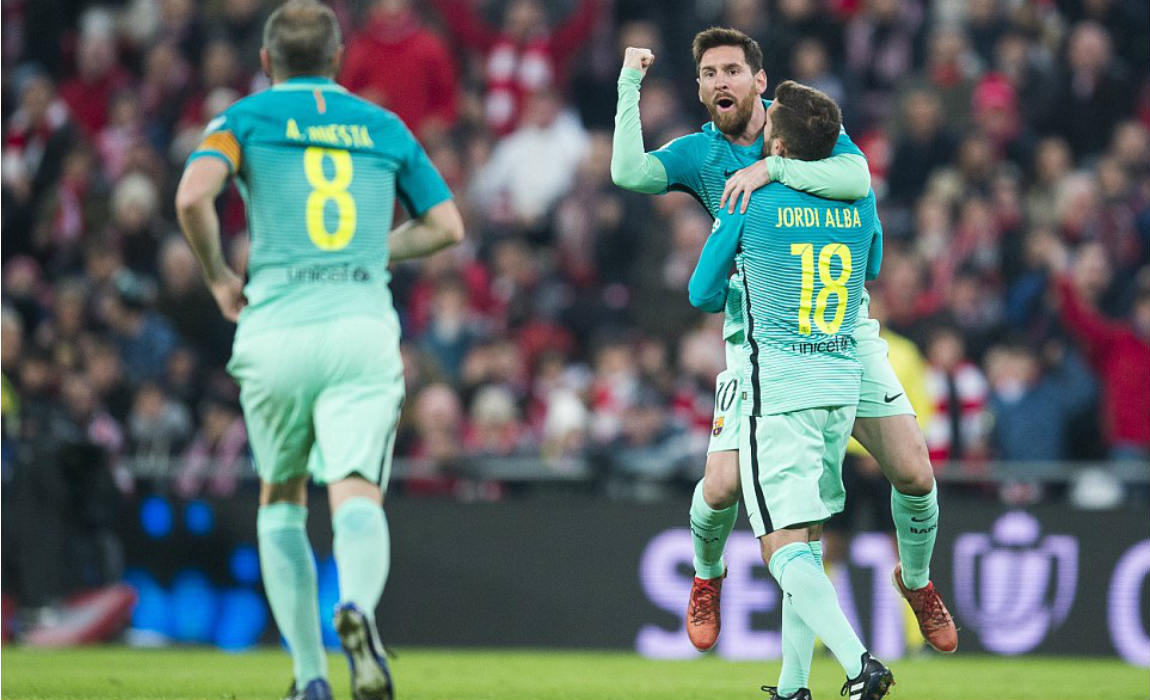 Athletic Club’s aggression came out in the last 15 minutes of the game which saw Raul Garcia and Iturraspe sent off for consecutive challenges on Neymar.

Will Barcelona come out on top at Camp Nou?