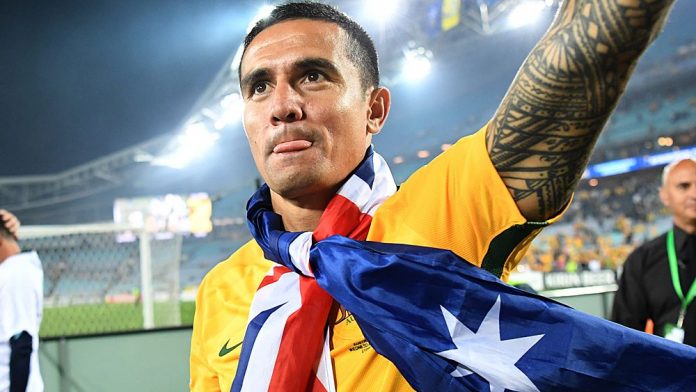 In his career Cahill totalled 50 goals for Australia, making him the leading all-time goalscorer for the side.

“Today’s the day that I’m officially hanging up my boots on my international career with the Socceroos,” Cahill said on Twitter.

“No words can describe what it has meant to represent my country.”

Today’s the day that I’m officially hanging up my boots on my international career with the Socceroos.
No words can describe what it has meant to represent my country. Massive thank you to everyone for the support throughout all my years wearing the Australian badge. pic.twitter.com/gqnM1HWA7S

Cahill also played for Everton Football Club in the English Premier League and for the Shanghai Shenhua in the Chinese Super League, amongst other club appearances.

A number of Cahill’s goals came at crucial moments in Australia’s previous World Cup campaigns, gaining him the status of national icon.

His double in 2006 against Japan made Cahill the first Australian ever to score a goal at a World Cup.

He backed it up in 2010 and 2014 leading to unexpected performances in the tournaments by a nation little known for its ability in the sport.

Cahill recently appeared off the bench against Peru in Russia, but was unable to find the back of the net and Australia was eliminated in the group stage.

There has been no announcement whether he intends to continue at club level, having played recently for Australian club, Melbourne City and second-tier English Football club, Millwall.