10 Man Malaga Surprise Barcelona With A Draw At Camp Nou 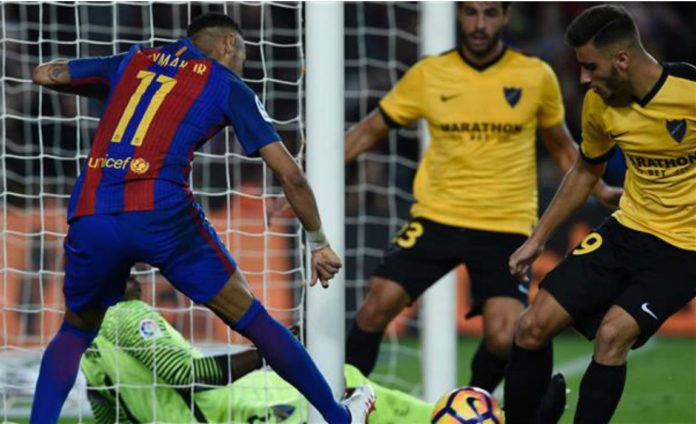 FC Barcelona wasted a chance to go top of the Spanish Liga Santander, all be it only for a short time, when they were held to a 0-0 draw at home to Malaga. 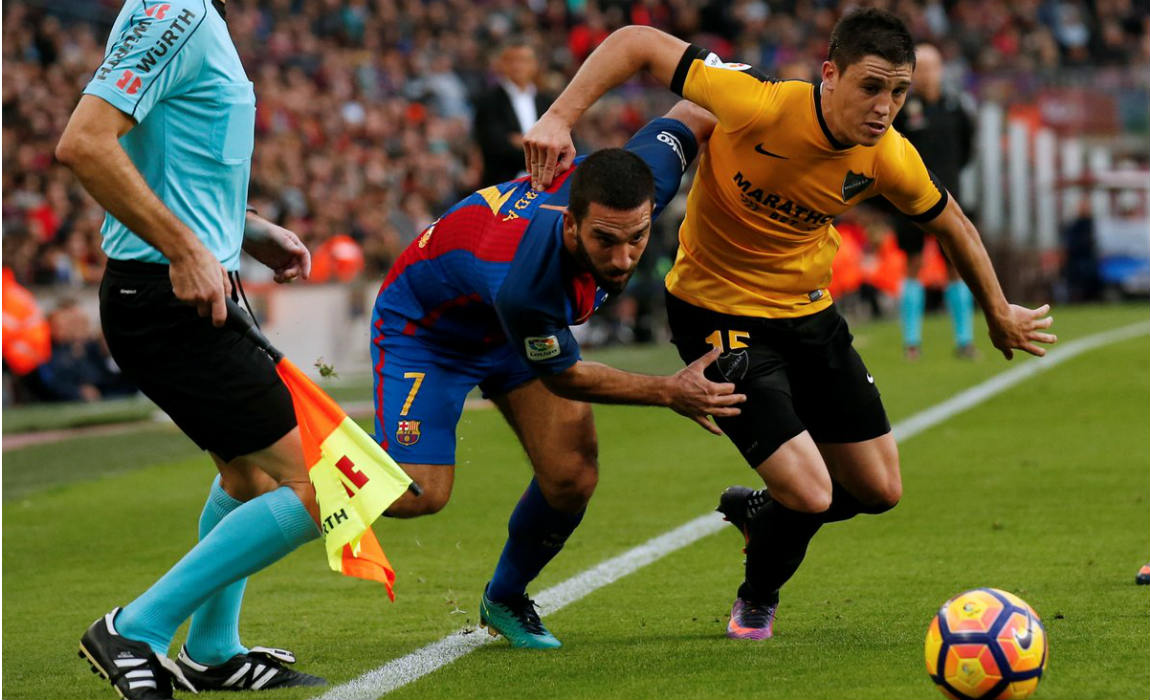 An injury-hit Barca controlled the game from start to finish, but despite laying siege to the Malaga area, they were denied by a brave defensive display by the visitors.

With Luis Suarez out through suspension, Barca lost Leo Messi to illness in the run up to the match, with Paco Alcacer and Arda Turan both included in Luis Enrique’s starting 11, along with Rafinha. 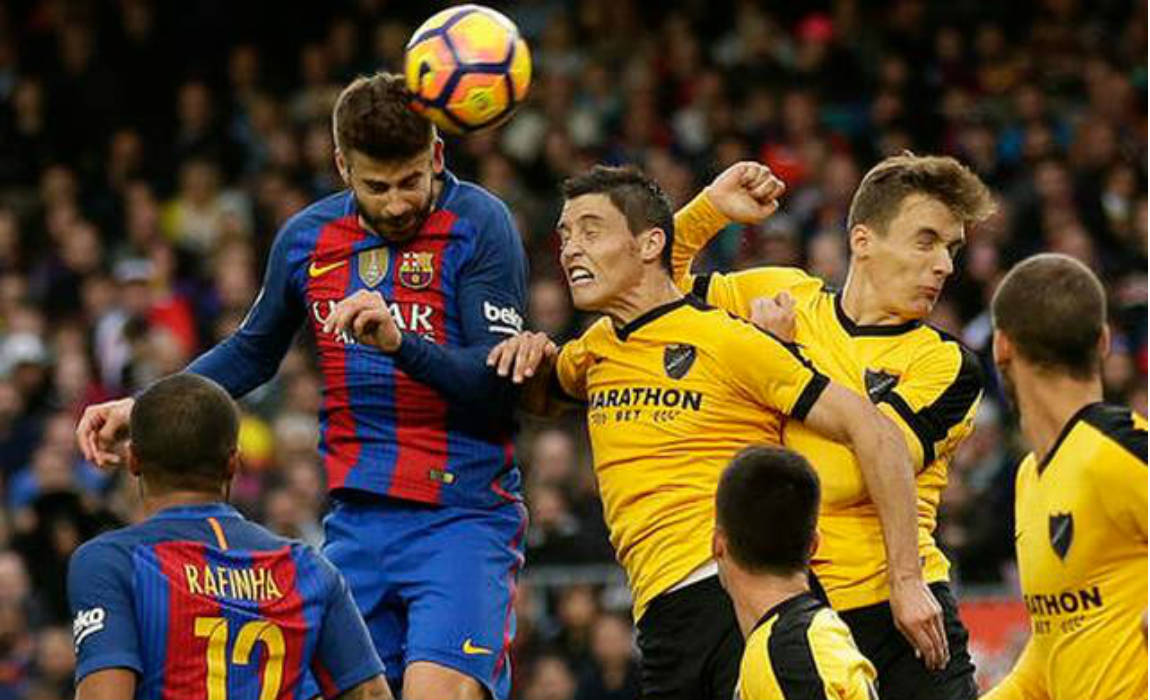 Despite the significant absences Barca took control of the game with Sergio Roberto finding a lot of space down the right.

Neymar saw a couple of shots flash wide, while Alcacer should have done better when well placed and Rafinha fired over before former Barca forward Sandro Ramirez sent in a long range effort which failed to test Ter Stegen, while at the other end Carlos Kameni did well to deny Rafinha with a good reflex save. 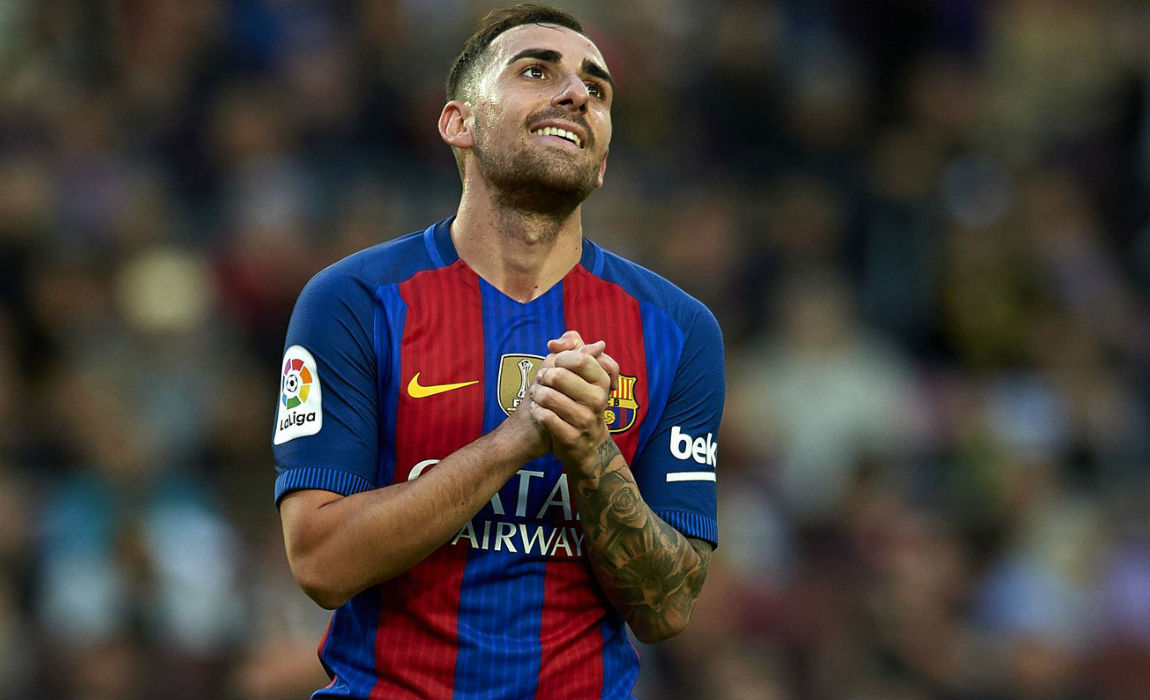 The second half began in a similar manner with Barca coach Luis Enrique urging his side to move the ball faster in midfield – something Malaga did to allow Juan Carlos to round Ter Stegen before firing wide from a tight angle.

Malaga were reduced to 10 men with 21 minutes left to play when Diego Llorente was sent off for a wild challenge on Neymar in midfield.

Ivan Rakitic came on for Barca to give more control in midfield while Gerard Pique moved forward to provide more weight in attack. He saw a header flash wide as Barca upped the pressure and then had a goal ruled out for offside after Andre Gomes had hit the post. 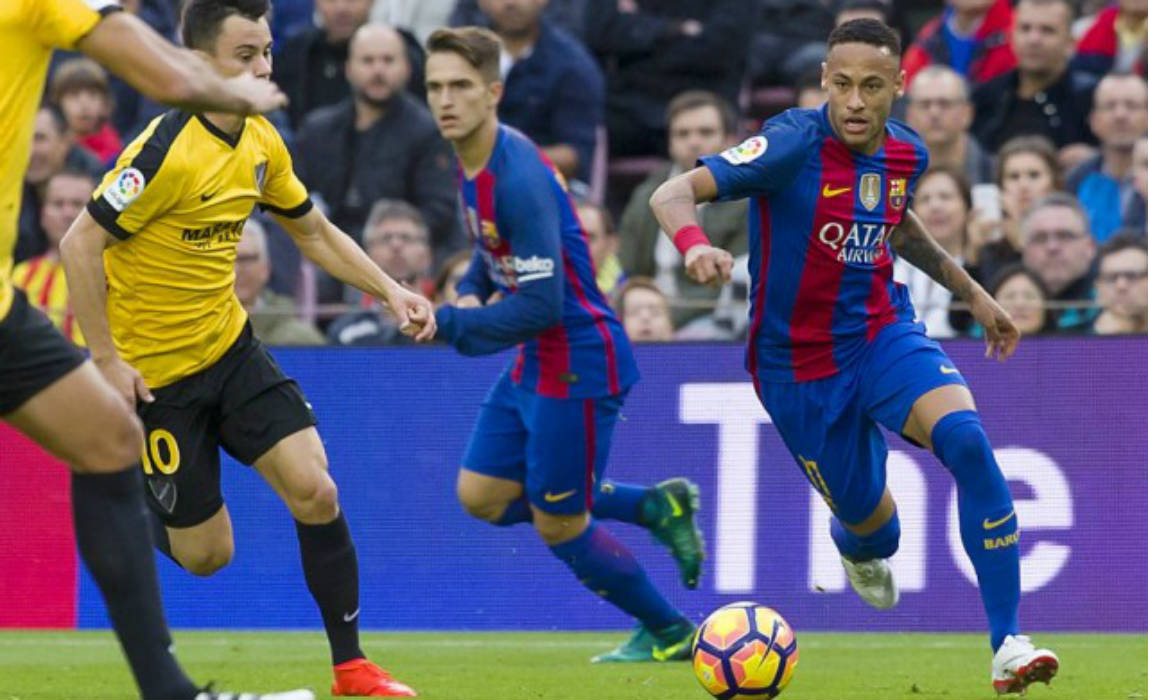 Barcelona kept the pressure on to the end as Kameni needed treatment on a thigh injury in the last minute, but he was still able to make a stunning save to deny Neymar in the 94th minute to ensure an unlikely draw even after Juan Carlos was also sent off in the 96th minute.

Earlier in the day Sevilla fought back from 2-0 down to claim a late 3-2 win to pile the pressure on Deportivo la Coruna. 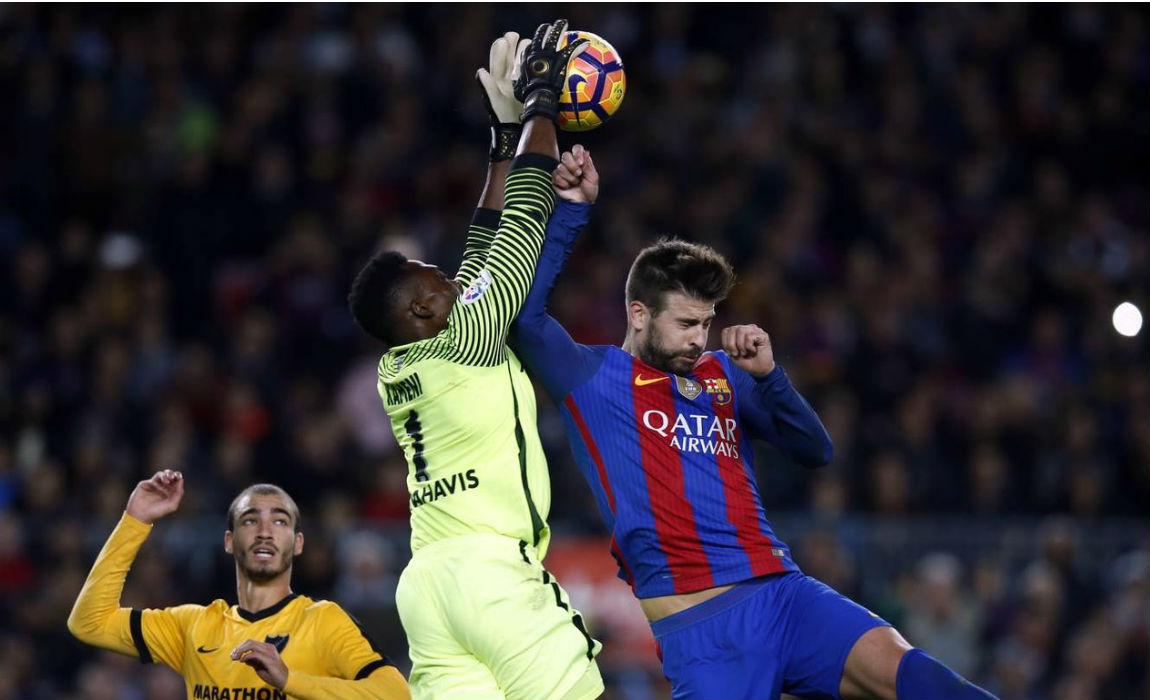 Ryan Babel and Florin Andone put Deportivo 2-0 within 42 minutes but Steven N’Zonzi pulled one back for Sevilla before the break.

Just when it looked as if Deportivo would hand on despite second pressure from their visitors Vitolo leveled the scores in the 87th minute and Gabriel Mercado gave Sevilla their second away win on the season in the second minute of injury time.