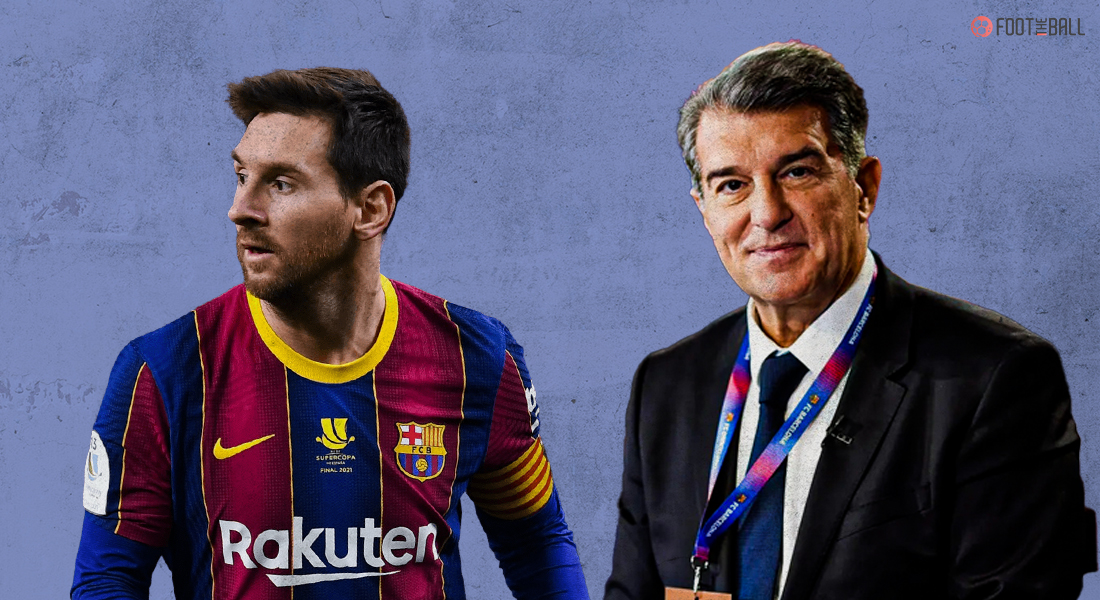 24 hours or roughly one day is not a long period of time. But for football fans, particularly Barcelona each passing second might be as long as a decade. In the next 24 hours, if things stay the same Lionel Messi would become the greatest free agent in the history of the game. Barcelona are making everything in their power to tie down Messi with a new contract before time runs out.

At midnight on Wednesday, June 30th, Messi will no longer belong to Barcelona's squad for the first time in 17 years, if he doesn't extend his contract before that date. [as] pic.twitter.com/RPabgpNdKA

Lionel Messi’s current contract runs out on June 30th and he drops into the free agency pool. He can decide his next club and is free to walk away. For the first time in his entire career, he is at this crucial juncture. A real chance of Messi being without a club for the first time ever might happen shortly.

Barça board and Messi’s camp feel now ‘confident’ to officially announce the agreement until June 2023 next week.

Both parties involved are working to fix ‘final details’ on contract clauses. ⏳ pic.twitter.com/dZ0zIsGeB3

Barcelona on the other hand are confident that Messi is going to sign a renewal. Their president Joan Laporta insisted that Messi has no reason to leave. How can anyone let go of the greatest player of all time from their club that easily? According to transfer pundit Fabrizio Romano, the deal is almost complete and Messi is going to sign a new contract with Barcelona until June 2023. Since there is no official announcement the tension is growing with each passing hour.

If you ever think of loyalty or one-club men, few names would certainly flash into your mind. Legends like Francesco Totti and Paolo Maldini are examples. Lionel Messi is the very embodiment of this term. He arrived in Barcelona as a kid in search of a better life. He joined La Masia. The La Pulga’s otherworldly talents escalated his first-team breakthrough. Once he made his senior bow there was no stopping Messi from taking over the world and arguably become the greatest player of all time. Though he had numerous opportunities to leave Barcelona during his career, he chose against it.

BREAKING: Lionel Messi has told Barcelona that he wants to leave the club this summer. (Source: Esporte Interativo) pic.twitter.com/2Iyx7yEQQa

What seemed unthinkable finally happened in the summer of 2020. Barcelona were struggling on the field and off the field. An aging squad was unable to compete for top honors and fell short in the league and Europe. Lionel Messi despite giving his best was blamed unfairly by some sections of media. The Argentinian was at times the lone warrior on the pitch. He was heartbroken by what was being said. Messi also lost trust in the Barcelona project under the then president Josep Bartomeu.

Shocking the entire football world, Messi put in a transfer request to leave the club. It sent waves through Catalonia as people gathered in large numbers despite the Corona Virus to plead their best player to stay. Potential suitors like Manchester City and PSG were alert and made their inquiries with Messi’s camp. A clause potentially could’ve let him move as a free agent last year itself.

Perhaps Bartomeu’s biggest success was convincing Messi to stay. He used legal obligations in Messi’s current contract and blocked his move. He also promised Messi changes and assured Messi of his support.

WHAT HAS CHANGED SINCE?

Messi stayed after all the transfer drama. He was a little rusty in the new season and he was again balmed for losing interest in Barcelona. However, Messi shrugged of a small rare blip and started performing for the club he loves the most again. A huge turning point in the plot came when Bartomeu and his entire board decided to step down as they let the club down.

Messi was a relieved man. On the pitch too he found new friends in youngsters like Ansu Fati, Pedri, and Riqui Puig. Ronald Koeman gave Messi a free role and let him dictate the play. Also off the field, a new board was getting ready to succeed Bartomeu.

Joan Laporta who delivered incredible success in his first spell at the club was re-elected again. The Spaniard has excellent relations with Messi and he used it to convince his Starman. Barcelona’s success in the Copa del Ray might also tempt Messi into trusting the new project under Laporta. He has already made signings of intent in Sergio Aguero and Memphis Depay.

Watch it and enjoy 🙂 pic.twitter.com/tyxA50dpwc

The club was always confident that Messi would resign with them. An announcement was expected earlier but weirdly it didn’t arrive. Messi left for Copa America in Brazil with his future up in the air. Messi’s father Jorge Messi represented him in the contract negotiations. It is safe to assume that they have found a win-win point for both parties at some point of time.

An official announcement might be a matter of time. Barcelona would try to do everything in its power to announce the new contract extension signed by Messi in the coming 24 hours.