Barcelona need to urgently sell players after finishing last season in underwhelming fashion as the Blaugrana came in third place in La Liga in addition to crashing out of the Champions League in the Round of 16 to a Neymar-less Paris-Saint Germain. 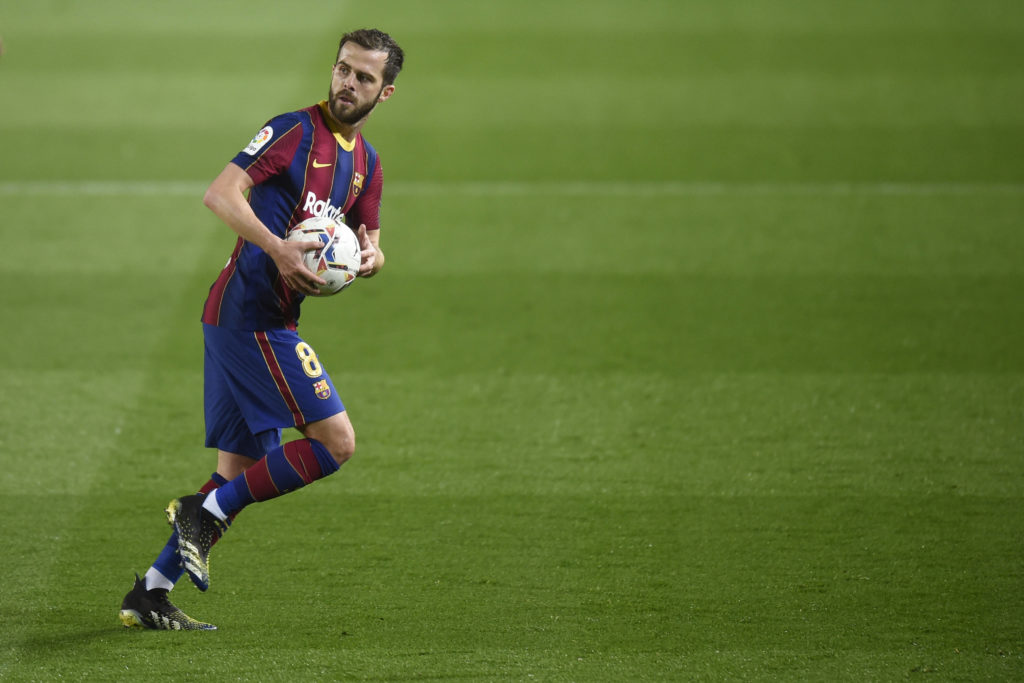 The Catalans were nevertheless able to win the Copa del Rey, but their collective performance has still got vast room for improvement. And the club’s financial woes don’t help them at all in this situation.

There are a lot of players that need to be offloaded before the next season begins in Spain and Ronald Koeman has to make a decision now regarding who stays on and who leaves Camp Nou.

The Bosnian arrived at Camp Nou last summer in a transfer that saw Arthur going to the Juventus Stadium in Turin.  The former Lyon player signed a contract for four seasons with the Blaugrana, but he has been largely relegated to the bench during his debut season with the Catalans in La Liga.

He made a paltry six starts in La Liga and wasn’t involved in even a single goal or assist for the Azulgrana when playing on the pitch.  To top it all, he is one of the bigger earners at Camp Nou and therefore offloading him will be on the minds of the Barcelona board this summer to escape from the heat of financial troubles.

The Bosnian too, sees a move away from Catalonia as conducive to his football career and Inter Milan could be his next likely destination next season. It is important to understand that Pjanic has plenty of experience in Serie A. He played for AS Roma in the Italian capital for five seasons before moving north and joining Juventus for four seasons.

Ronald Koeman doesn’t see him as integral to his long-term plans for Barcelona and the player is understood to have taken cognisance of the same. Therefore, a move away for him would be the best alternative for all parties involved in this situation as both Barcelona and Pjanic would benefit if the Catalan club decide to sell him.

The Catalans loaned him to Bavaria for the 2019-20 season and the Brazilian won the Champions League. Enroute to glory he humiliated Barcelona by setting up two goals and scoring one in an eventual 8-2 rout in the quarter-final in Lisbon last year.

His loan move raised hopes of a renaissance in Barcelona, but so far he has once again struggled and coped with injuries. Selling him must be the top priority in Catalonia as the Blaugrana don’t want to pay €20 million to Liverpool if he reaches 100 appearances in a Barcelona shirt.

The former Liverpool player is still only 29 and can secure one last big money move to an elite European club this summer. In addition to that, selling him would mean a major burden off of Barcelona’s books as the Catalans continue to recover from financial turmoil.

Coutinho, if he does leave this summer, will be leaving with a bittersweet taste in his mouth after not being able to accomplish what he had originally set out to.

His stay in Barcelona is poignantly reflected in the following lines by the American-born British Modernist poet and literary critic T.S. Eliot – “This is the way the world ends, not with a bang but a whimper”.

The Frenchman has quite simply struggled at the back for the Catalans throughout his tenure until now in Barcelona. He has shown flashes of brilliance, but has not been able to consistently perform for the Blaugrana.

Last season the Catalans conceded 38 goals in 38 matches in La Liga – the most of any team in the top four of the Spanish top-flight.  Even though Barcelona’s other defenders also performed poorly, Lenglet is the one who needs a change of scenery at the earliest possible opportunity.

As per reports in the media, Barcelona are looking to sell some defenders this summer and Lenglet has been included in that list by the Azulgrana.

In Euro 2020, Lenglet made just one appearance for France – in the Round of 16 match with Switzerland – and was deployed as the central player in a back three in front of Hugo Lloris. He endured a horrific performance as France conceded the opening goal with him being caught napping at the back. The Frenchman was replaced at half-time by Didier Deschamps, but France went on to lose on penalties to the Swiss.

At the moment, what Lenglet needs more than anything is to ply trade at a different club where he can work on his improvement and likely fulfill his talent and potential. Therefore, selling him seems like a sensible decision given the current state of things in the Catalan capital.