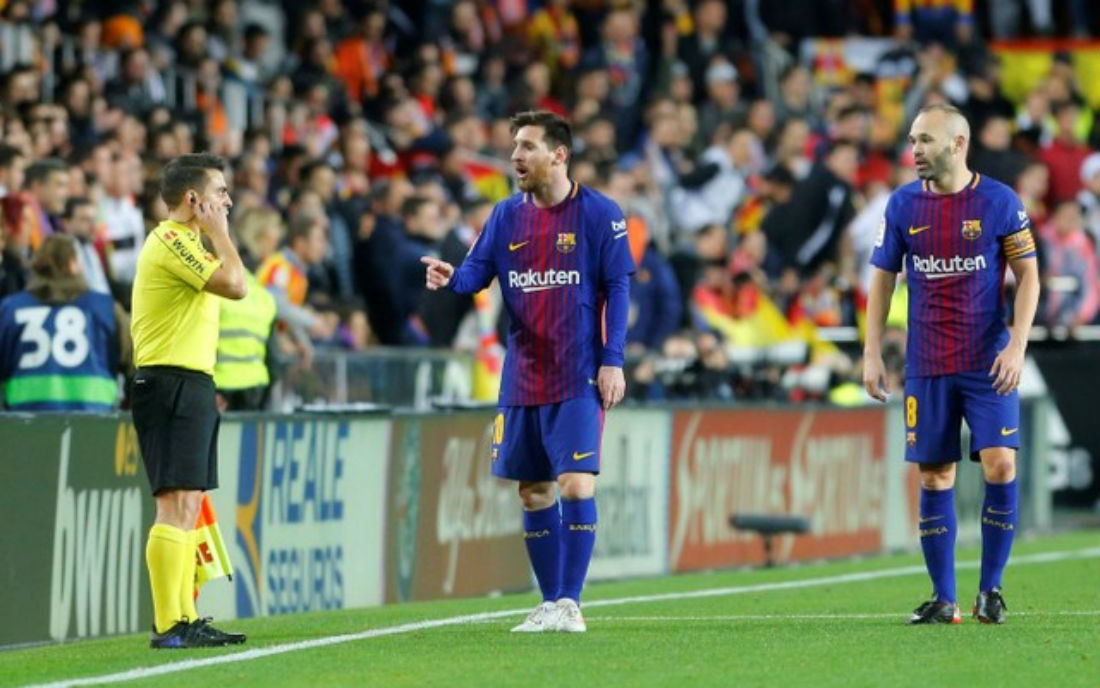 Barcelona forward Lionel Messi was denied a goal by a lack of goal-line technology in his side’s 1-1 La Liga draw at Valencia, prompting a call from his coach and teammates for it to be used in the league. 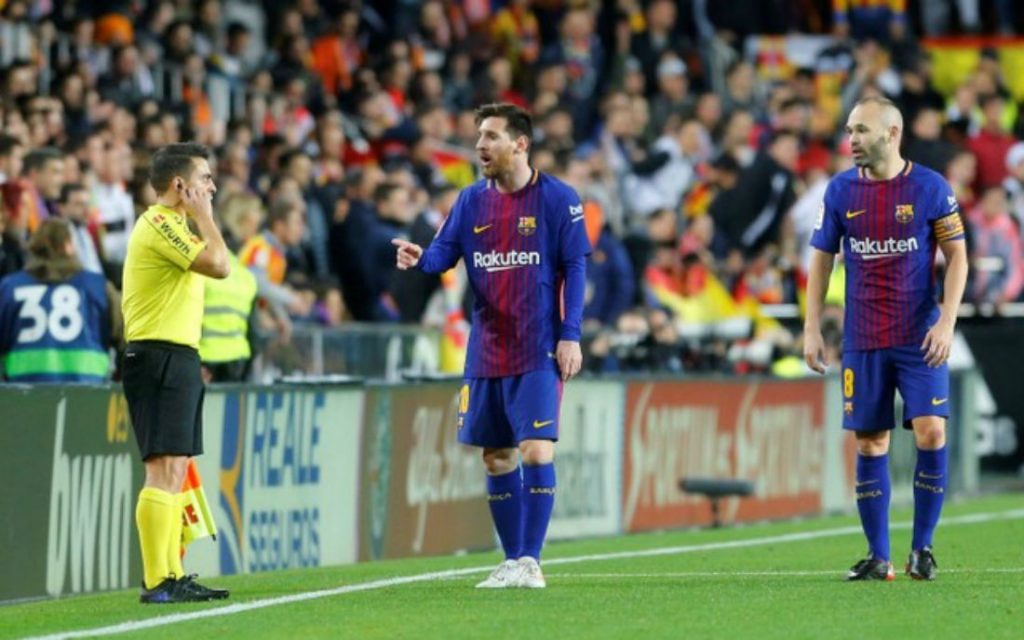 The Argentinian’s shot after 30 minutes of the first half was fumbled by Valencia goalkeeper Neto and TV replays showed the ball clearly crossed the line.

Messi and teammates wheeled away in celebration but were stunned when referee Ignacio Iglesias failed to give it.

Spain’s top flight is the only one of Europe’s leading five leagues which has so far shunned the use of goal-line technology, much to the frustration of the teams. 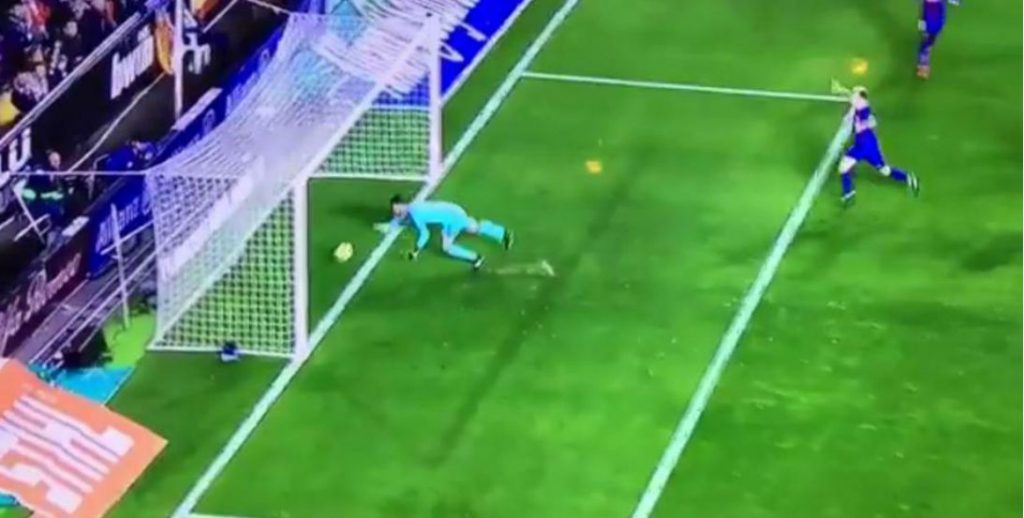 The Spanish soccer federation (RFEF) announced this month that the Video Assistant Referee (VAR) system would used in the league from the start of next season, joining Germany’s Bundesliga and Italy’s Serie A who are using the technology.

VAR involves assistant referees watching the action remotely and then drawing the match referees attention to officiating mistakes or serious incidents that have been missed.

While goal-line technology just determines whether the ball has crossed the line, VAR can also be used for decisions on red cards, penalties and cases of mistaken identity. 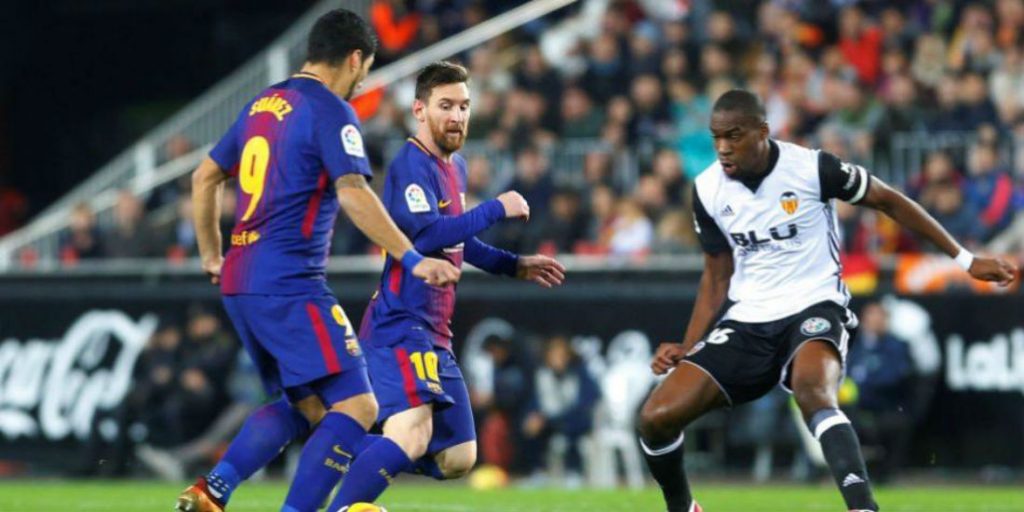 Barcelona manager Ernesto Valverde hailed the valuable point his side were able to secure on the day, but couldn’t ignore the need for VAR technology after the match.

“We would have liked to get the three points but we are happy with how we played. We can all agree that in these type of clear situations, when it’s clear the ball has gone over the line, that [help is needed for referees],” Valverde said.