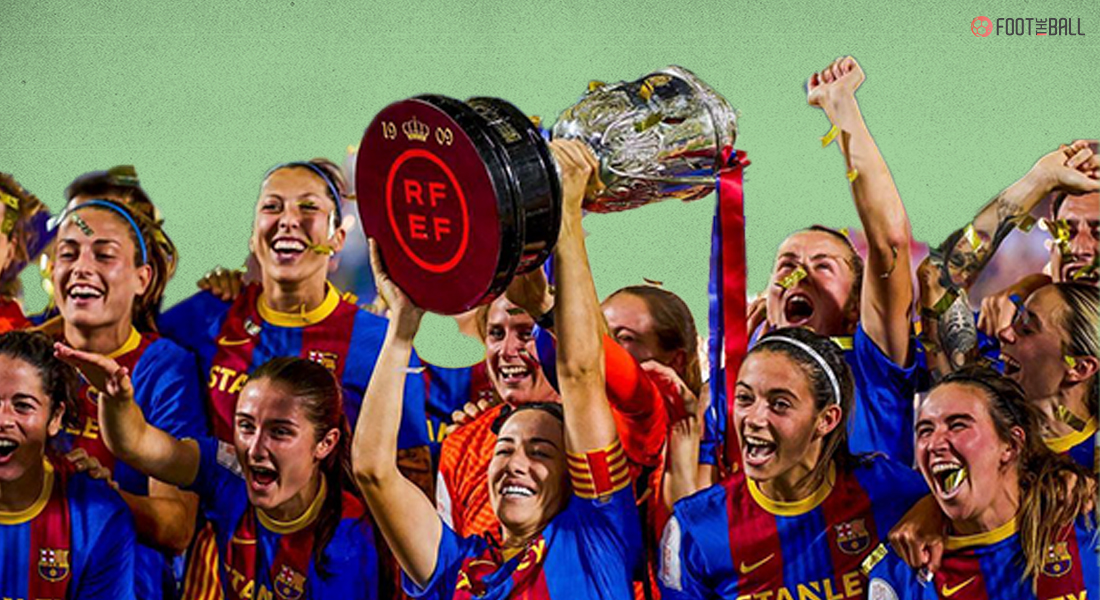 Barcelona Women's Team Wins The Treble, Sets An Example For Messi And Co. To Follow

Barcelona Femeni, the women’s team of FC Barcelona achieved a great milestone in their Copa de La Reina win over Levante which completed a historic treble after they came out victorious in the Liga Femenina and UEFA Women’s Champions League earlier this season.

The treble was the first of its kind in women’s football and Barcelona became the only club to have achieved this feat in both men’s and women’s football. Their men’s team won the treble in 2008/09 and again in 2014/15.

Barcelona brags about being the greatest multi-sport brand in world football and they backed up this achievement. The Women’s Champions League victory was the club’s 42nd continental title across different professional sports, whereas, their 4-2 win over Levante confirmed their combined 18th treble in football, basketball, handball, rink hockey and futsal. They might add another one with their handball team still active in the competitions.

Barcelona Femeni have a 100% record in the Liga Femenina winning 28 out of 28 games and securing a 17 point lead over second-placed Real Madrid Femenino. They accumulated a goal difference of +132 in those 28 games, scoring 139 goals while conceding just seven, keeping 22 clean sheets.

In the Women’s Champions League, the Barcelona team lost just one match and thrashed every opponent that came in their way. In the final as well, they knocked Chelsea out of the park with four first-half goals that were enough for them to see out the match.

THE LADIES HAVE SET AN EXAMPLE FOR MESSI AND CO.

While the women’s team thrived, the men’s team severely under performed this season. It was the first time in 13 years that Barcelona finished out of the top 2 in the La Liga. The Catalan club had the chance to climb up the table and even finish as champions until their second last match, but they kept on losing points to smaller teams, kept on losing every opportunity they had to climb above their rivals Real Madrid and Atletico Madrid.

The women’s team have truly set an example for the men’s team to follow by dominating the sport all around. Barcelona men’s team won their second and last treble in 2014/15, and have slowly gone downwards ever since. 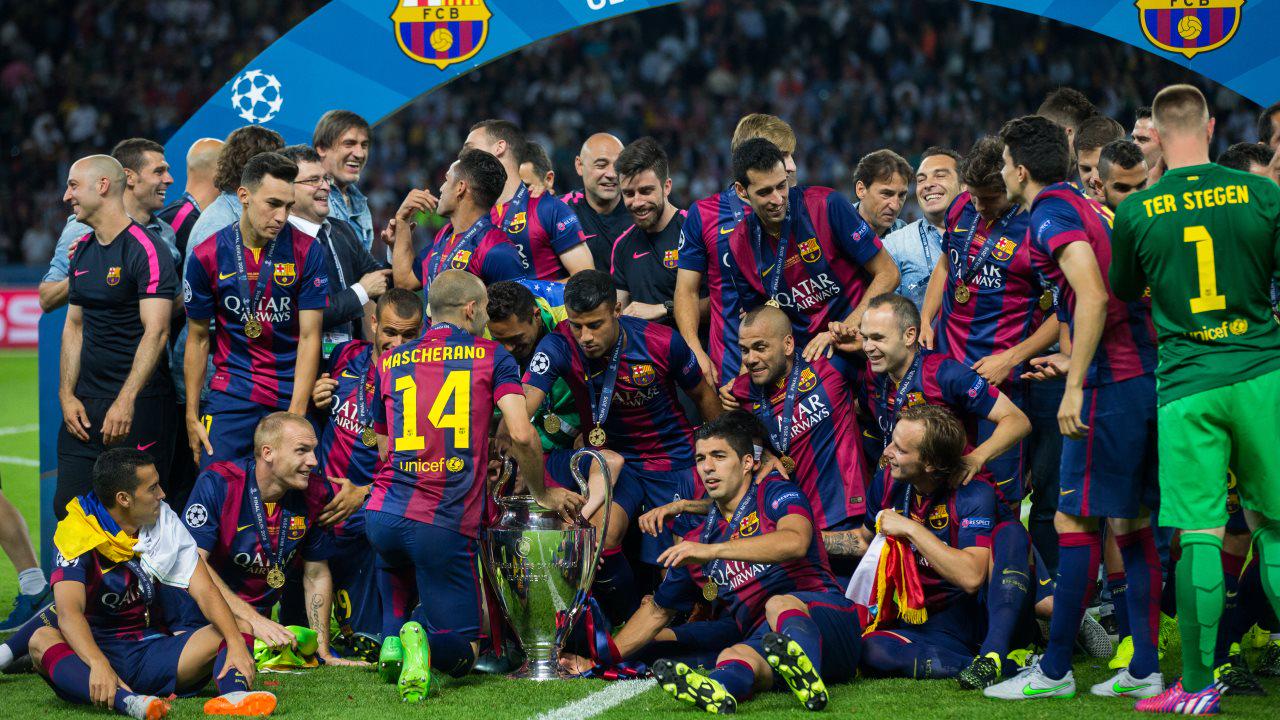 The six trophies that they won don’t show the actual picture of the club’s form with Spanish football being heavily dominated by two clubs, Barcelona and Real Madrid. Rather, their performance in the Champions League in the last five years shows how the once-dominant force in Europe crumbled despite having the best player in the world at their helm.

Since winning the Champions League in 2014/15, Barcelona have crashed out of the competition four times in the quarter-final stages, once in the Round of 16, and their best performance came last year when they reached the semi-final where they were infamously wrecked by Bayern Munich by a scoreline of 8-2 (single-legged tie at a neutral venue due to covid19 pandemic).

The fans pinned the blame of their European form on the board and especially club President Bartomeu which forced him into resigning from the position. Joan Laporta was elected the new president of the club, primarily because of his good relationship with club captain and legend Lionel Messi. Messi wanted to leave the club after the humiliation last year at the hands of Bayern, but the delay in the season due to the pandemic forced him to stay for another year to avoid a legal battle with his boyhood club.

A POOR STRING OF ACQUISITIONS

Their appointment of Ronald Koeman as manager was looked at suspiciously since the beginning and it did turn out that way as the season progressed. They lost to both Real Madrid and Atletico Madrid, putting them behind on head-to-head which would have been a deciding factor had they closed the gap and ended up with the same points as the two.

While the Barcelona women’s team bought the best players from across the continent to build a force to reckon with, the men’s team has been very poor and unlucky in its transfer policies. They sold their best striker for years in Luis Suarez for pennies to direct rivals Atletico Madrid, who led them to the title scoring 21 goals this season. Their marquee signings in Dembele, Griezmann and Coutinho didn’t really work out the way they wanted after spending approximately €400m on them.

Official: @FCBarcelona have completed the signing of @aguerosergiokun on a free from @ManCity

Recently, they acquired Messi’s compatriot Sergio Aguero on a free transfer, which is again a shady call seeing his recent injury record in his 32-year old body.

Barcelona men’s team needs three things to step up and match the recent achievements of their women’s team. The three things are –

Barcelona is too big of a club to experiment with the coaches that do not have the right experience and ideas that match the club’s philosophy. They need to build a plan with a coach they can trust to implement it, and they will need to back the coach with the players that he needs to implement the ideas and not just faces who can generate more revenue for the club.

The Catalan club needs a proper rebuild, with young players like Ansu Fati and Pedri becoming the face of the club. La Masia, the academy that gave players like Xavi, Puyol and Iniesta needs to be trusted again to provide the players with the right mindset.

The club’s dependency on one 34-year old player to produce the magic every time has become fruitless for both the parties and with what Messi has provided to the club for so many years, he deserves to enjoy the final years in the sport without the burden.