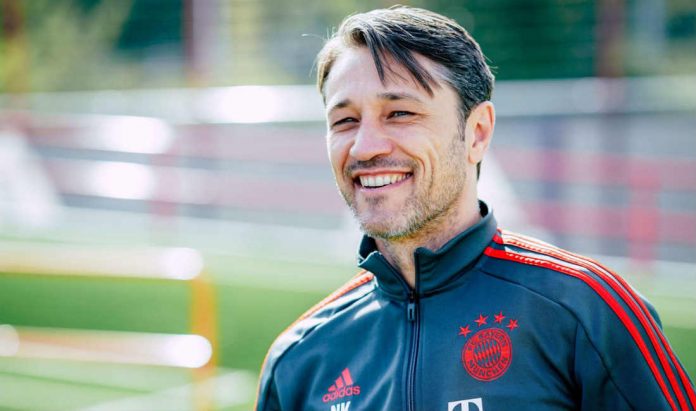 Call it a smart strategy or the start of challenging series of mind games: Bayern Munich coach Niko Kovač seems to know what is best to turn around things in the Bundesliga and create a happy end for his colours.

In advance of the second half of the 2018/2019 Bundesliga season, Kovač said his side is comfortable with the hunter’s role having to chase league leaders Borussia Dortmund.

“We are determined to close the gap of six points and win the title,” the 47-year-old commented with a broad smile running over his face. His team and he have learned their lesson in the season’s first half he emphasized reminding everyone “that we have made several changes leading us back to success.”

The 18th round of matches couldn’t be more entertaining. The reigning German Champions Bayern Munich is facing the TSG Hoffenheim in its curtain raiser this Friday evening. Dortmund has to survive a crucial duel in their away game against RB Leipzig this Saturday evening.

The German title race in 2019 is said to be the most thrilling one of the last years after the Bavarians had won six consecutive national titles. This time pundits and fans expect a nail biter.

Former German international Lothar Matthaeus predicted Dortmund crossing the finish line with only one point ahead of Bayern while former Bayern and Chinese Super League coach Felix Magath is expecting Bayern to be the mentally stronger side.

Former Dortmund and Bayern coach Ottmar Hitzfeld said Dortmund should never forget about Bayern. The Bavarians will steadily be breathing down the Blacks and Yellows neck.

Kovač has survived a little earthquake in Munich last autumn. “Team and coach have found their way, that makes them a dangerous competitor,” Hitzfeld commented.

Kovač seems pleased about the full range of opinions as he is convinced a constant debate will enforce his team’s motivation.

He spoke about the massive experience of his performers when it comes to winning trophies. “We know how to win titles, and the team was used to rule the league from the top. But currently, I see they enjoy the challenge we face as the hunting team,” the former Croatian national team coach said.

Kovač said his optimism is based on three key points as he abandoned rotation to gain more consistency, closed down the middle and enforced the flanks. “Stabilizing the centre of our midfield allowed us to make our flanks stronger and more effective,” he said.

On the way to his first league title, Kovač has to face several difficulties. Not only a successful start is a must. Kovač has to deal with the increased competition within his squad. Just the position of goalkeeper Manuel Neuer and spearheading striker Robert Lewandowski seems undisputed.

In the Bavarians midfield, Javi Martinez is challenging Leon Goretzka while James Rodriguez and Thomas Mueller demand to be among the starting eleven. Along the flanks, the golden agers such as Franck Ribery and Arjen Robben face the youngsters such as Kingsley Coman, Serge Gnabry and Alphonso Davies.

“Everyone deserves to play, and I am aware the ones left out won’t understand, but we have to keep our goals in mind,” Kovač said.