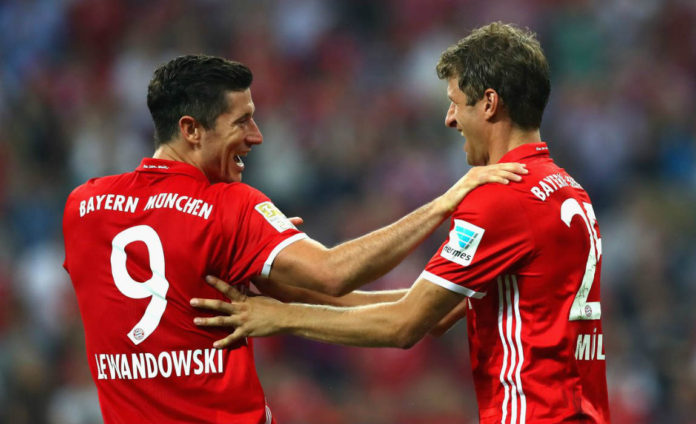 Robert Lewandowski scored three goals to help Bayern Munich to see off Werder Bremen 6-0 at the curtain raiser of the 54th Bundesliga season on Friday. 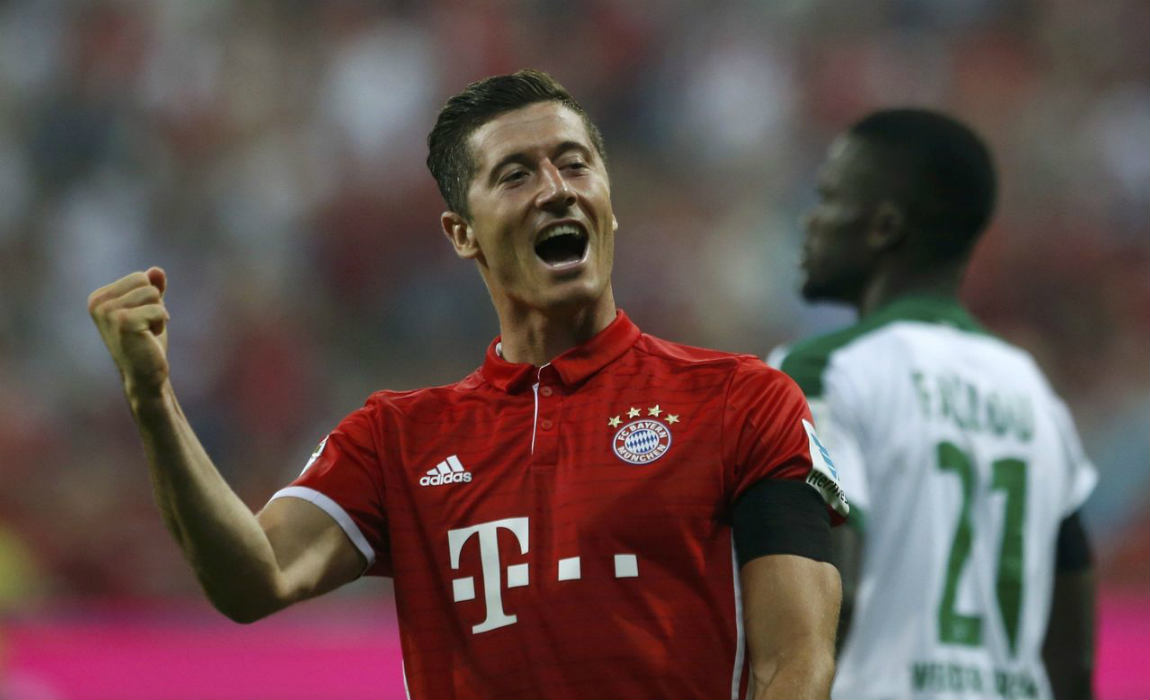 Titleholders Bayern Munich reaped the highest opening game victory since 1974 as the hat rick from Lewandowski and goals from Xabi Alonso, Philipp Lahm and Franck Ribery sealed the first win of the season. Meanwhile, Werder Bremen suffered the second setback after crashing out of the German Cup recently.

Carlo Ancelotti’s men grabbed a bright start at outsold Allianz Arena as Xabi Alonso benefited on a failed clearance to hammer homed a drop kick from the edge of the box into the top right corner with just nine minutes into the clash.

Bremen defended deep but were unable to stop offensively minded “Bavarians” who doubled the lead only four minutes later through Lewandowski, who made use of a through ball from Franck Ribery, that allowed the Polish international to beat Bremen keeper Felix Wiedwald with a well-placed shot into the far post corner from sharp angel. 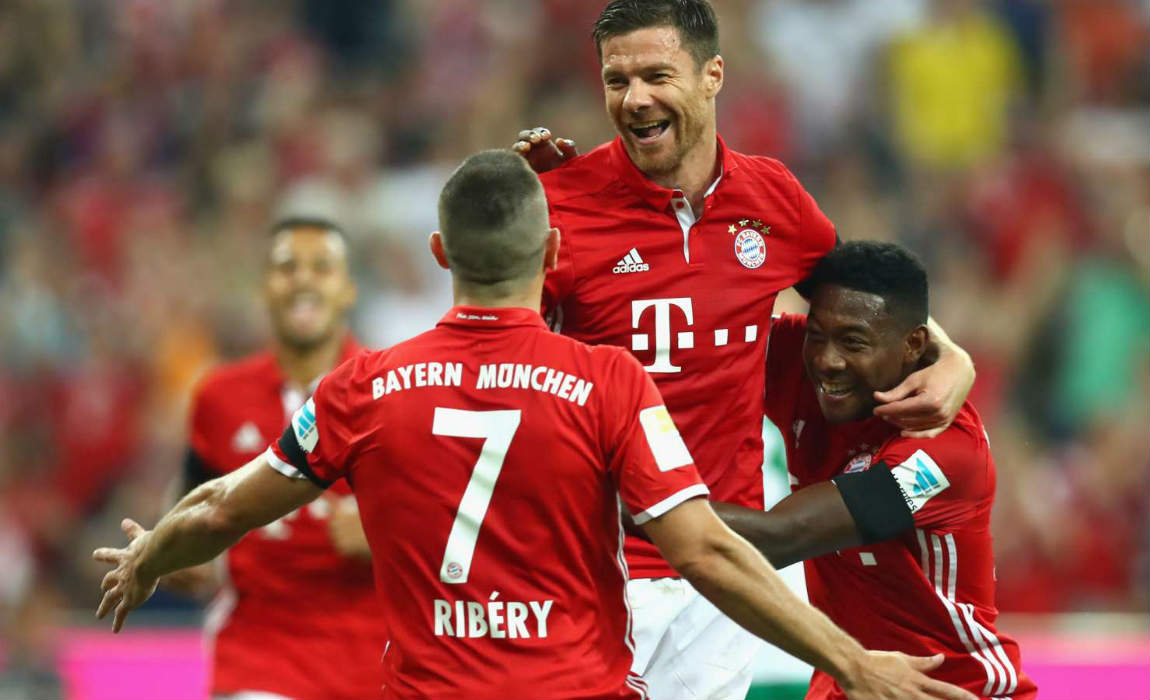 Bayern controlled the proceedings on the pitch and should have added a third goal before the break but Bremen goalkeeper Wiedwald the efforts from Thomas Mueller and Lewandowski.

However, the German record champions continued with their one-way soccer after the restart as Lewandowski sewed up his brace 39 seconds into the second half after tapping home Mueller’s cross to the far post.

Bremen remained harmless in front of Bayern’s goal whereas the hosts were not done with the scoring as Philipp Lahm finished a one-two with Mueller to make it 4-0 on the scoreboards in the 66th minute. 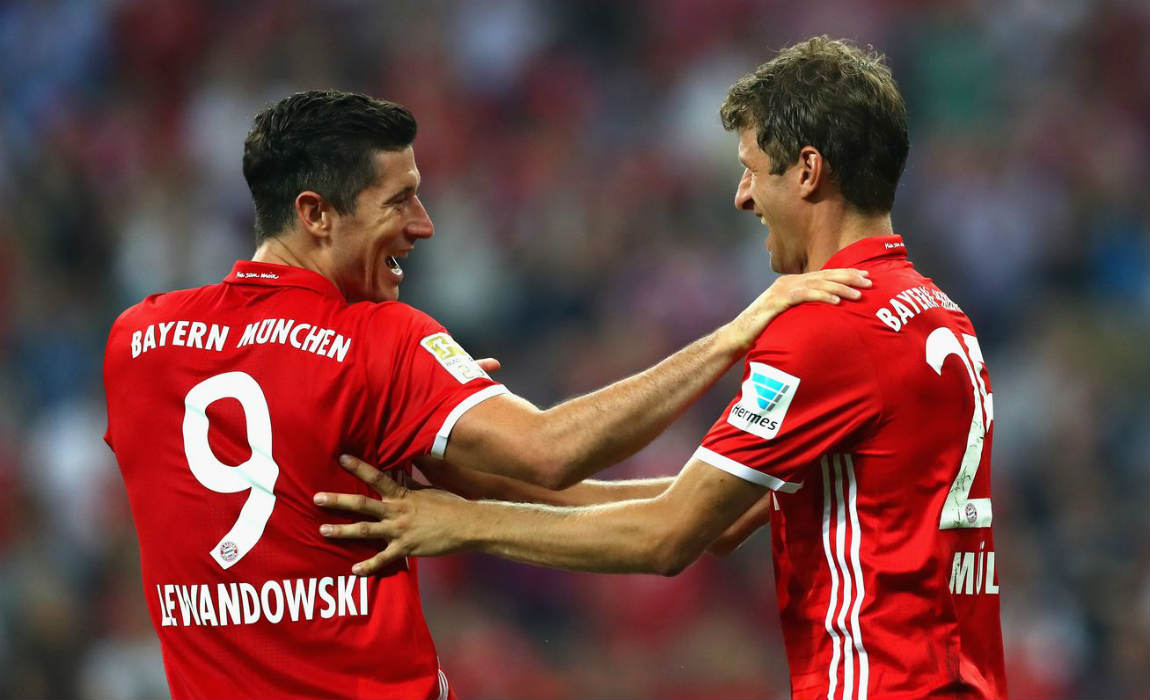 Things went from bad to worse for the visitors as Bayern continued to score goals through Ribery and Lewandowski, who sealed his hat rick after converting a foul play penalty in the 77th minute.

“We started very well and scored an early goal. The whole team played well,” Carlo Ancelotti said after reaping the first win of the season as Bayern coach.

“The third goal after the break was the crunch point. Today was not our day,”  Bremen coach Viktor Skripnik said. 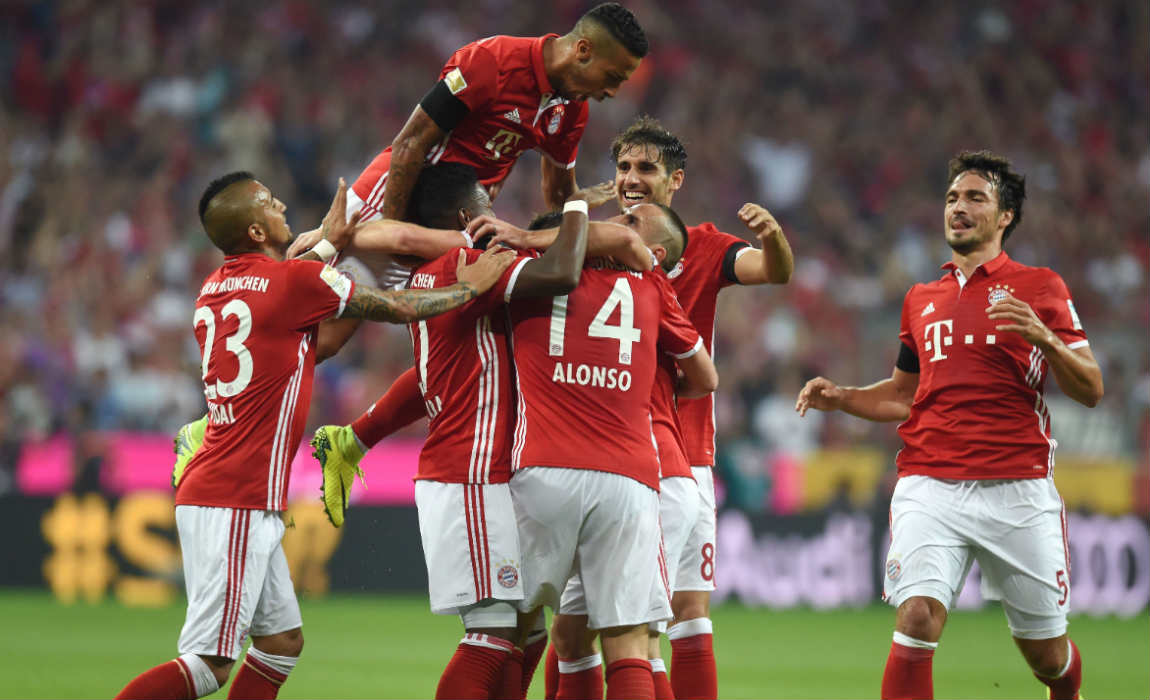