The best in Women’s football 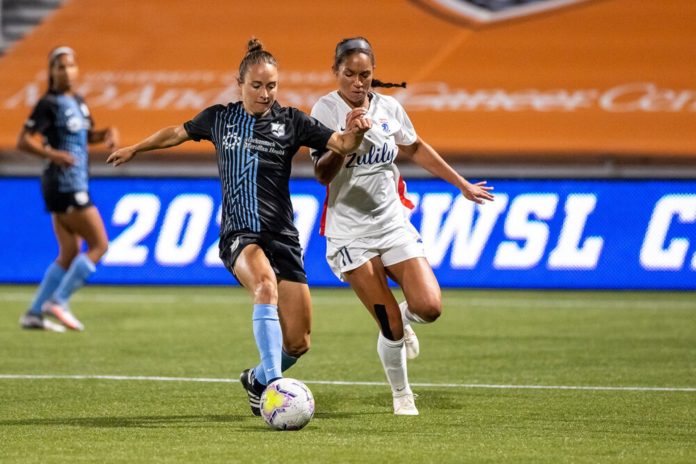 Alexia Putellas, who won the 2021 Ballon d’Or Féminin, was expected to be a player to keep an eye out for at Euro 2022. Unfortunately, she suffered a terrible injury just a few weeks before the tournament began, and she will not be able to participate.

The extent of that injury meant that the Ballon d’Or winner will be out for several months after rupturing the painful cruciate in her knee before the start of the Euros. Amateur Sarriegi of Real Sociedad replaced her on the team. Jenni Hermoso, who was already injured and was not included on the list due to a knee injury, did not play a single minute of the tournament.

However, several other well-known athletes were expected to excel in England. We look at a few of the ones to do well in the UEFA Women’s EURO 2022.

In the most recent Euros, Denmark finished as runners-up, and Harder scored the tournament’s lone goal against the Netherlands in the championship match.

At just 16 years old, she became the youngest player in the country’s history to net three goals on her international debut, and she has since gone on to score 68 goals in her career.

In 2020, she moved from the Bundesliga to Chelsea for the most money ever paid for a player. She missed much of the previous season due to a knee injury, but she returned to help Chelsea defend their WSL title and win the FA Cup.

Hegerberg is a crucial part of the Olympique Lyon team, which is effectively dominating women’s soccer both locally in Europe and France. Ada is also commonly bet on by punters. She is always on the front pages of trusted new sportsbooks and magazines.

She finished as the league’s best player for straight seasons and won a slew of individual honours, including UEFA’s Best Women’s Player in Europe in 2016 and the Ballon d’Or in latter years. Her initial five seasons in D1F were a dream for her.

Unfortunately, her progress was hampered for over two years due to an ACL injury. She finally made a comeback in October of last year and was just as important as before, tallying 17 goals in 36 games

She continues to hold the record for most goals scored in the Women’s Champions League. In 2017 she took a vacation from international football to protest equal pay, returning in March of this year to score a hat trick in less than an hour as Norway defeated Kosovo 5-1 in Sandefjord to celebrate her triumphant return.

She will undoubtedly have an impact on Martin Sjögren’s team as they attempt to advance as far as possible in a competition they last won in 1993.

Vivianne Miedema is a versatile forward who can set up goals for her teammates or score them herself. Her precise delivery has been essential for the gunners and the national team whether it comes to cutting through defences, whipping in crosses from either wing or dinking passes over opponents

She is always willing to help, giving almost 2 assists per game on average. She also has a powerful shot, which is one of the many things that has helped her score 114 goals in just 132 games for the Gunners in all competitions. In 2017, when the Netherlands won their first ever European Championship, she scored twice.

Vivianne Miedema will play a significant role in determining whether the Oranje Leeuwinnen can successfully retain their title when they begin their season versus Sweden on Saturday.

😱@alessiarusso7 really pulled off a backheel nutmeg in the semi-final of @WEURO2022🔥
#england #alessiarusso @Lionessespic.twitter.com/YXidYEl9Vu

Katoto scored 32 goals in 33 games for PSG last season, helping Olivier Echouafni’s team win their fourth D1F title after each other. She did this with her strength, positioning, and a killer’s eye for the net.

The great player earned her maiden international cap in October of 2018, and months later, in her second appearance for France, she scored her first international goal.

With 30 goals in 30 games, she is the team’s main offensive threat. She is always around the six-yard box, ready to put the ball in the net.

She surpassed Marie-Laure Deli in April of this year to capture the record for most goals scored by a player for Paris Saint-Germain with 132 goals in 148 matches played.

There was worry just a few months ago that England would not have Fran Kirby for the 2022 Euros. When Kirby stated that she was going on a vacation due to exhaustion, everyone was surprised.

Fortunately, it offered her the opportunity to take a break and come back reenergized for the Lioness’ European campaign. Francis is one of Sarina Wiegman’s side’s most captivating players to see live, and she can curl a ball in from almost any angle.

She scored 16 goals in 20 games for the Blues last year, helping the side win the Super League title and the Cup.