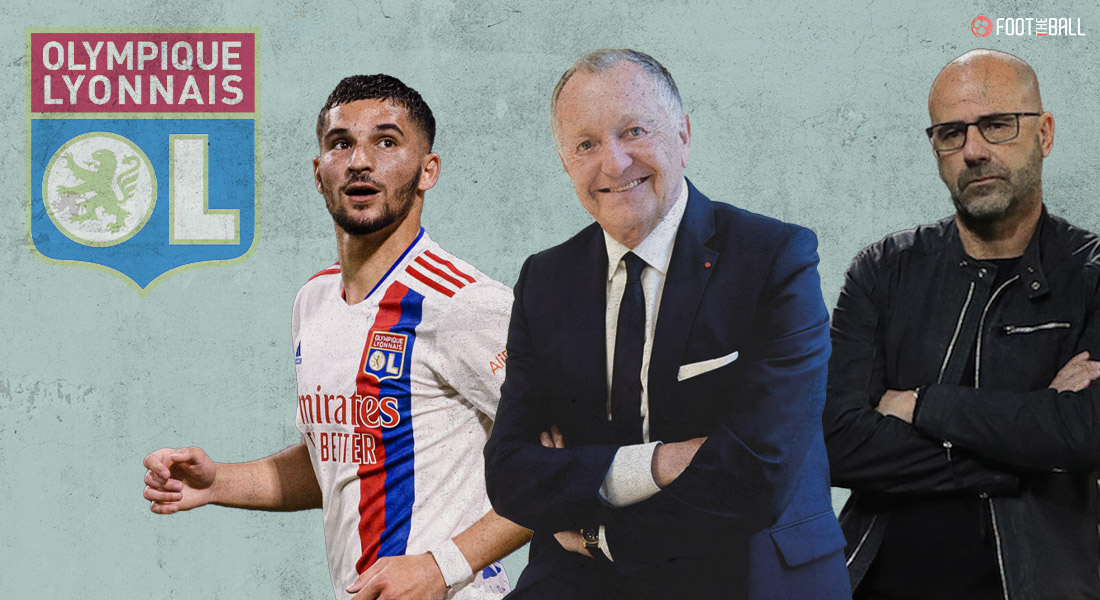 During the first decade of the 21st century, the French league was dominated by Olympique Lyonnais who were the dominant force on the domestic scene. The French side won their first Ligue 1 title in 2001 and then went on to add another six on the trot.

This run of seven consecutive titles has not been matched by any other side, even Paris Saint Germain with all their financial backing.

During that phase, they also managed to reach the semi-finals of the Champions League 2009-10. This was an extraordinary run that included a two-legged 2-1 victory against Spanish giants Real Madrid.

However, it has been a downward spiral for the team ever since as they have failed to win the title since 2008.

Over the years, they have been in the top three in the domestic circuit but have been always in the category of also-rans.

In the current season, they are struggling especially after losing the services of Dutch forward Memphis Depay.

So, what has been the cause of their downfall?

SO NEAR YET SO FAR FROM LIGUE 1 TITLE

During this phase, the closest that they have managed to be near the leader is six points in the 2009-10 season.

Post the PSG takeover, the situation has been direr with the club only managing to finish within single points difference of the champions on two occasions.

Their fortunes in the Champions League has also been meek in the past decade, with three appearances in the Round of 16, two in the Group stage, and one in the playoffs.

It was clear to see that Lyon much like the rest of Ligue 1 has struggled to match the might of Paris Saint Germain.

Doing financial business with Jean Michael Aulas is definitely one of the hardest jobs in football.

The 72-year-old who took charge of the club in 1987 has made the club one of the top teams in the country.

Add to it he can be the toughest negotiator in football and can eke out the most money during a transfer from the opposite camp.

However, sometimes his overly strict stance and frugal habits cause problems for the team.

Consider this, in the summer of 2013, Aulas was desperate to sell club stars Bafetimbi Gomis, and Jimmy Briand to balance the club books.;

Over the years Aulas had sold several established players from the first team such as Karim Benzema and Hugo Lloris.

Anthony Lopes on Jean-Michel Aulas: "Whatever he wants to achieve, generally & 100% of the time, he achieves it. He is a visionary." (OL TV)

However, both Gomis and Briand remained at the club but due to Aulas’ efforts to sell them the mood in the team dipped.

This was evident as Lyon were knocked out in the play-offs of the Champions League by Real Sociedad.

Their domestic campaign suffered a similar fate as the club finished fifth, a whooping 28 points behind champions Paris Saint Germain.

Aulas is a terrific negotiator and his brilliant skills have helped Lyon to reach the heights of French football.

However, against a club like PSG, decisions can go wrong because it is not every time that you can replace an outgoing star ,with a youngster or a cheap replacement, and expect to him shine immediately or shine at all.

However, the club managed to put the horrendous season behind them and managed a couple of second-place finish. In one of the seasons, they were eight points behind PSG.

It was difficult for them to match the money and might of PSG, and their luck in the cup competitions was no different.

During this time, they finished as runners-up in the Trophée des Champions in 2015 and 2019 along with the Coupe de la Ligue win in the 2019-20 season.

Ironically, all three of these defeats came against Paris Saint Germain.

However, on the whole, the club did manage to put the horrendous 2013-14 campaign behind them.

Lyon were also in a sound financial state, as they generated a total of €309.0 million in profit and recorded a pre-tax profit of €8.2 million.

However, a global pandemic would change it all

Even before the onset of the pandemic, the club were in a precarious position as they were in seventh place before the national lockdown was imposed in France.

After being on top of the table for the first two rounds, the team went on a downward spiral and at a point of time were 17th in the league, just above the relegation spot.

However, their ascension in the league was stopped by the pandemic, and the French Football Association would then cancel the season which meant, that they would finish the season seventh, as the league was based due to the points per game method.

Lyon President Aulas has asked players earning more than €50k per month to take a 25% pay cut in the midst of the French football financial crisis & in exchange they can receive the difference in OL Groupe stock. Pretty ingenious idea from Europe’s brightest. (L’Éq)

But the effects of the pandemic were felt strongly at the club.

Due to the lockdown and the cancellation of the domestic season, Lyon suffered a loss of €36.5 million.

This was a big setback for them.

Another important dimension to this is the loss through ticket sales. Unlike the Premier League which has a massive revenue stream from a TV deal, the other leagues are more dependant on revenue from match tickets.

With the Covid-19 pandemic, the crowds were banned from the stadiums the effects were significant.

If the fiancni8al impact from Covid-19 was bad, the team showed no signs of it affecting their football as they recovered from a bad start to go top of the table at the end of matchday 17.

However, their form in 2021 was wretched as they lost five times and lost a spot in the Champions League at the final day after losing to Nice at home.

The performances of the team at times during the season were world-class, their 3-2 away victory against Monaco a case in point.

However, their overreliance on their attackers especially Memphis Depay meant that they had no one to fall on when they underperformed.

They conceded 43 goals in the entire season, 20 more than champions Lille, and 15 more than second-placed PSG.

We have to remember that after the cash influx at PSG, competitors now need to have a near-perfect season to get their hands on the title.

Even AS Monaco, and Lille could not repeat their title wins. Monaco finished second the next year, 13 points adrift of PSG while Lille in the current season are struggling at 11th.

With margins of errors very thin, Lyon have just not been able to put magical run that would get then the title,

If last season was regret for Les Gones’, this season has been downright awful. Lyon are currently 12th on the table after winning six, drawing five and losing five. The loss of Memphis Depay has not been kind to them

Lucas Paquetá has been the top scorer with six goals which is not even in the top 10 in the league.

The team have collected seven points in their past few games which inldued a 2-1 loss at home to Reins after which coach Peter Bosz said that his team were “good at all”.

6/27 – 22% of the goals scored in injury time in Ligue 1 this season have been against Lyon. Collapsing. #OLSDR pic.twitter.com/SJjtpDia99

“Very bad. We didn’t deserve to win, you have to be honest. From the start of the match, we were not good. We created chances for 20 to 25 minutes in the first half but we didn’t play well. When you look, it was not good at all… I didn’t see aggressive players. We play much better than that usually. And, with all due respect for Reims, we have to win. I didn’t seen a team that does things together, even though we talked about that before the match.” “I said to the players: ‘It wasn’t the referee or the [poor] pitch, it’s us who were not good.,” Bosz said as quoted by L’Équipe.

The star has fallen for Lyon and with PSG getting back to their best with the addition of Lionel Messi, Sergio Ramos, Gianluigi Donarumma, Achraf Hakimi, and Georginio Wijnaldum, the task has just gotten a lot tougher.

For Lyon, the only way to redemption is having a magical season like Lille and AS Monaco. However, based on their current trajectory it seems like a distant dream.