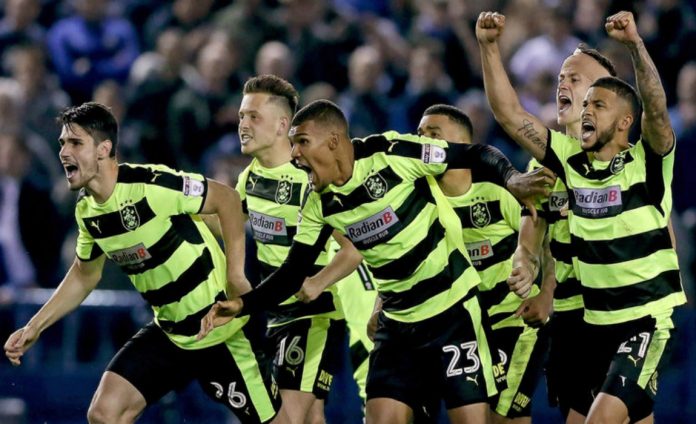 They packed the streets and the town’s main square to hail their conquering heroes Tuesday night. Huddersfield, a Yorkshire market town nestling on the slopes of England’s best known mountain range, the Pennines, has joined the big boys of football. 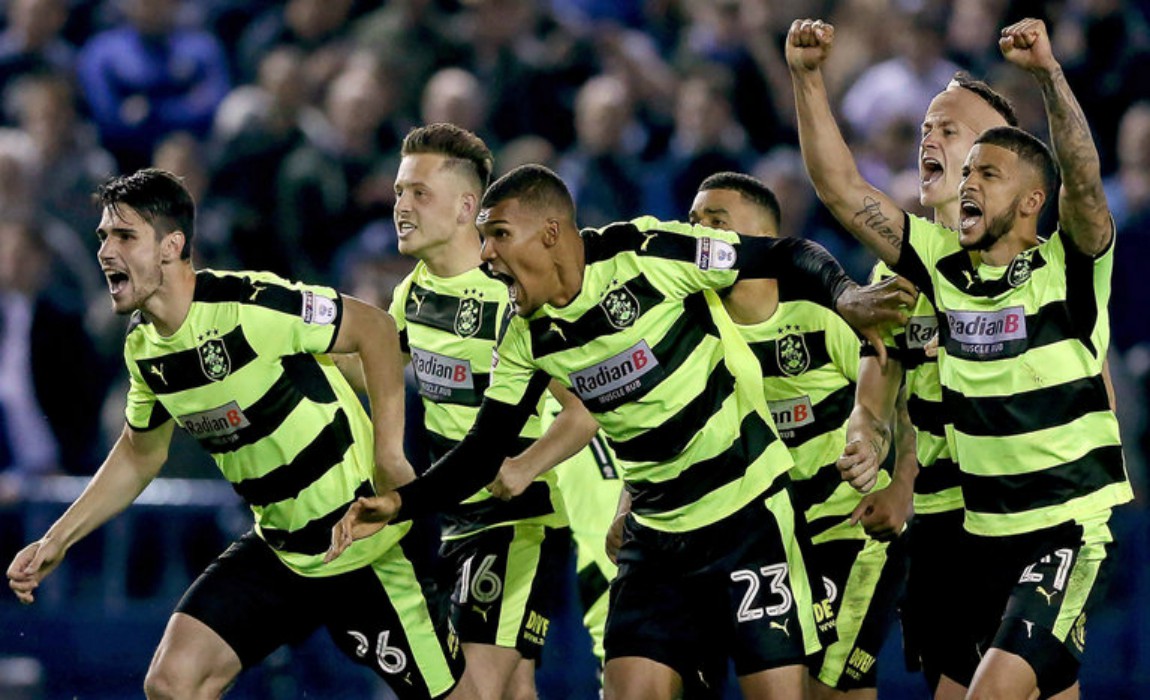 In the next season Huddersfield Town will clash with Chelsea, Tottenham Hotspur and the big two Manchester clubs as the newest arrivals in the English Premier League.

A dramatic penalty shoot-out Monday propelled them to Premiership glory for the first time in the club’s history.

They have played top flight football before, but that was almost half a century ago when the First Division was the top rung in English football. 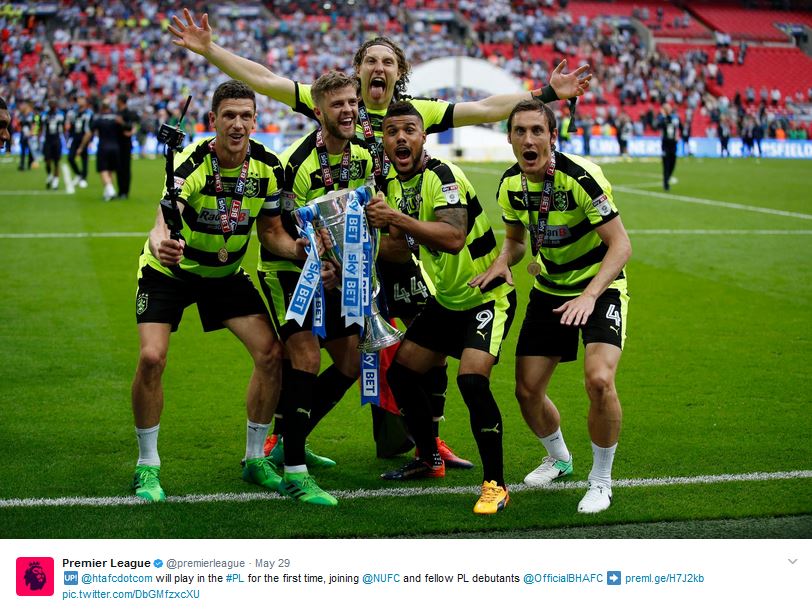 So the whole town turned blue – the team’s color – Tuesday when the players went on a victory parade through their town. A club known to locals as the Terriers, has struck gold with their promotion.

Ironically Huddersfield, a town that grew out of the industrial revolution, is the birthplace of the mainly northern sport of Rugby League, a close cousin of Rugby Union.
Founded in 1908, Huddersfield Town plays at Kirklees Stadium, a ground with a capacity of just over 24,000.

They left the ground in an open-topped boss, headed along crowded streets to a packed St George’s Square in the town center.

? the team is on its way to Huddersfield town centre! #nolimits #htafc (DTS) pic.twitter.com/oT3eu5d03M

The club’s glory days were in the 1920s when it became the first English club to win three successive league titles, a feat which only three other clubs have matched, though none has bettered.

In the 1950s it was managed by the legendary Bill Shankly, who later earned his place as one of the icons of British football when he led Liverpool FC to multiple glories. 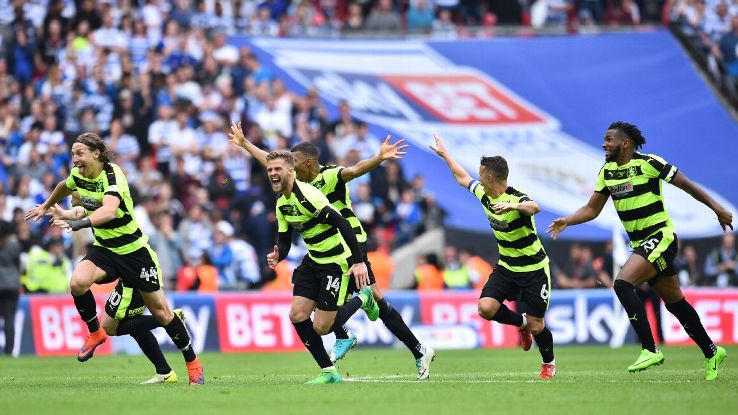 Over the past few decades the club has been on a roller coaster ride, playing in the divisions below the holy grail of football that is the Premier League.

Huddersfield’s fortunes changed in 2015 when the club appointed as its head coach former USA international, German born David Wagner who became the first person ever, born outside the British Isles to manage the club. 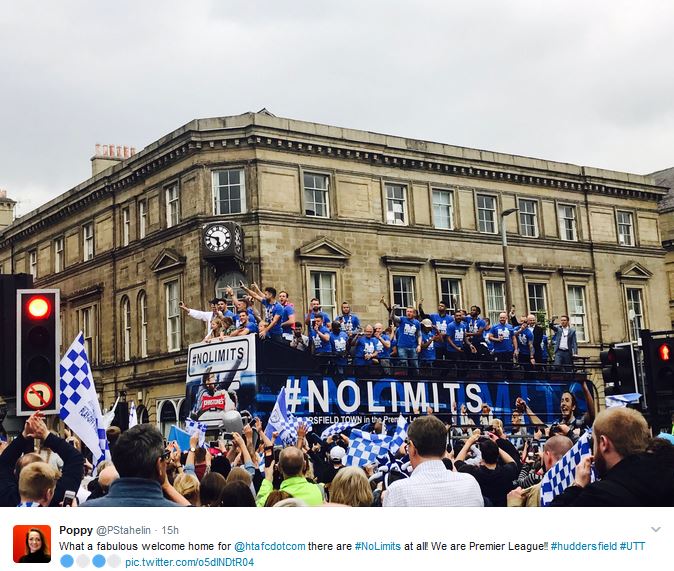 Tens of thousands turned out to celebrate the club’s success, with club captain Mark Hudson praising their manager as he told the crowds: “It’s been epic, he’s been by far the best manager I’ve ever worked for.”

Wagner told the fans: “It’s down to the wives, children and the players too because all together they have made this fairytale have a happy end.”

Promotion from the second-tier Championship league to the top flight is expected to give the club a boost worth almost 220 million U.S. dollars.

The town will also reap the benefits with local chamber of commerce spokesman Steven Leigh, saying the elevation to the top tier of football will boost the local economy by around 77 million U.S. dollars a year. 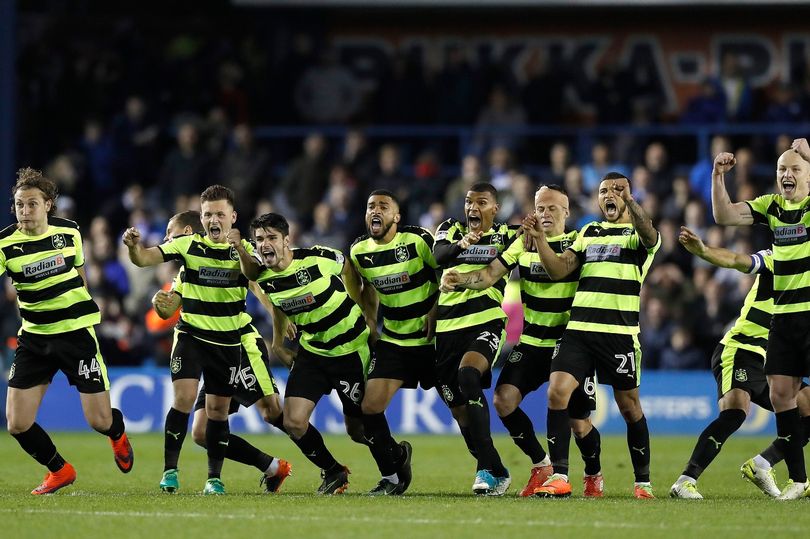 “The global exposure is a unique opportunity for the town to attract inward investment on an extraordinary scale,” said Leigh.

Folk in Yorkshire are known for their straight down-to-earth talking, but Tuesday night they were happy to put aside their legendary dialect to say just two words of thanks to here Wagner: danke schon.