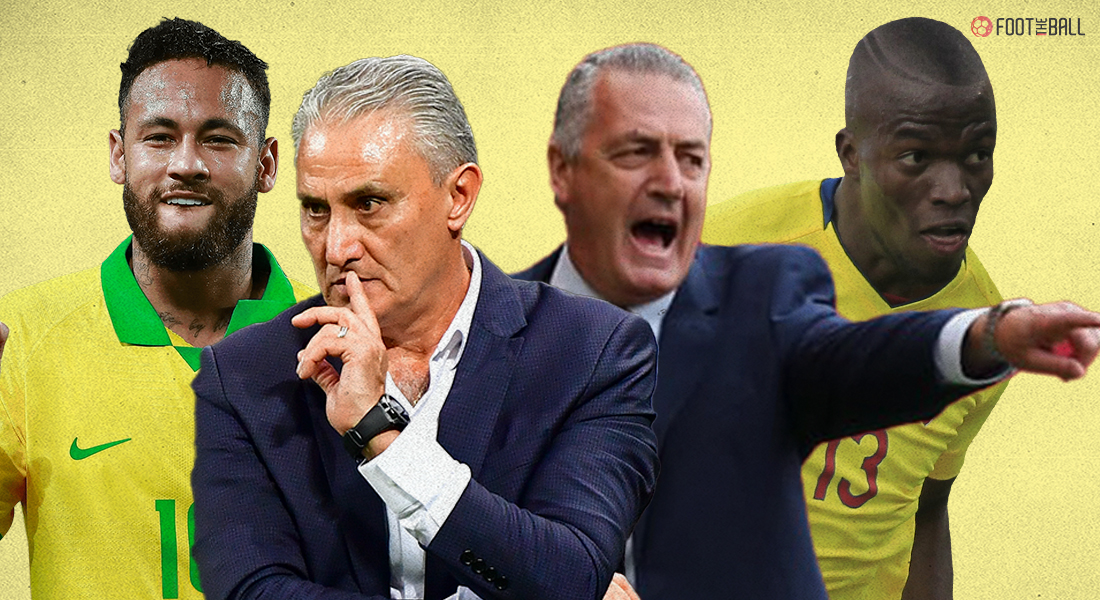 All roads will lead to the Maracana stadium on Saturday as two South American teams lock horns with each other in a mouth-watering clash. The FIFA World Cup qualifiers are back with a bang as table toppers Brazil entertain 3rd placed Ecuador on the 5th of June.

Right off the bat, Tite’s Golden Squad have brushed aside every opposition they have faced in the Qualifiers. Whereas a highly ecstatic and energised Ecuador have hardly put a foot wrong, surprising everyone on the big stage.

Brazil without a doubt have the arsenal to get the better of a lower-ranked Ecuador. With an invincible record, the Selecao has proven why they are the strongest team in South America. A win against Alfaro’s men would put them five points ahead of second-placed Argentina. The Albiceleste have a tricky fixture against Chile and Brazil could get an early head start.

With 4 wins out of 4 matches, Brazil have been simply brutal and with the Copa America just around the corner, three more points could boost morale in the Little Canary’s camp.

Ecuador on the other hand have performed way better than anyone expected. A 6-1 demolition of star-studded Columbia sent shockwaves throughout the footballing world. Gustavo Alfaro’s tactics have been praiseworthy and once again he’ll be looking to dismantle the Brazilian train.

Ecuador score six goals vs Colombia for the first time in 46 meetings 😳 pic.twitter.com/ES0u4W532W

The Tri has been on a goal-scoring feast as they lead the goal-scoring charts with 15 goals and will once again keep the rival defence on their toes.

Neymar’s injury period is finally over as the star-striker looks to replicate his goalscoring form of Ligue 1. Los Blancos’ winger Vinicus Jr has also found the ticket to Brazil’s squad along with Gabriel Barbosa. A few big names are missing from Selecao’s camp as Lucas Verissimo and Dani Alves are still in their recovery phase.

Gustavo Alfaro has taken the Tricolours to new heights with his exceptional management skills. Fortunately, the Argentine coach faces no such injury concerns with almost a full-fledged squad available for selection. Only CF Pachuca winger Romario Ibarra is sidelined.

Once again Tite and the Selecao will bank upon their strikers to rack up some goals against Alfaro’s squad. With Neymar making a return to the national team he could easily tear down Ecuador’s defence. His quality is unquestionable and his presence on the pitch is enough to threaten defences. Nicknamed ‘Juninho’, the PSG’s leading man netted 9 goals in Ligue 1 this campaign.

Neymar could take full advantage of Ecuador’s knack of committing sloppy mistakes from time to time. The centre-forward constantly played second fiddle to Kylian Mbappe in PSG but his role for the Selecao is completely different. If given space and time, Neymar could easily leave a defender on the floor with the number of skills and tricks he has up his sleeves. Brazilian coach, Tite would pair him with one of Firmino, Richarlison or Barbosa and it could be a long 90 minutes for La Tricolour.

One player who could derail Brazil and get three points for Ecuador is the captain of the ship, Enner Valencia. The centre-forward has been extraordinary playing for the national team. With 31 majestic goals in just 56 appearances, Valencia could be a headache for Tite.

The Fenerbahce striker is yet to bag a goal in the World Cup qualifiers but if Brazil gets too complacent, Valencia won’t need a second invitation to find the back of the net. The towering striker has netted 12 goals this season in Turkey and could easily spoil Brazil’s party on Saturday.

Brazil has been exceptional on the field and there’s no doubt that they are one of the best teams in the world. With Neymar Jr returning to the squad the Tricolours 3 match winning streak could face a dent on Saturday. FootTheBall predicts that the Selecao will defeat Alfaro’s army 3-0.