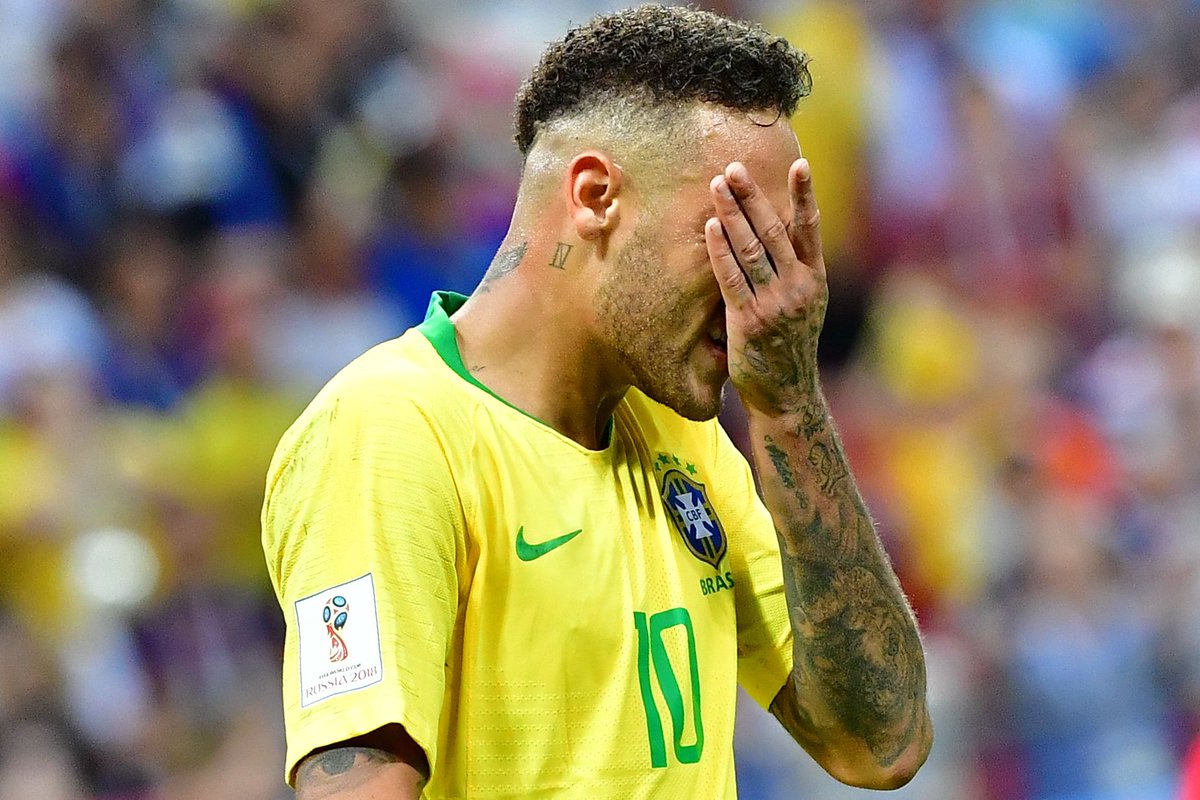 Neymar has described Brazil’s elimination from the World Cup as the “saddest moment” of his career.

The five-time world champions and tournament favourites exited football’s showpiece event after a 2-1 quarterfinal loss to Belgium on Friday.

“I can say that it’s the saddest moment of my career,” Neymar said on his Instagram account on Saturday. “It cuts deep because we knew that we could go far and make history, but it wasn’t to be this time.”

The Paris Saint-Germain star, who spent three months on the sidelines with a broken metatarsal before the tournament, struggled to capture his best form in Russia with just two goals in five matches.

He was also widely lambasted for his behaviour on the pitch amid claims that he resorted to play-acting to trick referees.

The 26-year-old refused to speak to journalists after Friday’s match and made no mention of the criticism on Instagram.

“I’m very happy to be a part of this team,” the post continued. “I am proud of everyone. Our dream was interrupted but it remains in our minds and in our hearts.”

Brazil’s players and officials left their hotel in Kazan on Saturday afternoon and are due to arrive in Rio de Janeiro on Sunday morning.