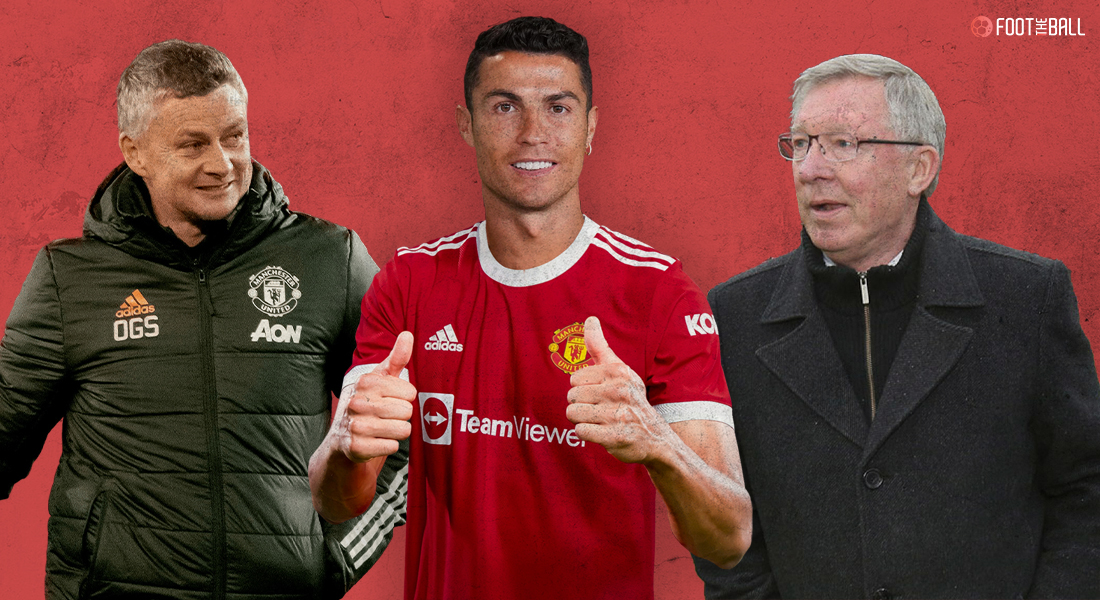 This year was not supposed to be like this. After the unprecedented nature of 2020, all the footballing fans wanted was a normal season of the beautiful game. That has literally gone out the window and even the galaxy. After the myriad of astonishing transfers that have happened already, the latest one is even bonkers. The fabled return of Cristiano Ronaldo to Manchester United has just been confirmed.

Go and write this down, “Football’s biggest ever transfer window happened in 2021 summer.”

Cristiano Ronaldo, one of the greatest ever footballers, has returned to Manchester United after 12 years. The prodigal son has come back to the Theatre of Dreams where he first made his name.

Medical to be scheduled soon.
CR7 IS BACK. Here we go. pic.twitter.com/WXfs3p6GFK

This is no ordinary transfer story and had so many layers to it, you would be forgiven for missing out on a few.

The 36-year-old has been heavily in the news of late given how he was considering the possibility of leaving Juventus after a poor season. Even though the Old Lady denied it, PSG and Manchester City quickly emerged as the likeliest of destinations.

Though Ronaldo’s contract was set to expire next year, it seemed that the Portuguese wanted to move now rather than wait. Having been left on the bench for the first league game, news immediately emerged of Ronaldo wanting to move. The Parisians were quick to rule themselves out as they focused on keeping Kylian Mbappe.

Paris Saint-Germain president basically confirms they’ve not had any talk with Jorge Mendes to sign Ronaldo this summer. ❌

That left the Cityzens with superagent Jorge Mendes said to be already negotiating over a sensational transfer. However, the main stumbling block in that was the fact that City did not want to pay a fee for Ronaldo. That was never going to work given he was still under contract with Juventus. As the wages were a non-issue, the general thought was that there would be some middle ground and Ronaldo would be back in the Premier League.

With commentators and observers in disbelief at what Ronaldo was considering doing, Ole Gunnar Solskjaer waded into the debate stating how Bruno Fernandes has been in touch with his national team skipper and ending it with “we are here.”

Manchester United manager Solskjaer: “Cristiano Ronaldo? We've always had a good communication. Bruno has been talking to him as well and he knows what we feel about him. If he was ever going to move away from Juventus, he knows WE ARE HERE”. 🔴🇵🇹 #MUFC #Ronaldo

That seemed a foreshadowing of the highest order as reports emerged of Mendes now talking with BOTH Manchester clubs for a move. Juventus boss Max Allegri confirmed that Ronaldo had told him that he would like to leave and not remain anymore. Furthermore, there was also a call by Sir Alex Ferguson, who has always considered Ronaldo as “a son,” urging the player to reject City in order to return home.

That was followed by former teammates of Ronaldo texting him in order to convince him that United were the right choice. However, the final nail in the coffin came from City themselves who, apart from not wanting to pay a fee, had offered a 1+1 year deal. Though he was initially offered to them, the move could not materialize over a number of monetary issues, paving the way for his homecoming.

YEARS IN THE MAKING

Ronaldo back at Old Trafford- something that supporters of the club have been dreaming of since a very long time. Every window that goes by, a possibility of bringing him back is touted before quickly being dismissed. Now that it has become a reality, it would not be too far-fetched for them to shed a tear or few.

118 goals and 69 assists, winning the Ballon D’Or in 2008 (the last Premier League player to do so), two-time Premier League Player of the Year, and one immense legacy. The love affair between player and fans is hard to overstate when it comes to this particular transfer.

Manchester United is the BIGGEST club in the world, spread the word.

Given how involved Alex Ferguson is around the club, it is befitting that he had a hand to play here as well. The timing of the move is based on luck too, after Juventus’ poor 2020-21 which may have convinced Ronaldo that he would not be adding a sixth Champions League title by staying there. The race for the Premier League title just got to a whole new level with this and this transfer window will live long in the memory of fans. Imagining the ecstasy Manchester United fans are experiencing  right now as their icon Ronaldo returns to arguably his most loved club.