SAY WE ARE @PREMIERLEAGUE, WE ARE PREMIER LEAGUE 🎶#AVFCpic.twitter.com/8W94cV408N

They were expected to cause a few upsets in the domestic cup competitions and not much more than that in terms of the league table. All of these notions held true… till the 2015-16 season. Something seismic happened in the Premier League domain that shook the entire country’s footballing elite. Leicester City, coming off a relegation-threatened season and with a new manager, won the ultimate piece of silverware in one of the greatest stories in sports ever witnessed.

What the band of the Foxes achieved is something that is very hard to do in this era of money and power in football. However, a fellow Midlands club has taken inspiration from that success and is trying to make their own waves. FootTheBall breaks down how Aston Villa aim to break the power structure in English football.

Villa are a founding member of the Football League and the Premier League, who made their return to the top-flight before the 2019-20 season. Their survival was in jeopardy for much of that campaign, with safety only being ensured with a 17th-placed finish on the final day. That galvanized the team into action, and they came up with an 11th-placed finish last season. 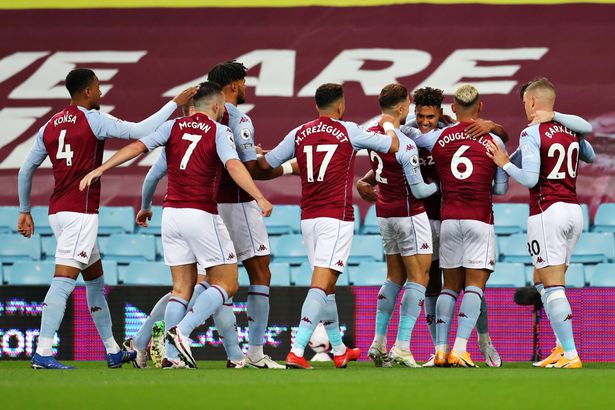 Head coach Dean Smith has recently spoken of the owners being  “very ambitious” and “strategic.” To quote the man further, “They build a plan and then they follow it through. Every Aston Villa fan can feel in safe hands with these owners.” Thus, it becomes vital to know who they are and what their plans are. Villa are owned by the businessmen Nassef Sawiris and Wes Edens, who took charge in 2018. They are both savvy technicians in their respective fields, who seem really  vested with the best interests of the club. 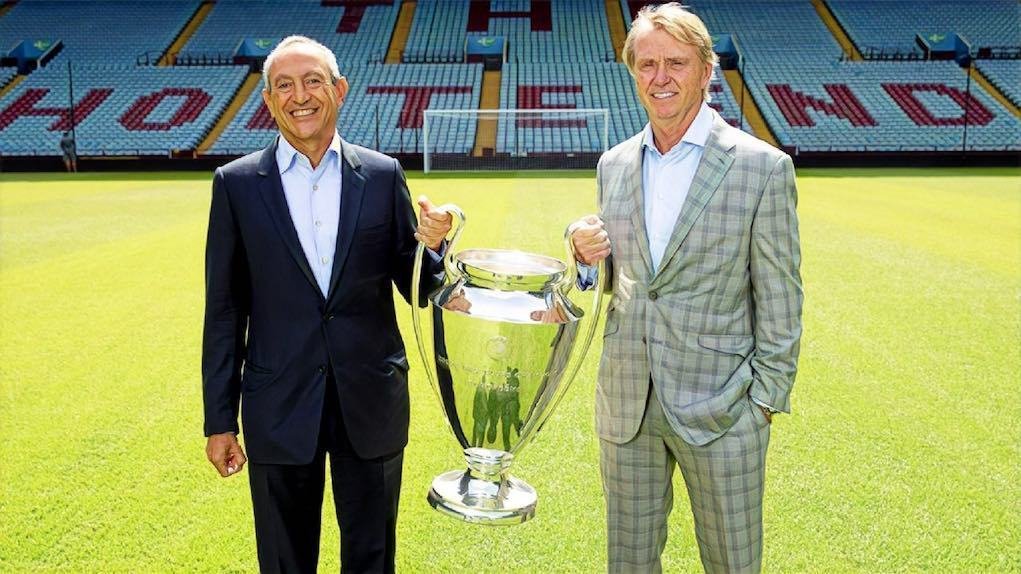 Smith was hired the same year and has been backed to the hilt in these three years with transfers which we will come back to later. One of the manager’s words is central to their mantra of running the club- ambition. These owners are not just content with survival. They want more and better results- trophies, higher points finish, and of course, European football. The Premier League title may be out of reach for the moment, given the ever-continuous stranglehold of the top clubs, but continental aspirations are well possible. 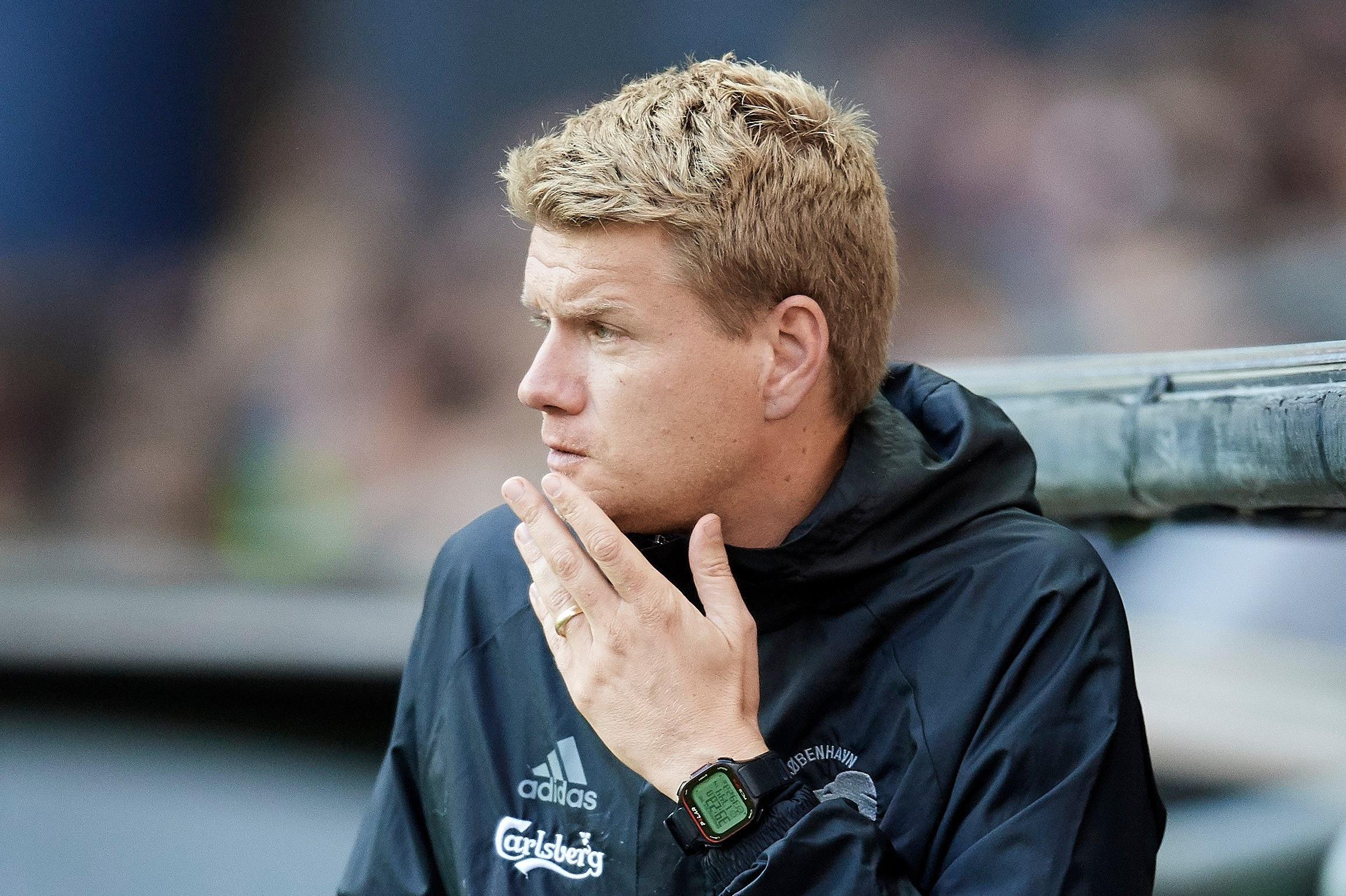 Along with the owners, the club’s CEO Christian Purslow is someone with deep knowledge of the game and how financial markets operate. He has spent time at Liverpool and Chelsea, brokering several mega deals and his knowledge of the industry certainly reflects in the club’s transfer policy. His work, along with that of Sporting Director Johann Lange who masterminded some of the brilliant transfers of Villa, have set the Midlands side on a total upward trajectory.

There are loads of examples of stingy, unfazed owners when it comes to the Premier League (*ahem* Manchester United *ahem* Arsenal). However, Villa have certainly been blessed with one of the best in that regard as is evident from their two seasons in the top-flight so far. Smith and Purslow along with Lange have been masterfully navigating the transfer market with 90% of the first-team squad right now having been assembled under their watch.

Indeed, nine out of the 11 players who started their final league game against Chelsea have all been at the club for two seasons only. One of them is Jack Grealish who is at the centre of… a lot of things. Coming back to their transfer business, all of the players signed by Villa have seen their worth exponentially increased during this time. To name a few: Emiliano Martinez became a starter for the first time in his career, kept 15 clean sheets and won the Copa America. Tyrone Mings has developed into a starting calibre defender for the national team. Ollie Watkins made his debut for England and was in the Euro 2020 squad.

• 𝗙𝗢𝗨𝗥 penalty saves, including three in the semi-final.

• 𝗙𝗢𝗨𝗥 clean sheets, including one in the final.

All of this points to the fact that Villa certainly are one of the top clubs to join at the moment in the Premier League, due to the steady management of Smith and the overall atmosphere of healthy competition and cooperation. However, we would be amiss to not acknowledge the financial contributions of the Sawiri and Edens.

Running a club with European ambitions requires not only deep pockets but the willingness to spend. That kind of backing is one of the main reasons why everyone associated with the club feels so positively about the future. They know that the right people are in charge who have the best interests of Villa at heart.

Coming to one of the major reasons why there’s so much talk of Europe and trophies and results around the club. Jack Grealish is undoubtedly Villa’s star player, with an uncanny ability to influence games. His direct running, bag full of tricks, telepathic passing and eye for goal makes him an all-round threat in attack. Villa’s captain finished last campaign with six goals and 10 assists in the league before playing an impactful role in England’s road to the Euros final.

Grealish signed a massive five-year contract last year and his words after it provide more insight to the running of the club. ““The way they [owners] were speaking was crucial to me signing this deal, their hopes that they’ve got for this club was a massive factor in me signing this new contract,” said the 25-year-old, which speaks volumes of their future plans. Despite this new deal, speculation has been rife about Manchester City wanting to sign Grealish this summer in a mammoth deal to bolster their upcoming title defence.

Jack Grealish to Manchester City could happen 'quite quickly'

If Grealish does leave, which seems unlikely at this point, Villa have already made their move to secure a replacement. Argentine attacking midfielder Emiliano Buendia, signed from Norwich City for £38 million, plays the same role as the current skipper and had telling contributions last term in the Championship. He had 15 goals and 16 assists in the Canaries’ promotion winning season and hopes are that Buendia will become a key player for Smith and co. right from the off.

🏆 The @NorwichCityFC star is our Championship Player of the Season pic.twitter.com/DmIyjMWbvS

This kind of forward thinking helps keep Villa in good stead as they do not have to be solely dependent on one player no matter who it is. Another thing that the club has intensely developed is their U-23 team and academy, which are among the best in the country. Indeed, two of their brightest prospects, Louie Barry and Carney Chukwuemeka have also appeared for the senior team.

Making quite the name for himself. 😳 pic.twitter.com/1olvJDPFjR

Barry, signed from La Masia, has also scored an FA Cup goal against Liverpool and led the U18 squad that lifted the FA Youth Cup. They are all players who have a genuine shot of getting integrated within the first-team in the future as Smith is not averse to giving youngsters a go. Certainly all of it bodes well for the club and owners who are keen to keep developing this aspect of the club further.

Villa have also brought back former hero Ashley Young to add experience and steel to the team as they bid to impress again. Smith is hopeful of bringing in some more players this term saying, “We feel again let’s go and get quality over quantity … We proved last season with the ones we got in – Ollie Watkins, Emi Martínez, Bertrand Traoré and Matt Cash – that we were quite astute. Hopefully we can do more of the same.”

The transfer deals and decisions bubbling away at Aston Villa | @PreeceObserver #AVFC https://t.co/lpuFxxlYqP

That kind of practicality and knowing your tasks at hand is exactly what the club needs to fulfill their lofty ambitions. Nobody is expecting them to do a “Leicester” immediately but if they do keep on improving year on year, then certainly it will not be a stretch to consider them as one of the top clubs once again.