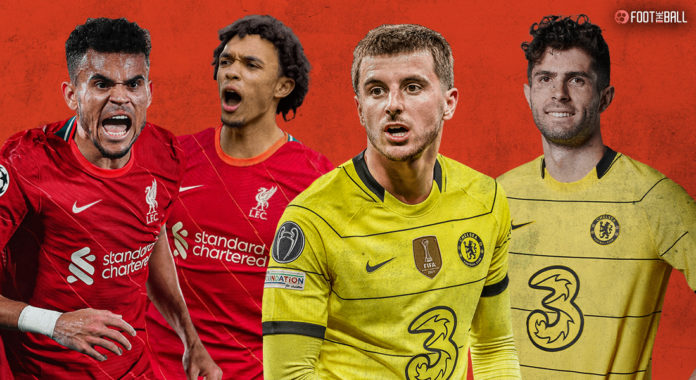 Two of the strongest sides in the Premier League going head-to-head for the FA Cup. Liverpool were looking to add to their Carabao Cup win, meanwhile, Chelsea were hoping to salvage a middling season.

It was the Reds who started on top. Luis Diaz was causing the Chelsea backline all sorts of problems, including drawing a save from Edouard Mendy. There were a couple of decent half-chances. Chelsea were struggling to get service to their strikers as Liverpool looked in control.

Christian Pulisic had the best effort just past 20 minutes. However, he skewed his shot wide after being picked out inside the box by Mason Mount. That was followed up by Marcos Alonso testing Alisson who came out to smother the shot. Liverpool were dealt a major blow as Mo Salah went off injured, replaced by Diogo Jota. The substitute had a great chance but lifted his shot way over just before halftime.

Nothing to separate the two teams at the break ⏸#EmiratesFACup | #CHELIV pic.twitter.com/Q8yFtbKpa9

Chelsea started the second half in a completely different manner. They had a flurry of chances of early on. Alonso dragged an effort wide before striking the post with a free-kick from a tight angle. In between, Pulisic tested Alisson with a firm effort. Meanwhile, Diaz was still creating problems at the other hand. He had a strike himself which just went wide of the goal. Jota had the next big opening but flashed his shot beyond the goal.

61' – Mane on to Keita, he finds Jota and his low shot across goal is inches wide.

Pulisic was getting frustrated as the afternoon wore on, putting another well made chance wide. It was the same with Diaz who struck the near post as the game entered the final five minutes of normal time. Once again, his was the final great chance of normal time but the shot curled wide of the post. The final would go to extra-time.

It was a drab affair from both sides, with neither wanting to concede. Therefore, it came down to penalty shootout once again, just like the Carabao Cup. Alonso and James Milner scored their opening kicks before Cesar Azpilicueta hit the post. None of the other players missed with Sadio Mane having the chance to seal it. However, his international teammate denied him and onto sudden death. Mason Mount’s kick was saved and Kostas Tsimikas scored the winner.

Liverpool onto the quadruple

Luis Diaz is a special player and should have scored at least twice in the final. He was giving the Chelsea backline all sorts of problems. Trevoh Chalobah was struggling to deal with him. He had some great chances but Mendy and the post conspired to deny him. The injury to Salah thrust Jota in who had a great effort himself. Apart from their front line players, there was not much threat coming from elsewhere. Liverpool were having to do a lot of defending as well, as Chelsea looked to put the game to bed. Alisson was kept busy in the second half while Alexander-Arnold was spraying exquisite passes. However, the game did eventually land up at penalties. Tsimikas hit the winner as Jurgen Klopp won the FA Cup for the first time.

The Blues had a poor start to the game but recovered immensely. Pulisic was guilty of spurning some great chances. Alonso tried his best and even struck the post. Nevertheless, their defence had to do most of the heavy lifting in face of intense pressure. Antonio Rudiger was flawless while Mateo Kovacic was great in his hourly play. Romelu Lukaku was a sedate threat but Mason Mount had a good game. So did Reece James. However, the match was heading to penalty shootout with Mendy in goal this time. Azpilicueta missed which piled on the pressure on his teammates. Mendy bailed him out but was helpless as Mount’s miss was followed by Tsimikas scoring.

Liverpool are still in the hunt for the quadruple. The Premier League has a three points gap with just two games left. The Champions League final beckons.