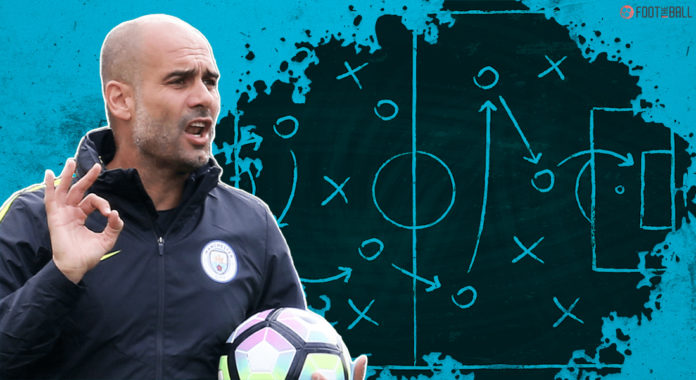 In today’s time and date, the normal fan is exposed to so much football content. They are also getting exposed to more and more technical jargon.  Fans are getting interested in analytics and tactics more than ever. We have already covered terms like PPDA, BDP, xOVA, half-spaces and transitions. Now we bring you one of the most basic technical terms in modern football, overload or overloading.

Tactical Genius, how Guardiola tweaked & made variations to his system after Boateng's Red Card [via @liviubird] #Pep pic.twitter.com/hGA6fXTOqu

The best modern managers use overloads in defence, in attack and often to isolate opposition players. An overload is the best way to crack open deep defences, defending in a low block, and drag out opposition players playing in a rigid system.

An Overload in football

An overload in football refers to having more than the normal number of players in a certain area of the pitch i.e. numerical superiority in that zone. More technically, it is described as when more players than usual penetrate a zone.

My recent @TotalAnalysis article deals with Flick's Bayern tactics including their attacking structure, their overloads in possession as well as their improved pressing system.

Flanks are especially the area or zones where we most often see overloads in the game. The use of tactical variations by managers often try to get more players around the ball, thus in the congested centre of the park, it is a rare occurrence.

Attacking overloads are as common an occurrence as defending overloads. Defenders often look to get more players back to defend to compress space in between the lines but that cannot happen without an overload.

What is an attacking overload?

Attacking overloads can take place in the penalty box or on the flanks. It happens when the centre midfielders of the attacking team, functioning as ‘Mezzalas‘ drift into wide spaces to support the wingers and fullbacks. It also leaves in space for players to run from deeper positions with or without the ball.

Conte teams are drilled to manipulate overloads & this is how Bentancur played a key role vs Everton. 1st goal- he dropped into the back 3 which allowed Davies to overload the flank with Sessegnon. 2nd goal- he took the ball in a tight space & opened space for Romero to advance. pic.twitter.com/JvEXWMoMKC

This creates a 3-on-2 situation on the wings, resulting in players getting pulled out of position to track and support. This usually means the defence is disorganised as they leave spaces in behind, or towards the centre. Even if either of the midfielder, winger or fullback moves into the half-space an overload is beginning to take place.

Overload the left with Gavi and Alba, leaving space for Adama to do his thing.

Xavi ball 101 tonight and a dilemma that Simeone had no answer for. pic.twitter.com/I63SBpmFOK

Players like De Bruyne and Trent Alexander- Arnold often drift into the wide half spaces to cause overloads. If defenders hold their position and do not get pulled to the ball, players like KDB and TAA get the time and space to put in a perfect pass/cross. It has always been one of the cornerstones of Pep’s tiki-taka.

What is a defensive overload?

Defensive overloads also occur while defending when more players flood a certain zone to compress space and shut down passing lanes. It strangles the opposition for time and space.

Defensive overloads are not only used for defending in modern football. For example, even goalkeepers these days offer themselves as passing options while building from the back. If the keeper is confident in his own skill he can become the ‘starter’ of play or an attacking sequence.

😍 Ederson getting his flowers for that PASS up field. pic.twitter.com/gFg6PAPA57

Aaron Ramsdale and Ederson are probably the best examples of these types of keepers. They are capable of offering themselves up as passing options during the build-up. Both of them possess the passing range to start play.

It is also used to target a certain zone or player the attacking team might think is the defending team’s weak link.

Interesting match between #Barcelona and #Atletico

Overloading to isolate is a tactical concept used by the best managers. The basis of the concept is that the attacking side overloads one side of the pitch. In turn, this pulls the defending side towards the ball. This thereby opens up space on the opposite side of the pitch. It gives the attacking winger an opportunity to take the defending team’s player 1 on 1 more often than not.

Counter-attacking teams use this tactical concept very well. Teams like Liverpool, Real Madrid and Tottenham heavily rely on this tactical concept. They are blessed with rapid wingers who are a nightmare to go up against 1 on 1. This plays to their strengths. No wonder their wingers have such high dribble stats.

Not dribbled past, clean sheet, 100% duels… and that long pass for the winner 👌 pic.twitter.com/DFpNReuJ1e

So the next time you see Van Dijk switch the play with a long diagonal pass to any of the Red’s wingers. You can figure out what is happening.