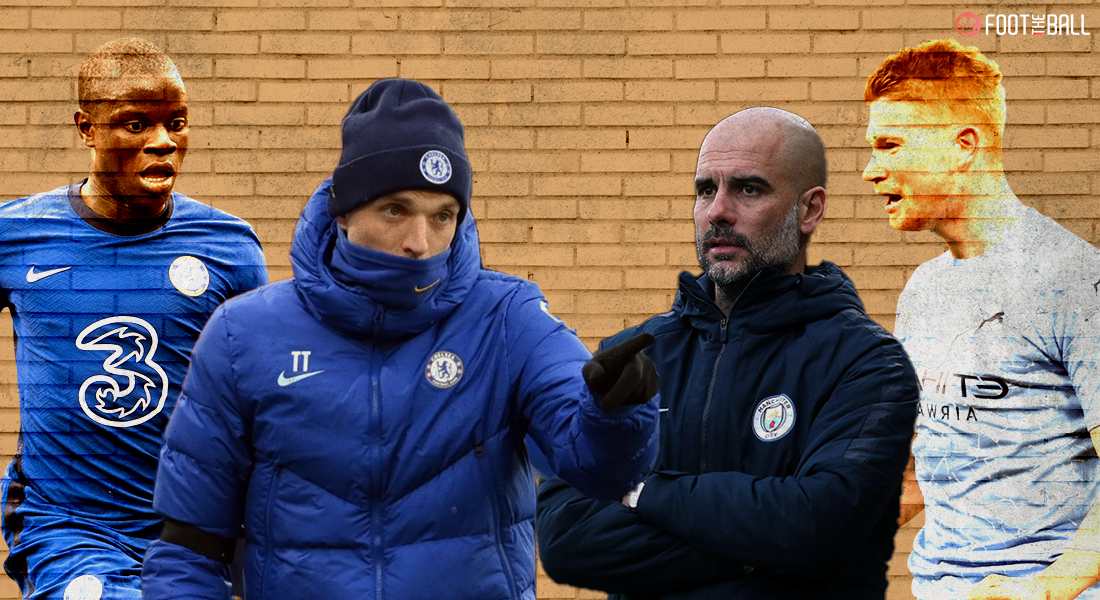 Chelsea and Manchester City face off for a spot in the FA Cup final on Saturday evening at Wembley Stadium. Fresh off their respective progression into the Champions League semi-finals in mid-week, both sides will be looking to add domestic silverware to their season as well.

The Blues suffered a 1-0 defeat at home to Porto on Tuesday but secured progression 2-1 on aggregate. Chelsea, last season’s FA Cup finalists, enjoyed a 2-0 win over Sheffield United in the quarterfinals thanks to an Oli Norwood own goal and a late Hakim Ziyech strike.

Manchester City come into the tie off an impressive 2-1 win over Borussia Dortmund thanks to a late Phil Foden winner. City overcame Everton at Goodison Park in the previous round with their midfield duo of Ilkay Gundogan and Kevin de Bruyne getting on the score sheet.

Chelsea manager Thomas Tuchel will be without centre back Andreas Christensen and midfielder Mateo Kovacic for the tie. Christensen was unable to pass a fitness test following a muscle issue while Kovacic is ruled out with a hamstring problem.

Pep Guardiola has been the beneficiary of a largely injury-free campaign from Man City’s squad. The only player ruled out for the semi-final is Sergio Aguero who picked up an injury in his side’s recent win at Leicester City in the Premier League. Aymeric Laporte is available again and Guardiola is likely to rotate his front three given his side’s midfield excursions and the depth City possess.

Tuchel has rotated his squad a lot and it feels like his favoured front three is Mount, Pulisic and Havertz. Mount has been a revelation since breaking through last season and his off-ball movement and work-ethic is integral to Chelsea’s success.

N’Golo Kante has rediscovered his best form under Tuchel and he will need to be on top of his game up against the most in-form midfield in world football.

Manchester City’s squad is stacked with world class players who can change the game. Raheem Sterling is one of them but he has been forced to be content with a subdued role in recent weeks. Nevertheless, he remains a dangerous player who can easily exploit the space between the wing-back and wide centre-back if Tuchel goes for a back three.

Centre back Ruben Dias has arguably been the signing of the season and he will be key again to keeping Chelsea’s fluent attack quiet on Saturday.

Both teams had exhausting matches in mid-week but Chelsea enjoyed an extra day’s rest. City do have exceptional depth but Guardiola has shown a tendency to have a stable core this season, against his usual instincts. It is likely to be a closely fought match, decided by errors. FootTheBall predicts Manchester City 1-1 Chelsea, with the latter progressing on penalties.