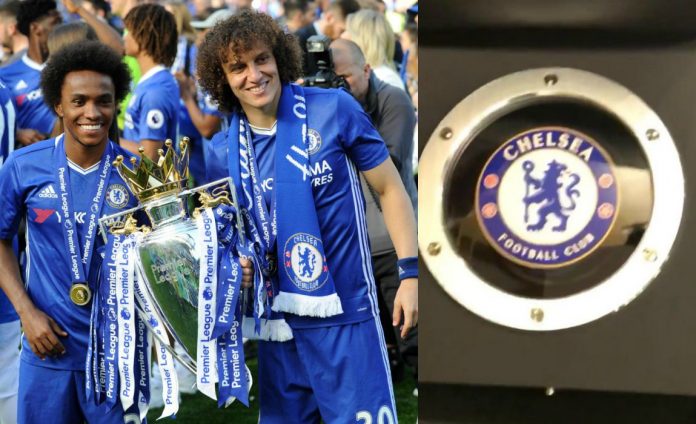 Chelsea players will not be allowed to be late for training – after the club donated luxury watches to their title-winning stars.

Willian posted pictures of the unboxing of his watch on Instagram, but he did not reveal what the mystery timepiece itself looks like.

But fans were hoping they were not undone by Leicester City, who received stunning BMW sports cars last year following their shock Premier League title win.

The fleet of sleek supercars were donated by Foxes chairman Vichai Srivaddhanaprabha.

For Chelsea’s stars, the unboxing was accompanied by a message from chairman Bruce Buck.

It said: “On behalf of Mr Abramovich and also on behalf of the Board of Directors of the club, congratulations on creating history during the 2016/17 season.

“It’s been a campaign to remember. Keep the blue flag flying high.

Swiss watch brand Hublot are one of the West London club’s corporate partners and the manufacturer sponsored their end-of-season awards.

They also have tie-ins with the likes of Juventus FC, the Uefa Champions League, Usain Bolt and the Ferrari Formula One team.

And now, Chelsea are set to tour the Far East, where they play Arsenal in the Bird’s Nest on July 22, before clashes against Bayern Munich in Shanghai on July 25 and Inter in the same ground on July 29.

Antonio Conte is hoping to get a strong pre-season in with his squad after their impressive march to the Premier League title last term.

Chelsea’s stars received a squad bonus of £5million last season for winning the English title and now face a gruelling season in the Champions League.

The Blues have landed Antonio Rudiger from Roma and hope to complete a deal for Tiemoue Bakayoko from Monaco, but face hot competition from Manchester United.

And according to reports, the club are in talks with Borussia Dortmund to sign superstar striker Pierre-Emerick Aubameyang.