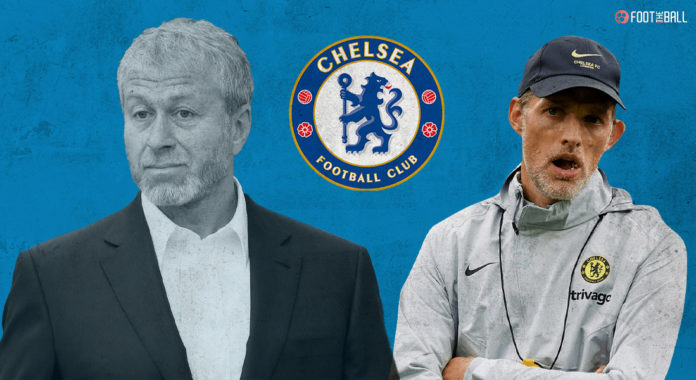 Roman Abramovich is not having a great time at moment. The problems just intensified further for the embattled Russian. The UK Government has slapped sanctions on all assets of Abramovich, including Chelsea. Amongst a host of restrictions, the most damning one is that he cannot sell the club anymore.

"The club primarily can't sell itself."

Sports Lawyer Stephen Taylor Heath on the details of how Roman Abramovich's sanction will affect the sale of Chelsea pic.twitter.com/87PHjVyBsV

This comes as a big blow for both parties with the club’s offseason plans thrown severely in doubt. No doubt there will be further updates on this but Abramovich is sure to be dragged on further.

What do the sanctions contain?

A whole host of stuff that are heavily damaging. According to the order of the government, Chelsea

Roman Abramovich has been sanctioned by the UK government. It has huge ramifications for Chelsea FC.

▪️ Sale of the club is on hold.
▪️ No new ticket sales allowed.
▪️ Only season ticket holders at games.
▪️ No merchandise can be sold.
▪️ No new contracts or transfers. pic.twitter.com/AvQ8dELZBT

Furthermore, the sale of Chelsea has also been stopped unless the sanctions are lifted. That means Abramovich remains the owner for the foreseeable future but his powers have been curtailed.

Was Chelsea close to being sold?

Abramovich had passed the “stewardship and care” of the club to the Charitable Trust two weeks ago. Soon after, he announced his intention to wholly sell the club. Moreover, there have been already been several bidders led by Hansjorg Wyss. Chelsea’s valuation by Abramovich was causing problems because the world knows he is desperate to sell.

JUST IN: Roman Abramovich sanctioned. UK Government freezes his assets, which bars the sale of Chelsea.

Nevertheless, every party was confident of securing a deal by next week. Now, everything has to be stopped with Abramovich having to continue paying salaries and running costs.

What are the consequences for Chelsea and Abramovich?

The most pressing concern currently is that of the defenders. Cesar Azpilicueta, Andreas Christensen, and Antonio Rudiger are all out of contract at the end of the season. Chelsea cannot offer them new ones anymore. Meanwhile, Abramovich has to continue funding the club. If he is unable to do that, the club will fall into administration and will receive a nine-point penalty.

There’s an awful lot to be digested in next few hours re: Chelsea

And sanctions will be reviewed in May

But if at the end of all this they end up in administration, they will receive a 9 point penalty

The future of Thomas Tuchel will also be called into question if any new job opens up. They cannot strengthen the squad either by signing new players. Nor can they sell players to generate cash. Abramovich has to wait till the sanctions are lifted before he can start negotiating a sale. The Chelsea Supporters Trust, an influential group, has called the government to have a discussion of all stakeholders.

The CST implores the Government to conduct a swift process to minimise the uncertainty over Chelsea's future, for supporters and for supporters to be given a golden share as part of a sale of the club.

They want a good return from the sale of the club and do not want to be stuck in limbo. Chelsea can still be sold but Abramovich has to hand over the process to the government. It remains to be seen what happens with the players and management, with the future very uncertain.