Conte to best his old team? 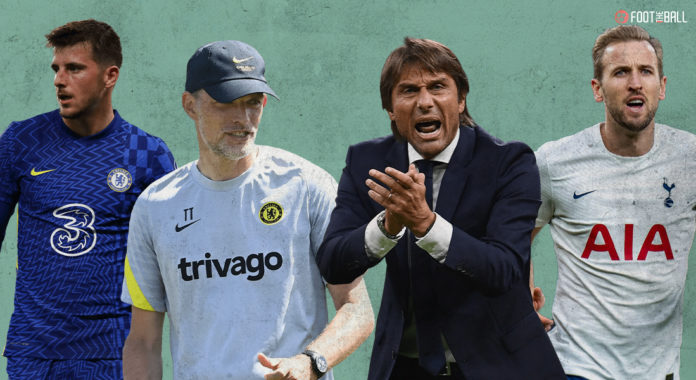 Two teams in contrasting runs of form meet in the first-leg of the Carabao Cup semi-final. A win will most certainly be key for taking a big step into the final.

Chelsea have been rocked in recent weeks, both on the field and off it. Just two wins from their last five league matches has left them 10 points adrift of Manchester City.

The whole disciplinary saga regarding Romelu Lukaku, who was left out of the squad against Liverpool, has overshadowed the results. It remains to be seen whether any further action is taken by the manager, though there is no doubt both parties would like a speedy resolution.

It had pretty much everything! ⚽️ pic.twitter.com/fCDaEODR3r

Furthermore, the Blues have been beset with injuries and illnesses to key players. Thomas Tuchel has really had to tinker almost every week with his lineup, which has led to no settled 11 players being confirmed as starters.

Spurs, meanwhile, have been on a roll for sometime now. They are undefeated in the league since the end of October, winning their most recent match in the final minute of injury time.

🎙 The boss spoke to the press ahead of Wednesday's Carabao Cup clash with Chelsea.

Watch the press conference in full 👇

Antonio Conte has implemented the 3-5-2 supremely well, rejuvenating the careers of Ben Davies and also Harry Kane, to a certain extent. The front three of Heung-Min Son, Kane, and Lucas Moura has been firing on all cylinders as well.

They have been using a very settled lineup, with Conte not known for tinkering too much. Spurs have made their way up to sixth in the table, and reaching a second consecutive Carabao Cup final will certainly be progress.

Chelsea have limited options to choose from in defence, and Tuchel will further miss his African contingent of players too. It remains to be seen whether Lukaku makes a return or not.

Conte has been shuffling the pack for European and cup commitments. Keeping that in mind, there could be some here too.

Marcos Alonso has a huge role to fill in the absence of Ben Chilwell, and he does provide a greater attacking threat than the right flank. The centre-backs will be looking for Alonso in order to widen the play and carry the ball forward to great effect. Against Liverpool, he had two tough chances of scoring which signifies another important facet of his game. Alonso is a key goal scoring threat for Tuchel, and he loves making those late runs into the penalty box to strike shots early.

Bested TAA on the day. 🤝 pic.twitter.com/zfqPDwnVBc

Given how far forward Spurs’ own wingbacks like to venture, Alonso will definitely be having chances of putting in crosses and linking up play in the final third. Moreover, he is also a great bet from set-pieces and Chelsea have been scoring well from corners too.

Three goals in his past five games across all competitions is the slow but sure sign that Harry Kane is returning to form. It was a real struggle at the beginning of the season but Conte has always been a big admirer of the striker who seems to be reaping the rewards now.

Kane’s prowess in front of goal has never been in doubt and the clash against Chelsea will provide another chance to showcase how far he has come since August. The Blues’ famed defensive record under Tuchel is in tatters and the Spurs troika can really take advantage.

The relationship between Harry Kane and Antonio Conte is ‘more than good’. When he joined Spurs, Conte immediately told Kane that he was the centre of his project. Key player. Untouchable. ⚪️ #THFC

…one of the reasons why Spurs director Fabio Paratici wanted Conte at any cost. pic.twitter.com/X2SVkYQUEa

Kane is likely to target Trevoh Chalobah, who had a mixed outing against Liverpool while the runners around him can take up decent positions to feed him, utilising their pace and industry.

It is hard to state which team starts as favourites, for this looks to be a very close affair in truth. FootTheBall predicts a 1-1 draw between the two sides.