James Could Be The Answer To Chelsea’s Awful Transfer Policy

Chelsea have started the new season on a much better note then their title defending campaign last season, winning both their opening Premier League matches.

However, it seems like the Stamford Bridge outfit haven’t learned anything from last seasons disaster. Chelsea failed to strengthen their squad last season, even after then manager Jose Mourinho pleaded the board to allow him greater manoeuvre in the transfer window.

The English giants paid heavily for a lackluster transfer policy and finished 10th in the league, their lowest finish in over 2 decades, a performance that cost legendary manager Mourinho his job. 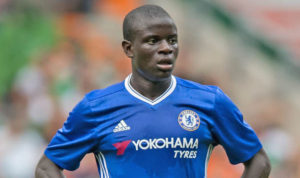 It was widely expected that Chelsea will go all guns blazing in this summer’s transfer window, but the Blues have failed to make any major signings, with Michy Batshuayi and N’Golo Kante being the only first-team players signed.

Chelsea, however, are being linked with a move for out-of-favour Real Madrid starlet James Rodriguez, but no concrete evidence of Chelsea making any solid approach for the player have come out yet.

If Chelsea fail to strengthen their squad, the club will face the familiar fatigue and form issues they faced last season.

Chelsea fans have been dismissive of the club approaching Real Madrid for James, stating that the club doesn’t need a midfielder/winger, but that is far from reality. Chelsea are coping with a lack of bench-strength, with no big name to back Eden Hazard, Willian and Pedro in the wings.

Even, Pedro is yet to reach his full potential at the club, though he has shown signs of brilliance, but the three star wingers is all that Chelsea has and if any one or two of them were to get injured, the club will find it very difficult to play with the current 4-1-4-1 formation.

Oscar, on the other hand is inconsistent, showing signs of brilliance on some occasions while being awful on others.

Just Cuadrado’s future is also under doubt, with the Colombian winger being heavily linked with a move away from the club, which will leave another empty slot in Chelsea’s squad.

In supporting roles, Cesc Fabregas,Nemanja Matic and N’Golo Kante are two players on whom Antonio Conte can rely to create magic at any given moment, but apart from that Chelsea only have the likes of the suddenly relevant Victor Moses and John Obi Mikel. Both of whom are utility players, but none a big enough name to influence the outcome of a match.

James has a proven track record while playing in the wings and as an attacking central midfielder. The Colombian international is an impact player and one that a club like Chelsea should be desperate to sign, whenever he’s available.

Signing James will not only strengthen the squad but also send a signal to rival Premier League clubs about Chelsea’s intentions and ambitions.

The 25-year-old has the quality and ability to walk into any top European clubs starting eleven, and he will only add to Chelsea’s expectations of returning to Champions League next season.

But attack isn’t the only worry for Antonio Conte, as the Italian tactician is looking to solve his defensive woos.

Fan favourite and French international Kurt Zouma is still recovering from his knee injury and will take another couple of months before he returns to full fitness, while American youngster Matt Miazga is expected to go out on loan.

Chelsea have been linked with Napoli defender Kalidou Koulibaly, and have had multiple bids rejected for the player. AC Milan’s Alessio Romagnoli is another defensive transfer target for the Blues. 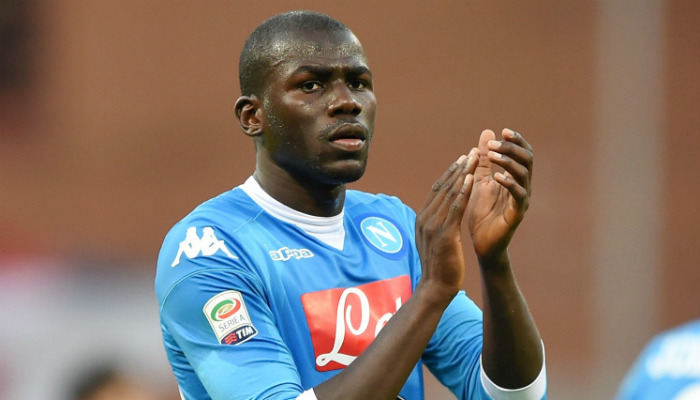 Chelsea had a £35 million bid rejected by Milan for the Italy under-21 international. Milan have issued a hands-off warning to Chelsea stating that the player is not for sale.

Another player linked with Chelsea is Wolfsburg’s Ricardo Rodriguez, the 23-year-old Swiss international has also been linked with Real Madrid, but the Los Blancos have reportedly dropped interest in the player. 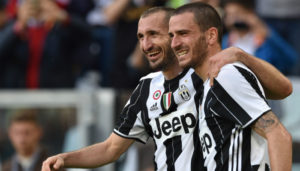 The Stamford Bridge outfit were also linked with Juventus’ Leonardo Bonucci and Giorgio Chiellini, but the rumours have since died down.

This is a very crucial summer for the 5-time League winners, if Chelsea fail
to make the best of the opportunity, it will give the likes of Manchester United, Manchester City and Arsenal an opportunity to leave them behind further.

Chelsea must make things happen in the transfer market, they must roll the dice before it’s too late. Too late to avoid another panic buy like Papy Djilobodji and Baba Rahman.