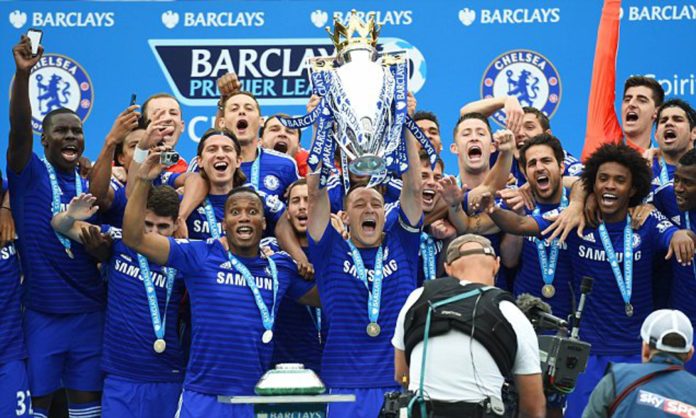 It has been five seasons since Chelsea won the Barclays Premier League title, Stamford Bridge will cheer, roar and shout for the home team. Seeing their unbeaten record, the hosts will secure the crown in the match against Crystal Palace, the opportunity is all for them to take. Chelsea have played 34 matches securing 80 points which seems to be outclassing other teams, the second place Manchester City has 67 points. If Chelsea wins this match, they will lift the cup and title along with it.

When asked about the match and Chelsea’s form in the league, Crystal Palace’s winger Yannick Bolasie said, “Them winning the league would be deserved because they’ve done extraordinarily well this season, but we don’t want them to do it against us.”

The Kickoff will take place at 6 PM (IST) at the Stamford Bridge Stadium on Sunday. When Chelsea met Crystal Palace in last season, Palace lost to Chelsea by a difference of one goal (2-1).