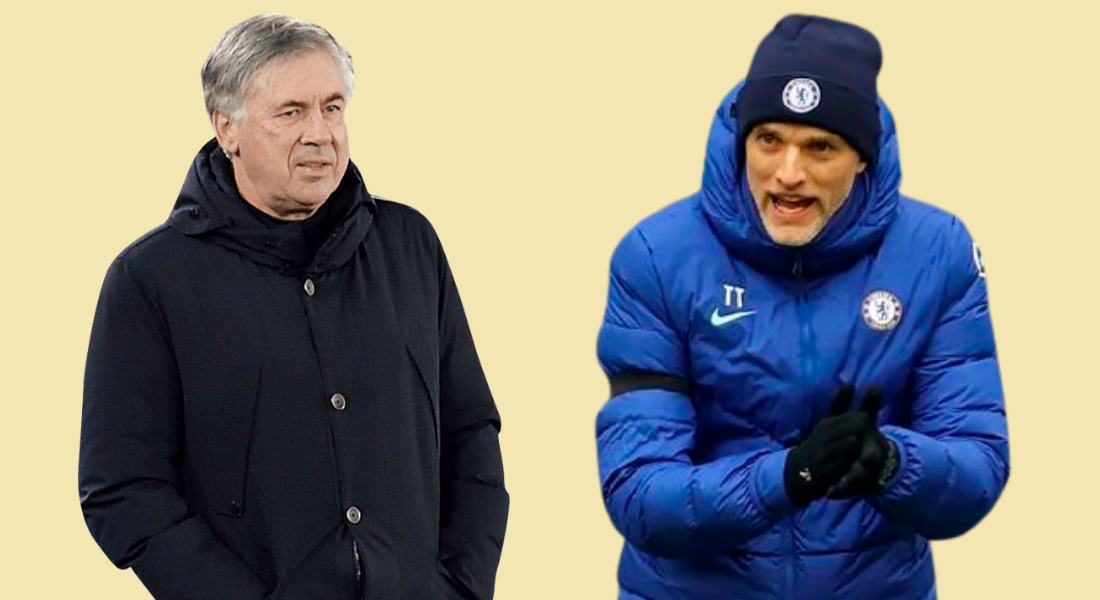 Chelsea have claimed a number of scalps in recent weeks and Monday could be another as they host Carlo Ancelotti’s Everton, another top-four rival.

This is a pivotal match in the race to qualify for the Champions League. Chelsea climbed back into the top four with their impressive win at Liverpool on Thursday, but Everton are a point behind after three successive wins.

The Blues are still unbeaten since Tuchel’s arrival at the end of January, with the German winning seven and drawing three of his 10 matches in charge of the London giants.

Chelsea boss Thomas Tuchel could become the first manager in Premier League history to see his side keep a clean sheet in each of his first five home games in charge in the competition.

Arguably only Manchester City are certain of a top-four finish, and Tuchel’s team would move to within one point of Man United if the Red Devils lose Sunday’s Manchester derby and Chelsea manage to win here.

Everton would make it into 4th place with a win, while also enjoying a game in hand. However, it would be a tough contest against the London club.

That said, Chelsea are unbeaten in their last 25 Premier League home games against Everton and recorded a 4-0 win when the pair locked horns at Stamford Bridge last term.

More recently, however, the Toffees have had the upper hand. They have lost just once out of the last six games between the two teams, and have beaten Chelsea three times.

Both of the clubs have proved themselves against the defending PL champions Liverpool by winning at Anfield. However, this match will be the turning point to fight for the top 4 finish.

Tammy Abraham has been the talk of the town recently, but for all the wrong reasons. He hasn’t made either of the last two matchday squads, with a combination of an ankle injury and an inability to win over Tuchel working against him. This could also mean, we see Tuchel deploy Kai Havertz as a false-9 and make things unpredictable for the Toffees.

Thiago Silva is ready to return, though Andreas Christensen’s fine form in recent weeks may mean the veteran centre-back doesn’t slot straight back in.

As for Everton, Yerry Mina, Fabian Delph and Jean-Philippe Gbamin are definitely unavailable through injury.

James Rodriguez and Seamus Coleman are expected to return to the squad, but it remains to be seen if they will make the starting lineup.

Richarlison who is in exceptional form for the Toffees will be looking to score in a fifth consecutive game. But it is not the Brazilian who Ancellotti’s men would count on to bring the goods on Monday night.

With The Blues currently at their best in defence, it is Gylfi Sigurdsson whom Everton would be heavily relying on to break Tuchel’s stubborn setup.

For Chelsea, they will need to be at their most potent best, which has not been evident in recent weeks. While Mason Mount, who has been dubbed Mr Chelsea in recent months, would be once again key to any sort of match-winning moment.

Carlo Ancelotti has been doing a majestic job at Everton. He has turned the timid Toffees into ruthless winners who excel in terms of conversion rate in attack and big chances conceded in defence.

Everton have shown their top-four credentials in recent weeks and also have kept three clean sheets in their last three games. Their defensive solidity under Ancelotti has been key to their rise up the Premier league table. The same can be said of Chelsea under Thomas Tuchel.

Chelsea look good under Thomas Tuchel, but only right up until they get close to the penalty area.

That being said, The Blues will come into the game feeling on top of the world after beating Liverpool, and Tuchel will be confident of walking away with the three points, but there’s no way Everton will make it easy for them.

Expect a professional performance from the London club and another clean-sheet for Edouard Mendy and co. FootTheBall says, Chelsea 2-0 Everton.