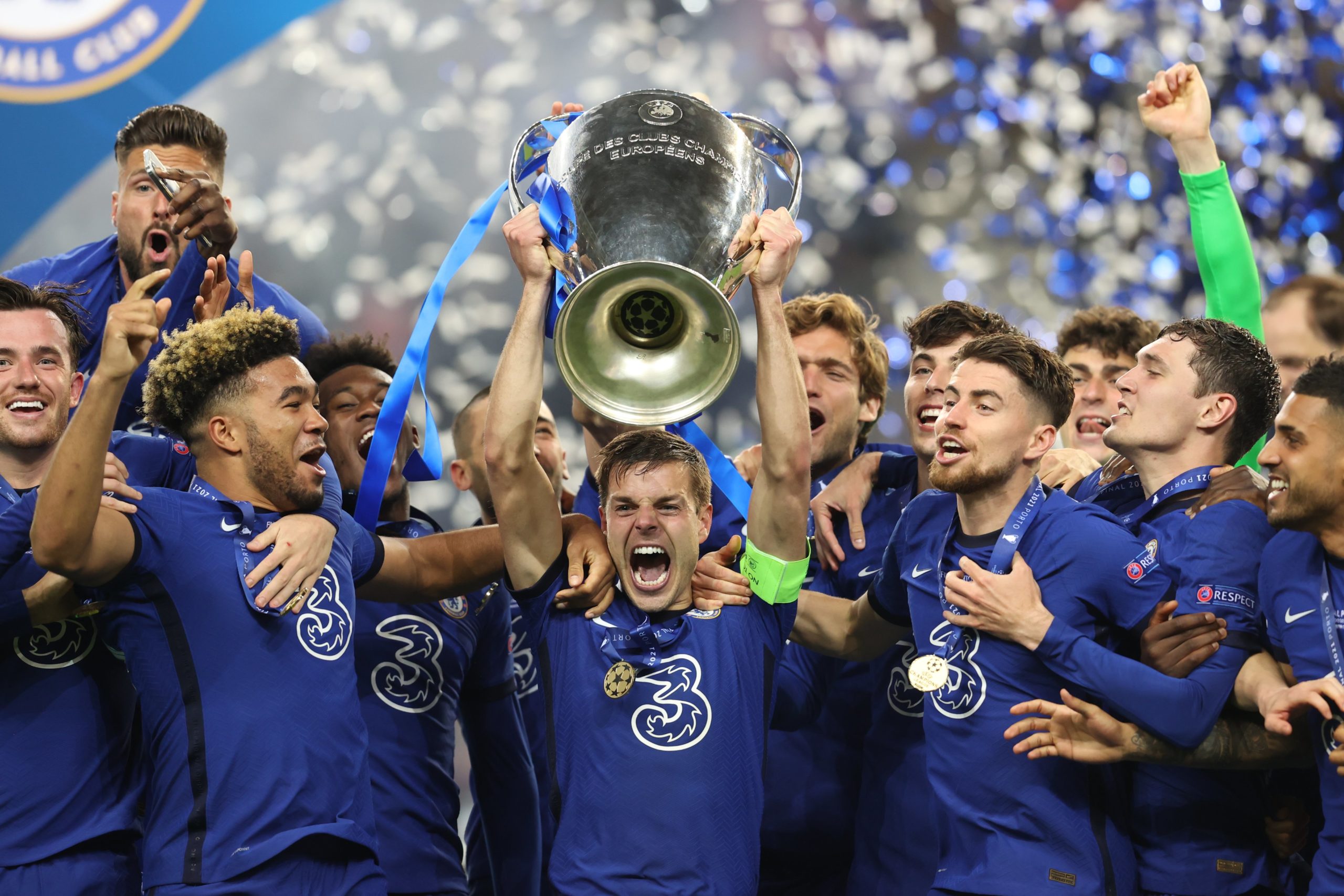 The Champions League trophy ribbons are once again Blue as Chelsea have conquered Europe’s most eminent, august, and glorious piece of silverware after 9 long years.

A first-half goal by Chelsea’s record signing, Kai Havertz was enough to see them get over the line. Thomas Tuchel’s troops faced Pep’s men for the third time in a month, outshining them on all three occasions.

Frank Lampard’s successor at Stamford Bridge, Thomas Tuchel has had a heroic start to his managerial career. Tuchel’s appointment initiated a spark of Chelsea’s revival as they went on to show the world what they are capable of.

Under Thomas Tuchel, Chelsea has rarely set a foot wrong dominating every opponent they have faced. Except for a few hiccups at West Brom and Aston Villa, the Blues have been on a smooth journey.

Chelsea was seeded in Group-E and they quite easily finished out on top. After that Thomas Tuchel’s men were up against Atletico Madrid in the round of 16. The new Chelsea manager helped his team demolish the Spanish champions as Tuchel’s troops marched on.

He is the shithouse slayer.

Next up in their way was an elated Porto as both teams locked horns in the quarterfinals of the tournament. But once against the tactical Tuchel improvised to lead Chelsea to the semi-finals. Where they had to battle it out with the Kings of Kings Real Madrid.

But once again Tuchel’s master plan once again proved too much for the managerial maestro Zinedine Zidane as Los Blancos produced a shambolic performance to be thrown out of the Champions League.

And finally, it was the chance of grandmasters to battle it out in the Champions League final. The two managerial dictators were up against each other for the third time in a month.

Two brains who never slept, had eyes on the prestigious CL trophy. Tuchel had faltered last year with PSG in the final stage but this term he meant business. Whereas Pep and City were struggling to get a podium finish.

And after 90 minutes of hard work, sweat and blood, it was the squad in Blue that had the last laugh. An ecstatic Thomas Tuchel couldn’t control his emotions as the Chelsea fans at the Estadio do Drago erupted in joy.

Kai Havertz’s match-winning goal brought silverware back to Chelsea’s Stamford Bridge. And after a season full of controversies, headaches, problems, and debacles with fans this is the best gift Chelsea could have given to their fans.

THE WORLD BOWS DOWN TO CHELSEA’S HEROICS

Congratulations to @ChelseaFC on winning the 2020/21 @ChampionsLeague title and recognition to Pep Guardiola’s @ManCity for their season.

53. No changes at the break and little chances so far this half – Kante has been everywhere all game, if we can bypass him we might be in business!

Congratulations to @ToniRuediger and @emersonpalmieri on winning the Champions League! 👏
#ASRoma #UCL

Congratulations to @ChelseaFC !!! What a team!!! Very happy for everyone at the club and specially for all the supporters. Very well deserved!!! https://t.co/PQ7beku8pf

This was supposed to be a transition season. Players like Havertz, Werner and Ziyech are only going to get better from here. Alongside new signings, the future has never looked more exciting for Chelsea. 💙 #UCLFinal

I'm so proud! Congratulations to everyone for such special title! Europe is blue! 🤩💙🏆 @ChelseaFC https://t.co/pchiIW8AX7

What a ball!! @masonmount_10 that’s what I’m talking about!

WHAT DREAMS ARE MADE OF! 💙 pic.twitter.com/PpAR4rtei8

Finally, Chelsea’s roller-coaster ride has finally come to an end with them lifting the Champions League trophy. Tuchel was bought in by Chelsea’s administration to just get them into the top-4. Chelsea were facing an embarrassing season under Lampard and Tuchel’s entry initiated a revamp. And the Champions League gold medal rounded off a perfect season for the Men in Blue.