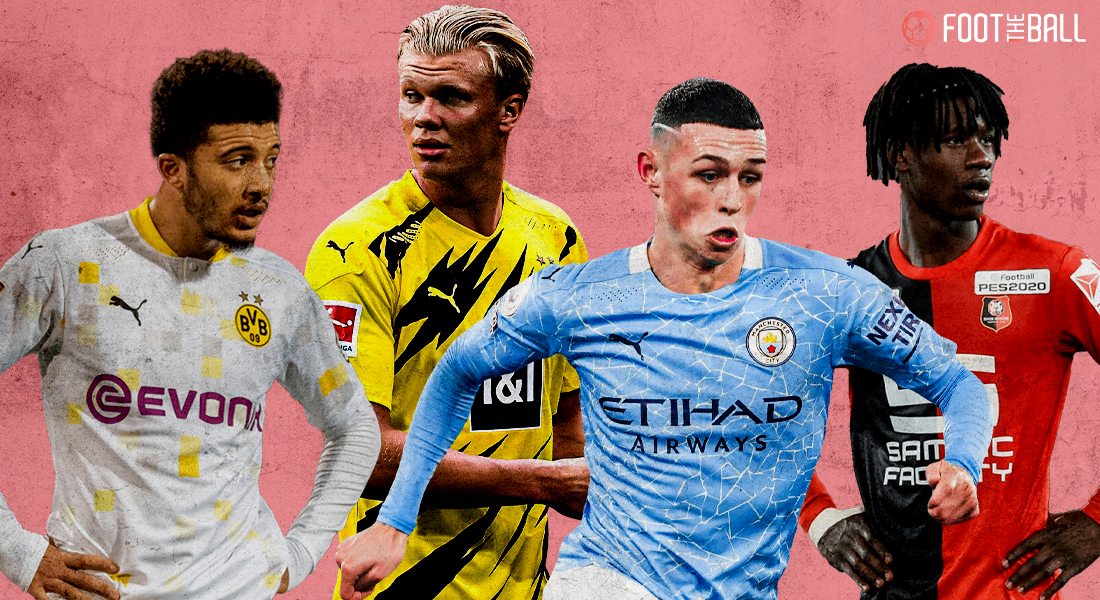 A latest report from CIES football observatory shows the percentage of domestic league minutes by footballers who had not yet turned 21 at the time of the matches played this season for 999 clubs from 71 top divisions that are currently running worldwide.

According to the CIES report Borussia Dortmund is the most favoured destination for young players amongst any club in the top 5 leagues. While FC Nordsjælland, a danish side that is one of the smartest recruiters in Europe tops the list.

The list was dominated by French clubs which further validates the scary depth the French national side possess.

Let’s take a look at some of the highlights from the CIES report.

THE BEST DESTINATIONS FOR YOUNG PLAYERS

Their latest report confirms that in the top 5 leagues young players aspire to use Dortmund as stepping stones for themselves.  A route players like Ossumane Dembele and Christian Pulisic have taken and made the German side a pretty penny in the transfer market.

Dortmund has proved time and time again that their philosophy offers young players the spectrum to grow not just as players but as people. The other reason being that Dortmund have always tried playing a vibrant attacking football that suits younger players who are just looking for a platform to showcase their talents.

Dortmund also have a history of identifying and budding in younger talents that go on to be superstars. Much like Erling Haaland and Jadon Sancho, who were signed on the cheap and now their market value is well in the hundreds of millions.

The result we wanted… now we look to Wednesday! 🙏🏻#VFBBVB pic.twitter.com/EcxYg2zCCW

Dortmund also offers a very focused locker room and Champions League football consistently, does do a lot of good to the young players. Seemingly the collective energy and thought process of Dortmund really seems aligned as everyone seems to be from the same age bracket. This makes it easier for players to adapt and fit in.

"Players like Pedri, Moriba, Riqui & Mingueza are the future of this club." pic.twitter.com/3o5exUmxbT

It was great to see Barcelona so high up the list. They do have some new young talents that are coming into the senior setup; players like Pedri, Fati, Moriba and Dest, are surely going to be superstars in the future, something Blaugrana fans should be ecstatic about.

Jose Mourinho’s Spurs and Conte’s Inter Milan were ranked lowest in the list. This did not really come as a surprise as both the managers are known for employing experienced heads to execute their defensive and frankly aging philosophy.

Even though Conte will win the Scudetto this season with Inter Milan, it will be interesting to see how he turns over this aging squad over the next season or two.

The gaffer's thoughts after a vital win 🗣️#InterCagliari ⚫️🔵 #FORZAINTER

Mourinho is a special case as players like Lucas, Ndombele and Alli have struggled to find their best from under the Portugese. And the way he scrutinizes players is surely seen as toxic by young players. The younger versions of players like De Bruyne, Salah and Lukaku have seen that side of the Portugese.

Jose has now become known for stifling the careers of young players. This means that young players try to avoid playing for Conte and Mourinho as their demands and styles are slowly becoming obsolete