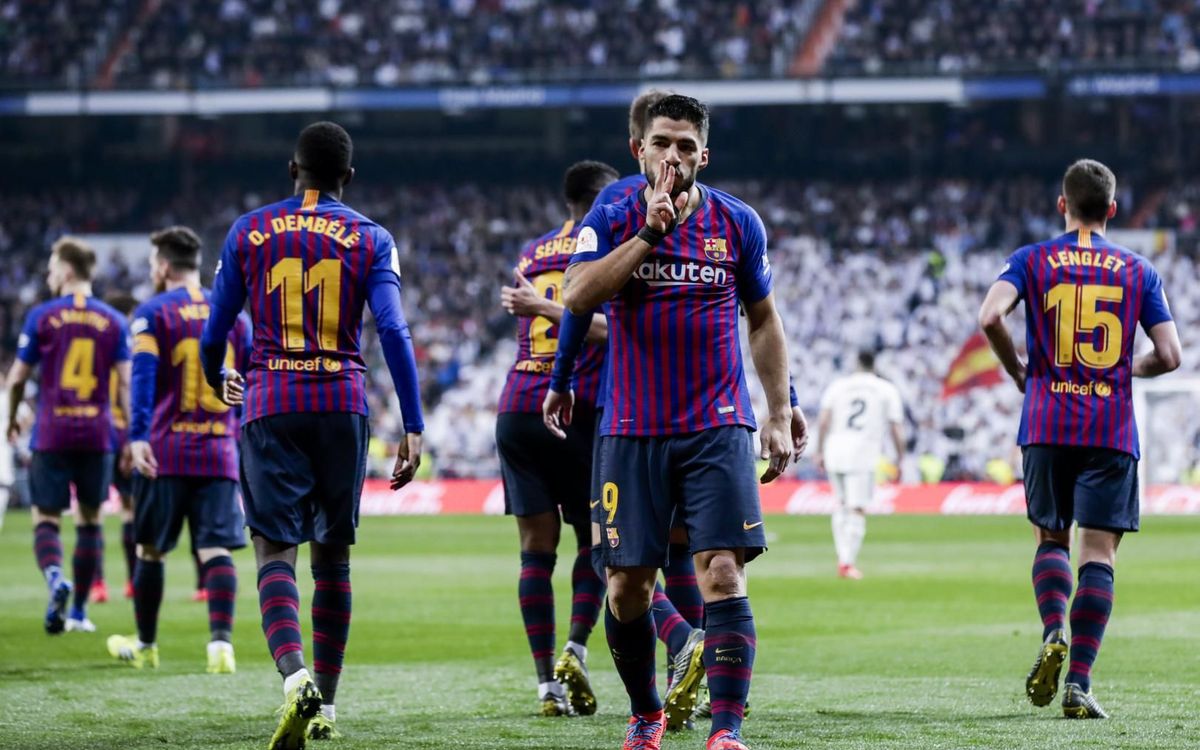 Barcelona kept their dream of a fifth successive Copa del Rey triumph alive on Wednesday night when they qualified for the final with a 3-0 away win to Real Madrid, thanks to the superb performance by Luis Suarez.

Barca coach Ernesto Valverde admitted after the game that his side had not played a perfect game and Leo Messi was below his best, but with Luis Suarez netting twice, Blaugrana still had too much for a Real Madrid side that lacked the killer instinct of Cristiano Ronaldo.

Madrid had the best of the first 40 minutes, but for all his trickery Vinicius Jr is still not a clinical finisher and the Brazilian with Karim Benzema squandered good chances for the home side before Suarez showed what a penalty area killer does for a living when he side-footed home Ousmane Dembele’s pass five minutes into the second half.

Vinicius again looked to lead a Madrid reaction but Ter Stegen saved well from Sergio Reguilon before the Brazilian poked wide after another mazy run.

An own goal from Rafael Varene then left Madrid with a mountain to climb when he put Dembele’s cross into his own net under pressure from Suarez and Suarez rounded off the scoring from the penalty spot in the 73rd minute after a slight contact from Casemiro.

It is Barca’s sixth consecutive Cup final although Madrid will think that with better finishing they will have the chance of revenge when the two sides meet again on Saturday in the Bernabeu in the Liga Santander.

Level up! Barcelona and Real Madrid now have an equal-record of all-time El Clasico wins ??

With this win, Barcelona also level up with Real Madrid’s 95 wins in El Clasico and register their highest win margin in 93 years!