Neymar In Tears When Talking About Former Teammate Lionel Messi 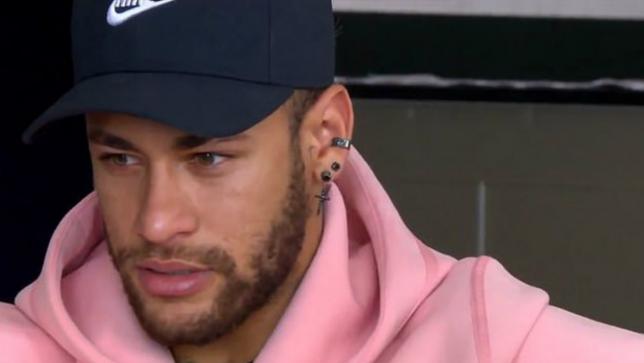 Neymar is arguably one of the best players in the world of football. Recently, the Brazilian footballer reportedly paid an emotional tribute to his former Barcelona teammate, and it is none other than the titular Lionel Messi.

The aforementioned player decided to join Barca from Santos in the summer of 2013. From there, he was successful in scoring around 105 goals prior to his departure. The exodus, which is deemed a world record transfer, saw him getting transferred to Paris Saint-Germain, which took place four seasons after.

In an emotional interview, Neymar cannot help but thank Messi for being a stronghold in his career. According to a Pokies information website, the 27-year-old professional football player admitted that the latter helped him get through a rough time in his life.

Neymar even went to say that it is the kind of story that he loves to tell to everyone. He said that during a certain point in his life, he was faced with difficult decisions and situations. Fortunately for him, Messi – whom he calls “the man on the team” – was there to give support. Not only did Messi come for him, but he also received love from the best player in the world.

The Brazilian professional added that Messi told him to be himself and that he should be happy, the same quality he did in Santos. The Argentine footballer even encouraged Neymar to be full of courage, one that has not to be afraid of anyone in the club. Moreover, Messi assured Neymar that he and the team are always there for him.

A Possible Return To Barcelona

Neymar has been constantly part of multiple topics and articles, all of which suggests that he could return to Barcelona. Apparently, the football star is still believed to be good friends with most of his former teammates.

He went on to say that the situation he is in has been difficult, even if he has to move from one place to another. But despite his decision, Messi was all in for him. According to Neymar, Leo is someone who always has a special place in his heart; hence, he sees him as a family and a person whose words have value to him.

Neymar further talked about his recent injury and gave details on how he tried to recover from it. It is worth noting that the injury came at the worst time of his career. That is because it prevented him from being part of the Old Trafford, which is in the very first leg of the Champions League round of 16.

The footballer said that it has taken a toll on his well-being, most especially when he finally accepted it. He confessed that he spent at least two days in his home crying and feeling depressed about the situation.

As far as his return to Barcelona is concerned, it seems to be far from happening. This is after both the PSG president named Nasser Al-Khelaifi denied the possibility, which is something his father also confirmed, the Pokies information website added.