Paulinho and Philippe Coutinho struck second-half goals as Brazil won their ninth consecutive World Cup qualifier with a 2-0 victory over Ecuador on Thursday.

Paulinho found himself unmarked following a Willian corner and thumped in from close range before second-half substitute Coutinho combined with Gabriel Jesus to double the hosts’ lead.

“It was a tough match and an important result because we were able to carry on the great momentum that we’ve been building,” Chelsea midfielder Willian told Globo TV after the match.

Brazil’s talismanic forward Neymar had a frustrating night in his first international match since completing a world record 222 million-euro move to Paris Saint-Germain from Barcelona. The 25-year-old rarely threatened Ecuador’s defence and his best chance came minutes before the end when a long-range effort flew just wide. 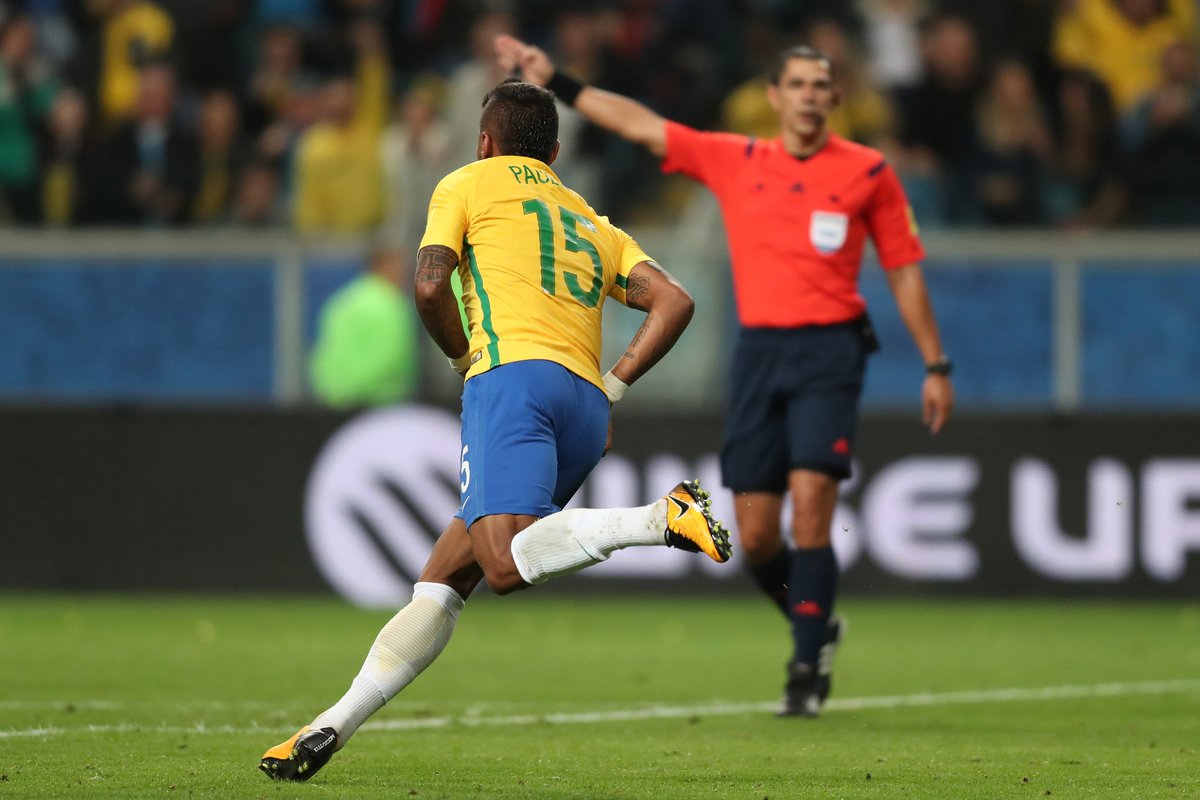 As expected, Coutinho began on the bench, having not played for Liverpool for almost a month amid speculation linking him with Barcelona.

After a first half in which Brazil looked in control but lacked inspiration, the playmaker was introduced on the hour mark and he immediately changed the course of the match.

Suddenly, the Selecao looked more composed going forward and in the 69th minute the hosts got their reward when Willian’s corner fell to Paulinho, who appeared to have all the time in the world to blast his shot in from the edge of the six-yard box.

Minutes later, Coutinho glided past two defenders and lofted a perfectly weighted pass into the path of Gabriel Jesus. The Manchester City forward then flicked the ball over his opponent’s head and headed a pass back to Coutinho who guided a first-time shot past goalkeeper Maximo Banguera.

In other South American zone qualifiers, two-time World Cup winners Argentina remained outside the automatic qualification places for football’s showpiece tournament in Russia next year after a 0-0 draw with Uruguay.

The Albiceleste’s front three of Lionel Messi, Paulo Dybala and Mauro Icardi created plenty of chances but were unable to find a way past a disciplined Uruguay defence at Estadio Centenario.

Luis Suarez, who started the match despite battling a knee injury, limped off the pitch in the 83rd minute and appears doubtful for Uruguay’s next qualifier against Paraguay on Tuesday.

Argentina remained fifth in the standings with 23 points, a point behind third-placed Uruguay, with three matches remaining in the CONMEBOL qualifying tournament.

The top four teams will earn a direct berth at next year’s World Cup in Russia while the fifth-ranked side will book an intercontinental playoff spot.

Victor Caceres and Richard Ortiz scored in the second half after a 24th-minute own goal from Arturo Vidal.

Meanwhile, Colombia and Venezuela played out a 0-0 draw in the Venezuelan city of San Cristobal.