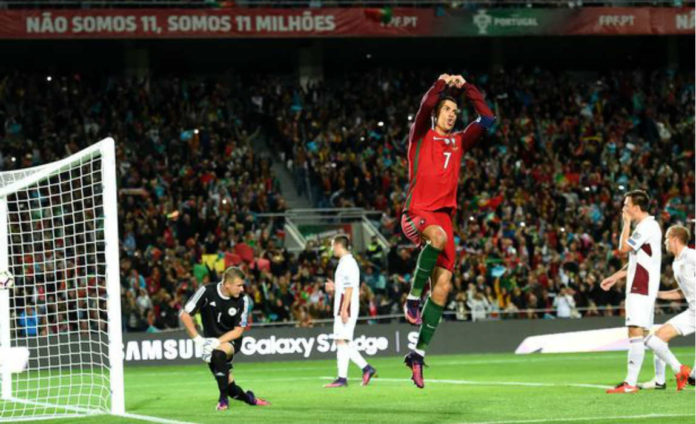 Cristiano Ronaldo reached the 68 goal mark for his country as he scored 2 goals to guide Portugal to a 4-1 win over Latvia. 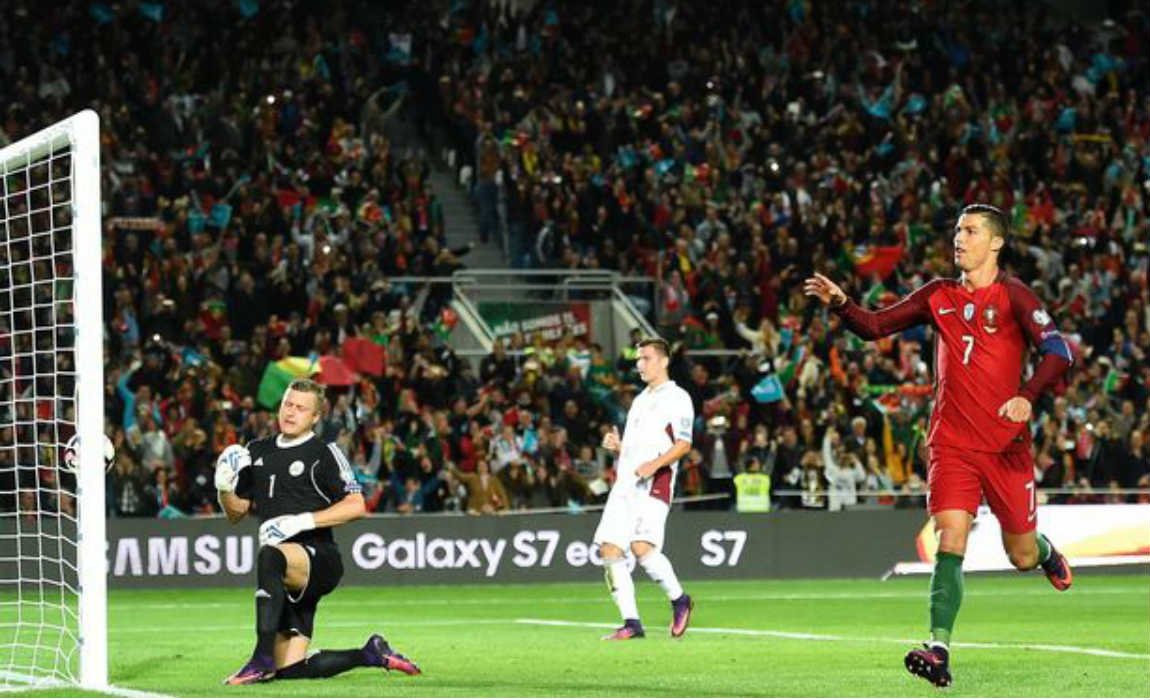 The Real Madrid superstar is now level with Robbie Keane and Gerd Muller on the all time list of Europe’s top scorers. But he is still behind Miroslav Klose (71), Sandor Kocsis (75) and Ferenc Puskas (84). 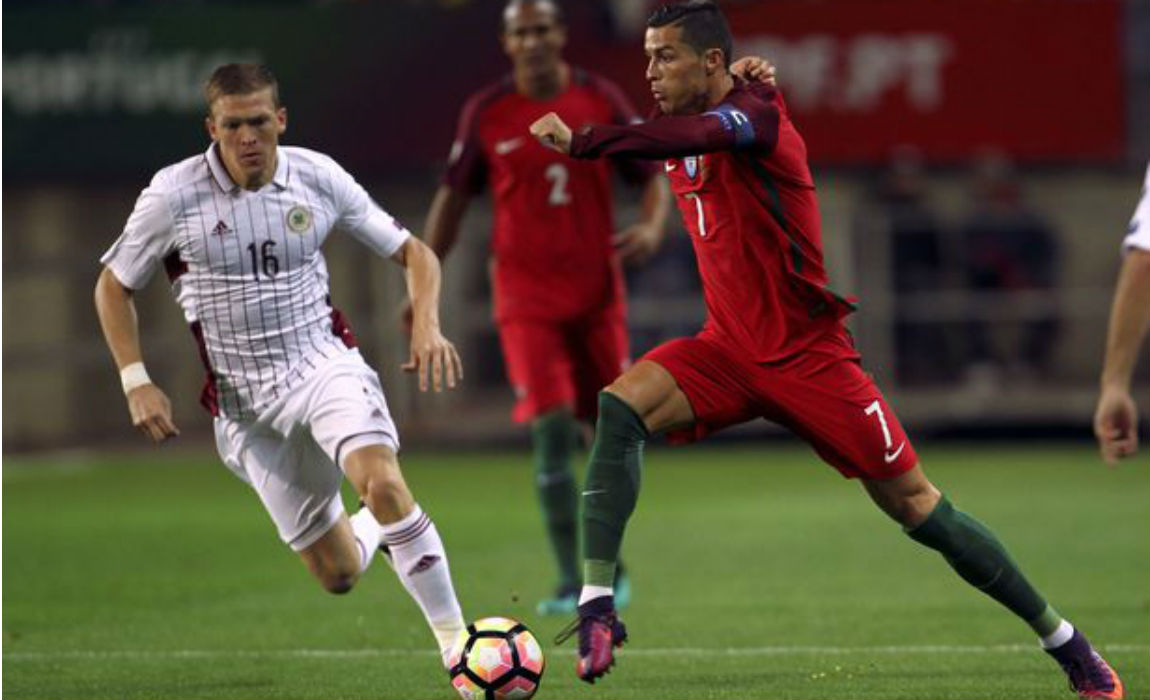 Cristiano Ronaldo opened the scoring for Portugal by converting a penalty in the 28th minute of the match. He had the chance to double his tally just before the hour mark with another spot kick, but could only find the inside of the post as the ball bounced on to the goalkeeper reaching the safety zone.

Latvia soon equalized and threatened for a shock but William Carvalho put the Euro 2016 champions back in control as Cristiano Ronaldo scored a thunderous volley to reach the 68 goal landmark and secure the win. 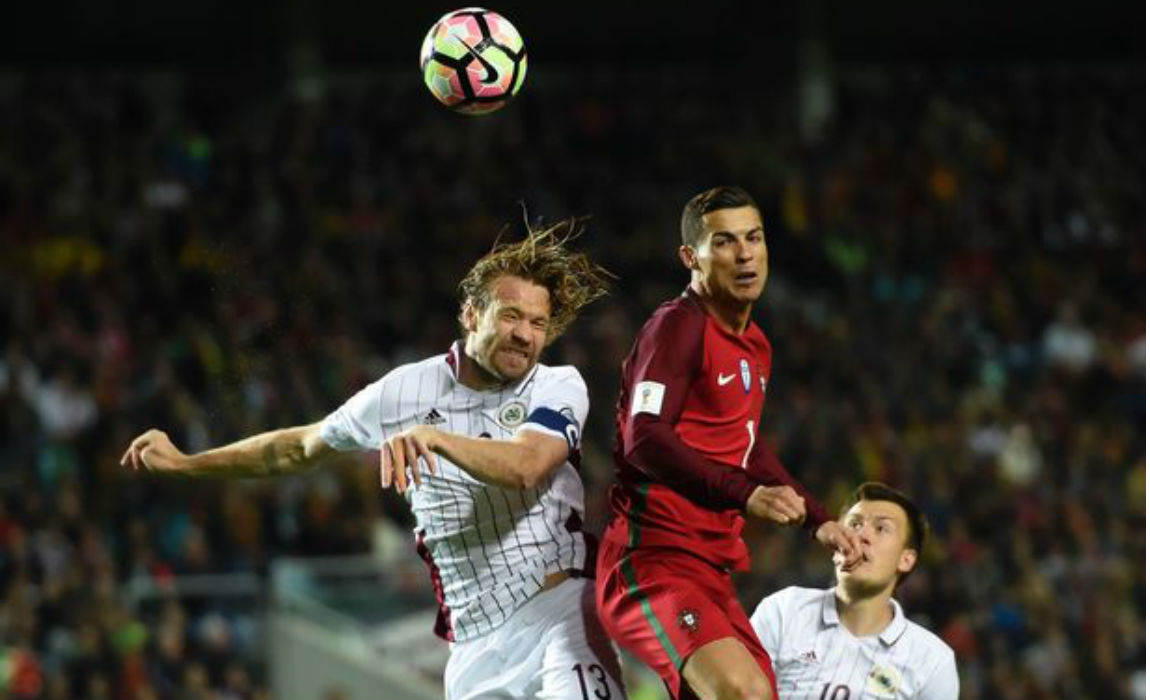 Portugal now sit 2nd in the Group and are only 3 points behind Switzerland after four matches.