STORY OF THE U-TURN 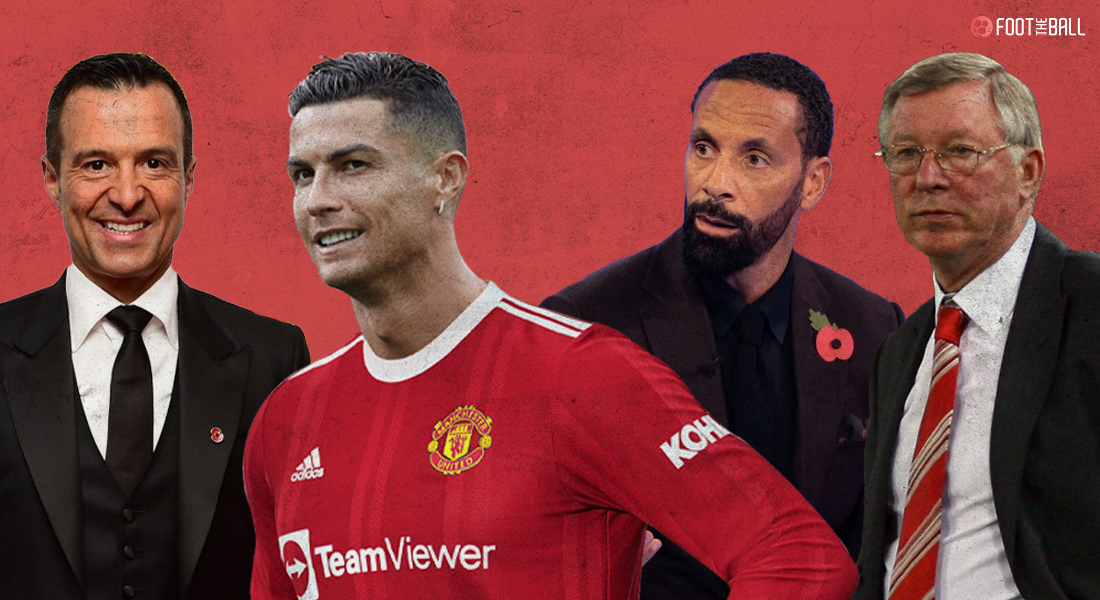 The past 24 hours have been extremely mental in the world of football. With the pendulum swinging every hour, it was nothing short of a well-written thriller movie. Of course, it was regarding the possibly biggest transfer of all time. In a shocking turn of events, Cristiano Ronaldo re-signed with Manchester United in the evening instead of joining Manchester City as expected in the morning.

Cristiano Ronaldo’s homecoming is being celebrated all across the world. The red devils agreed to a deal in principle with Juventus to announce the signing. They pulled off quite a heist as they hijacked Ronaldo’s move to Manchester City. That move could’ve caused some serious implications on the United faithful.

There were many factors at play behind the scenes to make this deal happen. But the role the Glazer’s played is not to be forgotten. The United owners, under pressure for the super league debacle, have come clean on their end now with tremendous spending. The one trump card in their collection would be the re-signing of Manchester United’s favourite son Cristiano Ronaldo.

As the deadline day was approaching Ronaldo was not at rest at Juventus and wanted a move. His agent Jorge Mendes offered him to few clubs and it seemed like Manchester City hit the jackpot. With all agreements done, the move looked imminent only for late intervention from Manchester United.

Cristiano Ronaldo spent three years at Juventus. Though his primary aim was winning the Champions League, he tried his best to achieve it. He won two league titles in his first two seasons and suffered a reverse in the third season. With Massimilano Allegri returning to Juventus Stadium, Ronaldo wanted a move. He pushed for a move in the final few days of the window.

When the window started, Ronaldo wasn’t Manchester United’s priority number one. They wrapped up the long-awaited signing of Jadon Sancho in the window assuming Ronaldo would run his contract down at Turin. But the sudden change of Ronaldo’s heart forced them into action.

Cristiano Ronaldo also informed his Juventus teammates that he wants to leave. Jorge Mendes will be in direct contact with Man City today to discuss Ronaldo’s salary – it won’t be €31m net per season as current one 🇵🇹 #MCFC

Manchester City were in desperate need of a striker and just gave up on Harry Kane. They turned their head to Ronaldo who wanted a way out of Juventus. Jorge Mendes, Ronaldo’s agent entered into negotiations with City and an agreement was reached. The Cityzens were negotiating over Juventus’ asking price of £25 million. Ronaldo himself was ready to join City and set aside his differences with Pep Guardiola.

This potential move and the thought of Ronaldo donning a Manchester City kit broke the hearts of United fans. Many allegiances were shifting and the loyalty of a few were tested. But this is what we knew on the outside. Behind the scenes, United were making their moves.

📝❓ Manchester United are in talks to re-sign Cristiano Ronaldo.

Ole Gunnar Solskjaer has a strict protocol of not talking about transfers in the press conferences. But when Ole didn’t deny Ronaldo links and furthermore name-dropped United as an option, it was getting clear.

Hours after Ole’s press conference the dominos were in full swing. Cristiano Ronaldo who was on the verge of joining Manchester City, re-signed for Manchester United. After 12 years, the red devil came home.

Jorge Mendes, Ronaldo’s agent is a super agent with massive pull. He can get business deals done with any massive club and also costs a huge fortune in agent fees. When he learnt that his client Ronaldo wanted a move he was down to get it done. Mendes offered his client to a host of clubs including Manchester United, PSG and Manchester City.

Jorge Mendes is talking about Cristiano Ronaldo with Man City since days. It’s still verbal – no official bid yet to Juventus, personal terms not fully agreed yet. That’s why Guardiola said “things far away”. 🇵🇹 #MCFC

…and Manchester United are in contact with Jorge Mendes too. pic.twitter.com/pba1HfAUqx

Manchester City showed interest in Ronaldo to solve their striker issues. A deal was certainly on the cards and City were about to meet Juve’s asking price. The personal terms were also agreed was the talk going in close circles around Manchester City. But Ronaldo’s Manchester United allegiance kicked in and the deal was off.

This is an incredible article on how the Ronaldo saga unfolded. Around 8am today Ronaldo told Juve team-mates he was joining City. United rejected him all summer but were spooked into acting.@lauriewhitwell @David_Ornstein @AdamCrafton_ @JamesHorncastlehttps://t.co/rUwrDyQIYp pic.twitter.com/9kRPSIrJ4N

And soon after, Manchester City pulled the plug on the deal. According to The Athletic, City feels that they have been used by Jorge Mendes to forces Manchester United into action. They also reported that Mendes worked round the clock all summer to get Ronaldo to United. With many of Mendes’ clients at Manchester City, this transfer u-turn would certainly have some repercussions.

But at the end of the day, Mendes has successfully delivered his client to his favoured destination amidst all the backlash from Manchester City.

Sir Alexander Ferguson said in 2012 losing the league title to Manchester City hurt him the most. Then how could he let his so-called son join Manchester City? The legendary manager was the one who brought Ronaldo to United. He moulded Ronaldo into what he is today. He couldn’t let Ronaldo join City willingly.

🗞 It is rumoured that it was a call from Sir Alex Ferguson to his former protege that helped make up Cristiano Ronaldo’s mind to reject Manchester City’s overtures. [@LukeEdwardsTele]

It is said that Sir Alex got on a call with Ronaldo to convince him not to join City. He knew that this move would instantly damage Ronaldo’s United legacy. A phone call from his father-like figure was all it took for Ronaldo to change his heart. Sir Alex also pressed the board into making a move for Ronaldo to have the perfect homecoming.

Also, when the whole world was going bonkers over Ronaldo to City, the Manchester United legends kept quiet. They perhaps knew something that the world didn’t know. Rio Ferdinand tweeted a cryptic image hours before any official moves were made. He even got on a call with Ronaldo to clarify the issue.

Wayne Rooney was sure from minute one that Ronaldo wouldn’t join City. He knew that United legacy would prevent him from doing that. Patrice Evra shared a Whatsapp chat of himself and Ronaldo. Ronaldo told Evra that he’s playing for United again. Evra was excited by the prospect of it and called it the biggest transfer in football on Twitter.

This shows us how the transfer world works behind the scenes. All the United legends came together to bring the prodigal son home. Oh, and what a homecoming it would prove to be if Ronaldo could lead United to a Premier League title.