De Gea ON THE MOVE 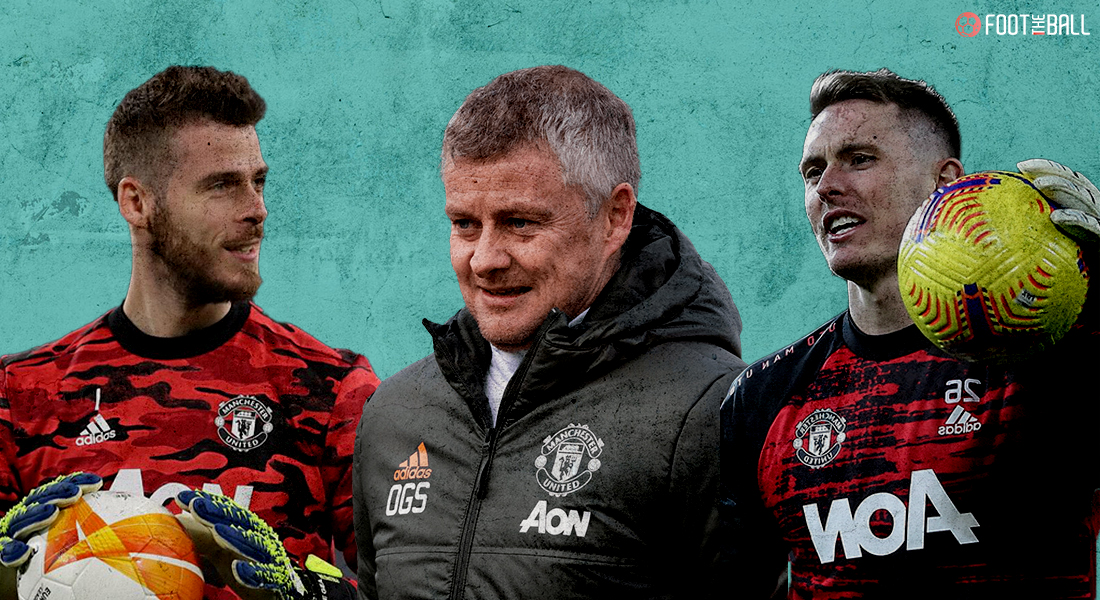 During his time in the Premier League, he has been the best goalkeeper in the league for some time and the best Manchester United player for a decade. Yes, we are talking about Spanish Goalkeeper David De Gea. Although, in recent seasons, high profile errors have led to damaging his reputation and the Manchester United hierarchy might have had enough of his mistakes.

David de Gea is likely to leave Old Trafford in the summer following Ole Gunnar Solskjaer’s decision to make Dean Henderson his number one. The potential exit will bring a 10-year stint in Manchester to a close during which he has perhaps been the club’s best player.

The Spaniard had a rollercoaster month in March. He celebrated the birth of his daughter in Spain but that meant Henderson got the opportunity to establish himself as the first choice for Manchester United.

De Gea’s return was delayed due to Covid-19 protocol allowing Henderson to impress Solskjaer. The former Atletico Madrid man also lost his spot as the number one for Spain as Athletic Bilbao’s Unai Simon started all three qualifiers in the recent international break.

Henderson took full advantage of the chance given to him, keeping four clean sheets in six matches before the international break, including notably against Manchester City and in the second leg vs AC Milan.

The Englishman is more commanding than de Gea and has the advantage of being six years younger. He is also slightly better with the ball at his feet and looks comfortable in a United shirt having come through the academy.

🧤 @DeanHenderson did us proud in March 👊

Henderson’s emergence has drawn eyeballs to the massive wage bill that United currently have with respect to goalkeepers. De Gea is paid a massive 375,000 GBP per week and the board wants to reduce this figure. The Spaniard has two years left on his contract post this season, and it is likely a part of it will be paid off if he takes a wage cut for a transfer away from Manchester.

Reports claim that Manchester United will have to hand top earner David de Gea a sizeable pay-off if he were to lead a huge keeper clear-out at Old Trafford in the summer.

Sergio Romero will also be leaving the club after being frozen out this season. 37-year-old Lee Grant’s contract is also up in the summer and it remains to be seen whether he will be retained as third choice. United also have Joel Pereira on their books. He has struggled for game time on loan at Huddersfield and it is unlikely he will stay on at Old Trafford.

De Gea is still one of the best goalkeepers in the league and at the age of 30, has a lot left to offer. His high wages reduce the scope of clubs that can sign him but Europe’s elite are being given a chance. PSG, Atletico Madrid and Real Madrid have shown interest in signing him this summer.

The French giants were linked with de Gea last season as well but nothing materialized. PSG’s first choice Keylor Navas has performed well but Mauricio Pochettino may look to move him on given that he turns 35 this year.

Atletico have arguably the world’s best goalkeeper in Jan Oblak and he has led La Liga’s stringiest backline this season, letting in just 19 goals so far. He has also saved two crucial penalties in recent weeks and it is highly unlikely Atletico will sell him. However, de Gea can be an adequate replacement should Oblak be tempted away from the Wanda Metropolitana.

Real Madrid have courted de Gea for years. His availability at a time when the goalkeeper spot is perhaps their most stable position is another twist in their never-to-be saga. After a shaky start at the Bernabueu, Thibaut Courtois has performed exceptionally and it will be unfair to the Belgian if Zidane decides to replace him with de Gea.

The Red Devils faithful will be very grateful to de Gea for his exceptional service, especially during the turbulent years under van Gaal and Mourinho. However, moving on this summer is ideal for all parties. Whether a deal can be negotiated that satisfies United’s transfer fee demands and de Gea’s wage demands remains to be seen.