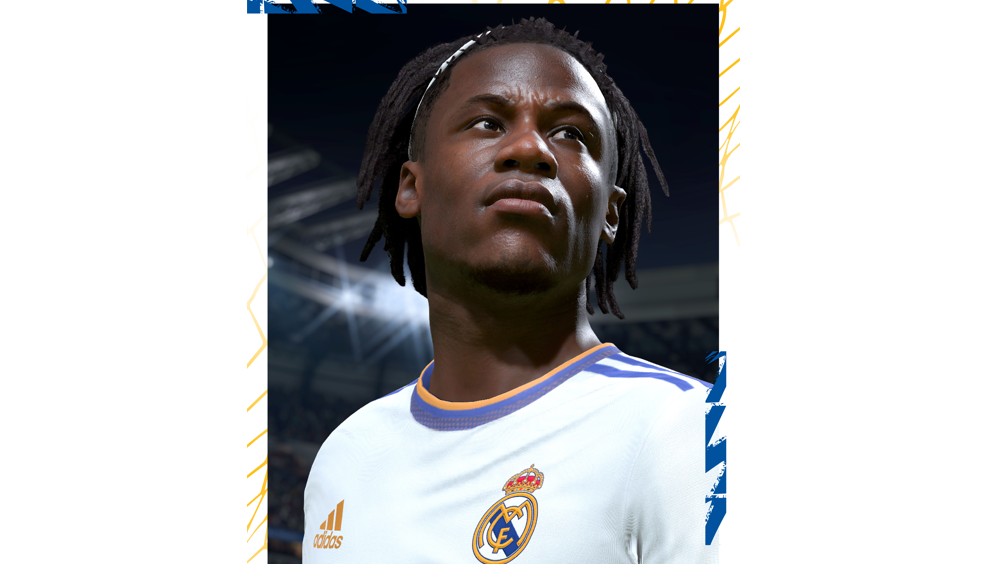 Real Madrid have finally signed the talented French youngster Eduardo Camavinga, paying Rennes about €35million for the services of the prodigious teenager. It shows a remarkable bit of business from Madrid as Camavinga was recently priced as high as €100 million. This smart move for Camavinga might turn out to be a masterstroke on the deadline day, having beaten competition from Manchester United, PSG and Liverpool to seal the deal.

Camavinga broke onto the scene two years ago as a sixteen-year-old. After two seasons at Rennes, he finally got what is reported to be his dream move. Camavinga now gets to share the dressing room with some of the best midfielders in the history of the game. Toni Kroos, Luka Modric and Casemiro are the best in the world in their position but with the trio eventually ageing, Camavinga can learn from them and replace them seamlessly.

It would be a crime to say that Kylian Mbappe wasn’t Real Madrid’s number one target. President Florentino Perez kept knocking on PSG’s door for Mbappe but was firmly rejected. The club believed to be out of funds are pulling strings to get deals done. As soon as Mbappe was out of reach, they instantly turned to another long term target in Camavinga. Zinedine Zidane was very keen on having Camavinga at Madrid but now, Carlo Ancelotti will get to work with the youngster.

Born in Angola, Camavinga’s family immigrated to France when he was two years old. He joined the Rennes academy as an eleven-year-old. The lanky midfielder signed his first professional contract as a sixteen-year-old. A senior debut soon followed making him the youngest player to ever play for Rennes at 16 years and 4 months.

Camavinga is a tall midfielder who is silky on the ball with great output in attack and defence. The youngster is comfortable playing anywhere across the midfield. He can play as a ten or a six or an eight and never looks out of position anywhere. To get the best out of him though, a deep-lying playmaking position is the best. His pace, work rate and play style often earn him comparisons to countryman N’Golo Kante.

His footwork and agility make him a superb dribbler and ball carrier. Camavinga is never shy on the field and asks for the ball from his teammates. Once on it, he uses his close control to beat defenders and escape out of the press. He is blessed with immaculate vision and pinpoint passing. However, he often gets safe in possession and goes sideways. This potential can be improved under the coaching of Carlo Ancelotti.

Defensively, he is nothing short of a walking dynamo on the pitch. Camavinga is full of energy and closes down the opposition endlessly. The usual hustle and bustle of defence with the closing of spaces, cutting off passing lanes comes naturally to him. His work rates are up there with the best in the world. To put it into some context he averages a total of 2.8 tackles and 0.7 interceptions per game, numbers that are comparable to Casemiro.

Camavinga is of undisputed quality and it is scary that he won’t be nineteen till November. His potential is there to be unlocked at Santiago Bernabeu.

Camavinga enjoyed a splendid 2019/2020 season. The world took notice and potential suitors in PSG, Real Madrid and Manchester United. Rennes slapped a whopping price tag on his head. It set off chasing clubs for at least one year. His contract is running out in 2022 and the youngster decided not to sign a contract extension. The club had no intention to lose him on a free and hence they slashed the price tag by more than half to sell him this summer.

Eduardo Camavinga has been placed Rennes' transfer list with his price tag lowered to €35m.

The club do not want him to leave for free next summer.

With the renovation of Santiago Bernabeu and the Covid pandemic, Real Madrid’s coffers have taken a huge hit. Yet due to smart activity in the transfer market, they are in a much better position than fellow Spanish clubs. Also, by selling fringe players like Odegaard and getting high earners Raphael Varane and Sergio Ramos off the books they have room in the squad, both literally and financially. As Mabppe became unavailable Camavinga was captured soon. For his price and potential, it looks like a transfer masterclass.

Camavinga can individually offer what each of Madrid’s current legendary midfielders can offer. He might not be on the level of them yet, but would surely reach their level gradually. Kroos and Modric cannot play each game in the hectic season so he can expect game time regularly. Camavinga is already a France international and their youngest goal scorer. So he needs to be playing regularly to be in contention for the national team.

Camavinga was supposed to be a part of the French Revolution at Real Madrid. Zidane wanted Kylian Mbappe, Paul Pogba and N’Golo Kante in his squad. But slowly, Camavinga became Kante’s alternative. Zidane left at the end of the previous season and Ancelotti was given the chance. Pogba and Mbappe may yet come next season, which makes for a scary prospective team.

Ancelotti is an astute tactician and can massively help Camavinga fulfil his potential.

It is unfair to put any sort of expectations on the teenager. He must be given time to settle in a new league and country. He can expect cameos off the bench and regular appearances in cups and Champions League. Camavinga can be the midfield lynchpin of Madrid and France for the next ten years.

Eduardo Camavinga is going to be a HUGE problem 🤩

But in the long term, he has to make the midfield spot his own. He can be the heir to any of the current midfield trio or even be a surprise upgrade on them. The sky is the limit for Camaving at Real Madrid as he can help them win the La Liga and the Champions League.