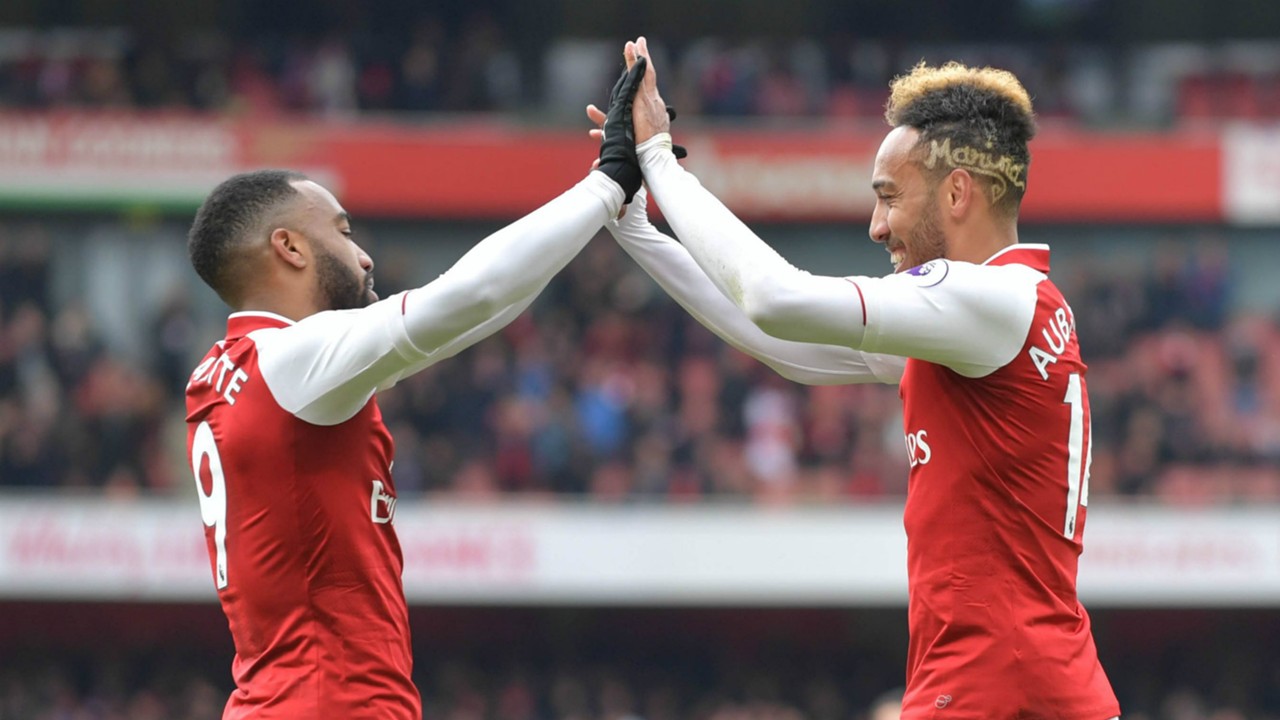 It has been all change at the Emirates Stadium this summer. After 22 years in charge of the Gunners, Arsene Wenger has left the club and former Sevilla boss has taken his spot in the Arsenal hot seat. Expectations ahead of the 2018/19 campaign were low and most Arsenal fans accept that Emery will need time to lead the club back to the summit of English football.

The “Arsenal way” has always been free-flowing, attacking football and Emery’s style won’t be too dissimilar to that of Wenger in the long term. Fans will be expecting the Gunners to improve on last season’s sixth-place finish but that will only happen if Emery tweaks their system – it is time for Arsenal to revert back to a two-striker formation.

Alexandre Lacazette and Pierre-Emerick Aubameyang are two of European football’s most recognisable forwards. The former made his name as Lyon’s main frontman before joining Arsenal whilst the latter stepped into Robert Lewandowski’s shoes at Borussia Dortmund and did an excellent job of replacing the Poland international. Without a doubt, both players are too good to be sitting on the bench.

Lacazette, Arsenal’s top scorer last season with 14 goals in 32 Premier League games, only made the bench on the opening weekend of the campaign. Needing a goal to get back into the clash with Manchester City, Emery brought the Frenchman on but it was too late – his form since joining Arsenal warrants a spot in the starting line-up and most fans believe that Lacazette has been treated unfairly in recent months.

But it was Aubameyang who really made a statement in the second half of last season. The Gabon international notched ten goals in 13 Premier League matches and that is why he is widely regarded as Arsenal’s main man in attack. Aubameyang will take some stopping in the pursuit of Golden Boot glory if he gets off to a fast start.

“He’s come in late and showed he’s a natural finisher. I can see him being up there for top goal scorer next season, he’s that good.” #Arsenal#EPL#GoldenBootpic.twitter.com/sMIGw2rhRb

Arsenal last lifted the Premier League title back in 2004 and supporters are getting sick of waiting for another top-flight triumph. The latest odds on Arsenal to win league 2019 show the Gunners as sixth favourites to lift the Premier League crown; their bitter north London rivals Tottenham Hotspur rank above Emery’s side. It could be another tough season for the Emirates Stadium faithful…

Playing both frontmen in the same system shouldn’t be too difficult, particularly in home fixtures. Emery can afford to sacrifice one of his defensive midfielders in favour of another striker and Gunners fans will be expecting positive results on home soil. Arsenal was poor on the opening day of the season but that performance can be somewhat excused against Manchester City – it cannot continue though.

The sooner Emery decides to include Aubameyang and Lazcazette in his starting line-up, the better as far as Arsenal is concerned. There is potential for one of the most dangerous partnerships in European football to flourish and Gunners fans know it. Watch this space, it is surely only a matter of time until both men find themselves wreaking havoc for Arsenal on a weekly basis.