OLD IS GOLD? NOT ANYMORE! 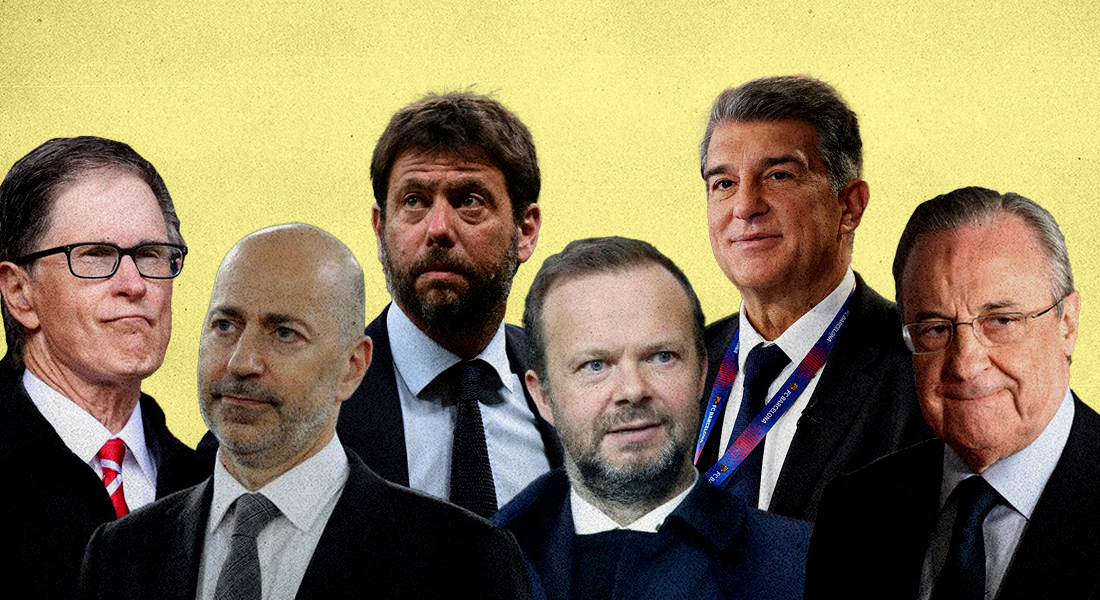 This was what Florentino Perez claimed last night in his televised interview while speaking on the extraordinary developments of the European Super League, where he was the President, even going onto say that 40% of the youth aged 16-24 are “disinterested” in football now.

Florentino Pérez now talking about reducing matches from 90 minutes: "If young people say football matches are too long, maybe it's because that match isn't too interesting or maybe we have to shorten the length of matches."

Twenty-four hours later, his dreams lays in tatters as Manchester City has initiated formal proceedings to pull out, with Chelsea likely to follow suit, all of which has had a knock on effect as Manchester United has announced that their supremo Ed Woodward will be leaving at the end of 2021. Newly elected Barcelona president Joan Laporta had already gotten cold feet as he announced that any decision to join has to be agreed up by the club’s Association of Members adding “It is they who decide, it is their club.”

This truly shambolic idea and its backtracking, as it seems, has left the whole footballing world in a lurch and relationships shattered, which begs the question: how long should these dinosaurs and money grabbers be allowed to stay on for?

THE REACTIONS TOLD A STORY

Perez had just recently won the presidential election, running unopposed one has to add, which extended his term till 2025. Listening to him speak on the positive effects of the proposed Super League made for tough viewing as he was lambasted by fans and players across the globe on what many described as ‘taking the game away from the fans.’

Leeds are warming up to face Liverpool with t-shirts that say: 'Champions League: EARN IT. Football is for the fans.' pic.twitter.com/XgU912QPpH

This rang truer than ever in the Premier League scenario which had matches immediately following the announcement. Jurgen Klopp, Thomas Tuchel, Zinedine Zidane and Pep Guardioala were all asked about their views on this topic. Only the Man City boss was able to voice his dismay at the new competition in a clear and honest manner which made it clear he was less than pleased about the whole affair.

Pep Guardiola says every club & every organisation looks out for themselves when asked about the 'European Super League' pic.twitter.com/HpzhfNdNyM

Reports had also started to emerge by then of Harry Maguire, the Manchester United captain, angrily confronting Ed Woodward regarding this as well as Arsenal players and Mikel Arteta being left “frustrated” at the lack of information. Liverpool skipper Jordan Henderson had even called a meeting of all 20 captains to discuss the way forward tonight.

Fans had also started showing up at the stadiums of the clubs involved, with Chelsea supporters blockading the entry of the team bus, Liverpool fans flying a plan with the banner “#SayNoToSuperLeague” and just general protests at the conditions their beloved clubs were being put into.

All of this begs the question, “Why?” The answer is simple: Because the old, rich executives running their respective clubs can. Florentino Perez, Ed Woodward, John Henry, Andrea Agnelli, Ivan Gazidis, Joan Laporta and the rest had only goal in end: revenue and how to maximise it.

Football, as with general society, has had enough of them finally it seems. The whole community came together in saying enough is enough, we have given too much of leeway to these few individuals. So, they lambasted them throughout these two days and have come out victorious.

Football needs younger representation at the very top, not these 50-80 year olds staying for however long they want. It needs people with vision, plans and willingness to make the game of the fans, for the fans.

Lest we forget, ALL of this undoing was achieved by the supporters and ex-players calling for it to be reversed. Football is not a cartel, it will never be. The time is ripe for a new generation to take charge, to lead these so-called “major clubs” into a new era.

Petr Cech pleading with Chelsea fans to let the team bus in. pic.twitter.com/BzPtUU7JC9

Give control back to the fans now; appoint people who have the club’s best interests at heart instead of your own bank balances. The time for change is now and perhaps younger representation is the way forward to interven in situations such as the Super League.