All Six Premier League clubs that were a part of the newly announced ‘Super League’ have now withdrawn from the same after receiving hefty backlash from the fans, players, the UK government and the football ecosystem in general.

And now The Super League has released a statement that League is suspended for an ‘indefinite period’ and will return after undergoing structural changes.

STARTED OFF BY THE SHIEKS

Reports had started to heavily sprung up earlier in the day that various executives from the Premier League big six were unhappy about the execution of the Super League after the enormous backlash that was received through social media. These executives felt that they had been thrown under bus by the ringleaders and were rethinking their decisions regarding the Super League. 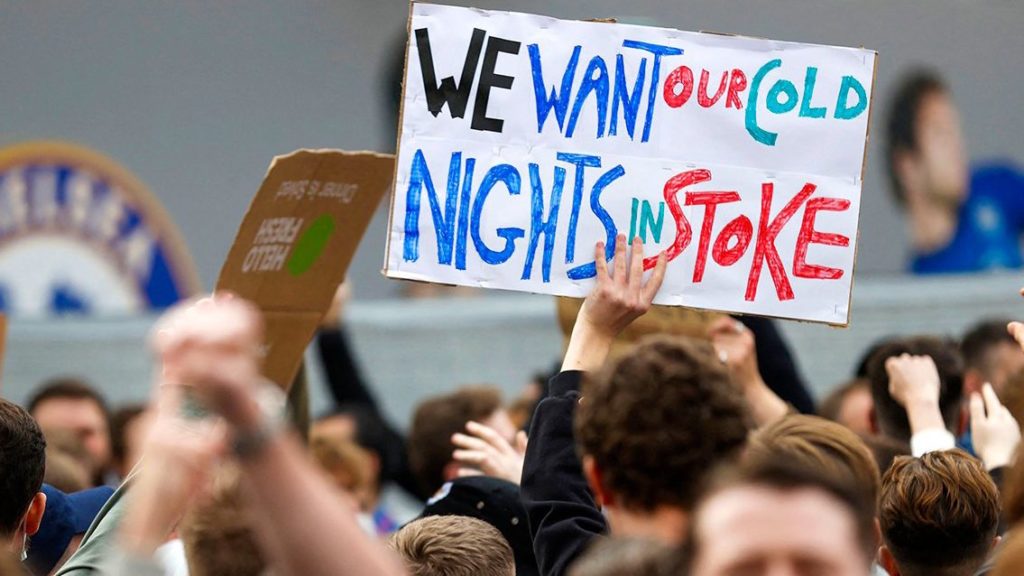 Protests were started by fans outside various stadiums across England, specially in London as fans of Chelsea blocked entry to the Chelsea players who were to face Brighton at Stamford Bridge in their Premier League tie.

This prompted club director Petr Cech to engage with the fans as he tried to calm them down by saying them to give time and decision will be taken.

@PetrCech telling us people will sort it out! and let the bus in #NoToEuropeanSuperLeague @ChelseaFC pic.twitter.com/VEkDxmFVNy

Eventually, as mentioned in our earlier report, Manchester City and Chelsea had reportedly started the documentation to formalize the procedure of pulling out of the Super League.

And within hours of this development, Manchester City became the first of the Twelve breakaway clubs to withdraw officially from the Super League after the announcement in a club statement through their social media channels. The statement read:

“Manchester City Football Club can confirm that it has formally enacted the procedures to withdraw from the group developing plans for a European Super League.”

Soon after Manchester City announced their withdrawal, the remaining Super League members convened for an emergency meeting, headed by Florentino Perez, to discuss the state of the other clubs, mainly the Premier League ones.

And as the meeting concluded, the remaining five Premier League clubs announced their withdrawal from the Super League through their own club statements.

“We have listened carefully to the reaction from our fans, the UK government and other key stakeholders. We remain committed to working with others across the football community to come up with sustainable solutions to the long-term challenges facing the game.”

Tottenham Hotspur Club Statement read: “We can confirm that we have formally commenced procedures to withdraw from the group developing proposals for a European Super League (ESL).”

Chairman Daniel Levy said: “We regret the anxiety and upset caused by the ESL proposal. We felt it was important that our club participated in the development of a possible new structure that sought to better ensure financial fair play and financial sustainability whilst delivering significantly increased support for the wider football pyramid.”

Liverpool said: “Liverpool Football Club can confirm that our involvement in proposed plans to form a European Super League has been discontinued.”

“In recent days, the club has received representations from various key stakeholders, both internally and externally, and we would like to thank them for their valuable contributions.”

Arsenal said: “The last few days have shown us yet again the depth of feeling our supporters around the world have for this great club and the game we love.”

“As a result of listening to you and the wider football community over recent days we are withdrawing from the proposed Super League. We made a mistake, and we apologise for it.”

Chelsea said: “As reported earlier this evening, Chelsea Football Club can confirm that it has begun the formal procedures for withdrawal from the group developing plans for a European Super League.”

“Having joined the group late last week, we have now had time to consider the matter fully and have decided that our continued participation in these plans would not be in the best interests of the Club, our supporters or the wider football community.”

AC Milan and Inter Milan are also reported to have left the Super League as we await for further details.

Inter Milan preparing to announce they no longer want any part of the European Super League.

With the Premier League Big Six and potentially both Milan clubs out of the Super League, only 4 clubs, Real Madrid, Atletico Madrid, Barcelona, Juventus, remain. Reports have emerged that UEFA had offered money for the Premier League clubs to withdraw, but it has to be seen whether this is true or not.

🚨| The same offer was not made to the Spanish clubs, who are seen as the associations enemy. @mundodeportivo #rmalive

But, Florentino Perez and the other remaining clubs are adamant that the Super League will go ahead but without the English clubs.

In regards to the same, the Super League have released a statement that, due to outside pressure, the English clubs have withdrawn and that they will soon reconsider the structure and return back. 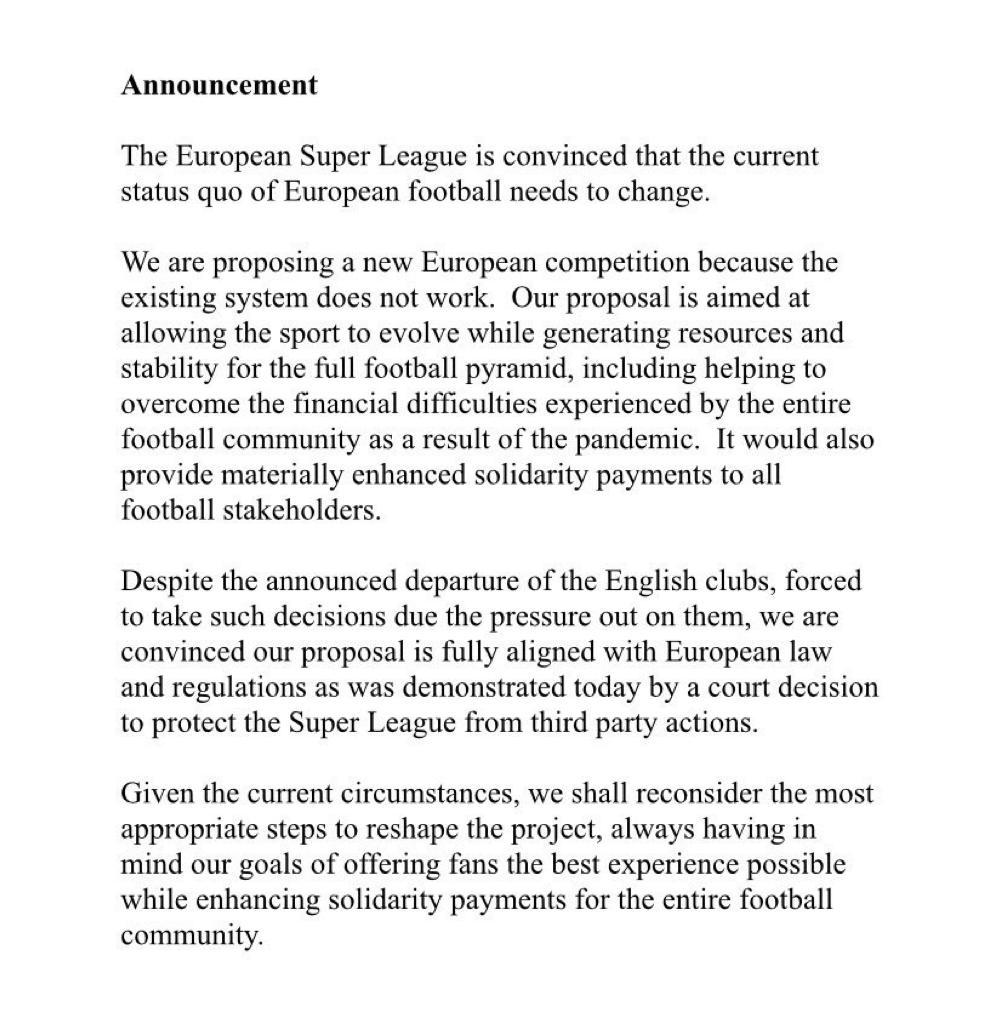 But will the Super League return for sure?

ONLY TIME WILL TELL.