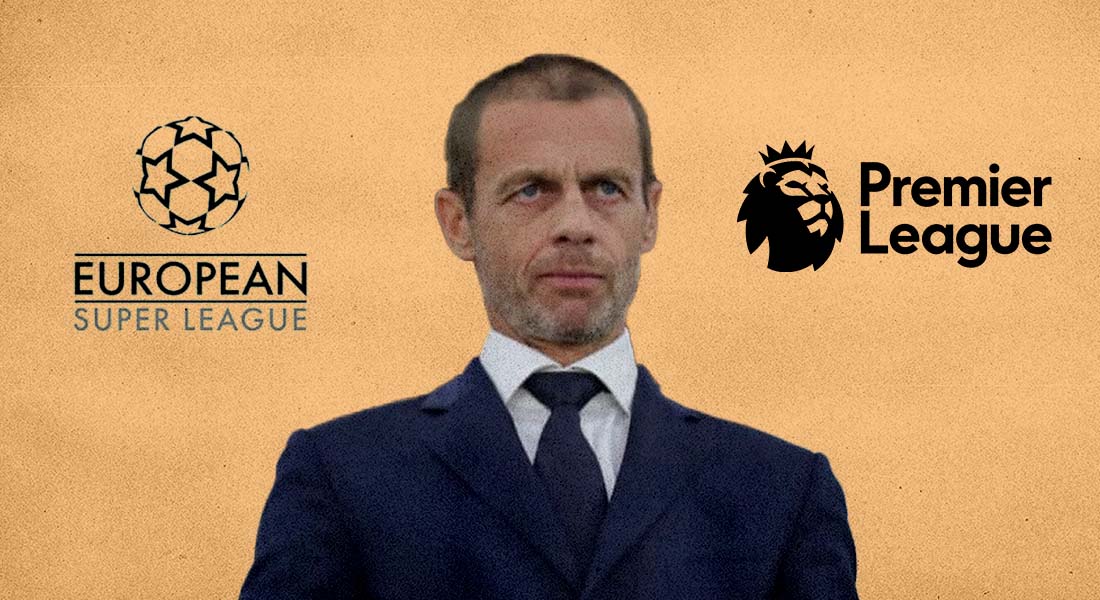 UEFA president Aleksander Ceferin has announced that the clubs involved in the failed takeoff of the European Super League will be facing some sort of punishment. Speaking to The Daily Mail, Ceferin confirmed that fears held by many as he made it clear that, “Everyone has to take consequences for what they did and we cannot pretend nothing happened.”

He further stated that these clubs have brought it on themselves and they cannot just come “with billions” and destroy long practiced traditions and the fabric of competition in the sport.

After the epic collapse of the Super League within 48 hours, everyone around the footballing world were pretty much sure that some kind of punitive action had to happen. UEFA, FIFA and domestic competitions just cannot have a new breakaway league to happen which will pull at their revenue streams and broadcaster rights.

UEFA says the 12 founding ESL clubs will face consequences, the first will be “they will live with shame" with proper sanctions to come. Several big clubs are asking UEFA for sanctions for the 12. [@mohamedbouhafsi]

Ceferin has been scathing in his attacks on the founder clubs and their owners, terming their “liars” and “snakes.” UEFA had also approved the new format of the Champions League to be started from 2024, but says that there might be further changes in light of disapproval by some managers.

Drawing a line among the clubs involved, Ceferin categorized them into three groups- the English Six who dropped out in the beginning led by Manchester City, the next three clubs (Athletico Madrid, Inter and AC Milan) and the “ones who feel that Earth is flat and they think the Super League still exists. And there is a big difference between those.”

UEFA President Ceferin to Daily Mail: “Real Madrid, Barcelona and Juventus will receive the harshest punishments. They're flat-Earthers who still believe the Super League exists. They're the teams who are most under threat of expulsion from next season's CL”.

This might seem to suggest that the Premier League clubs may not bear the brunt of the punishment as the Slovenian also acknowledged their apologies which seemed to sit good with him. He was also highly appreciative of British PM Boris Johnson and Cultural Secretary Oliver Dowden saying, “They were on the right side of history at the right time. And this is impressive.”

WHAT KIND OF PUNISHMENT CAN BE GIVEN?

With UEFA set to reveal the punishment in the upcoming days, the speculation has been rife as to what it might be. Potential sanctions may include being banned from next season’ Champions League, large fines for clubs and owners, points being docked etc. The governing body has made it clear that they won’t have a repeat this situation in the future and necessary steps will be taken. What remains to be seen is whether it will apply to the twelve clubs as a whole or vary in severity.